Ontario closes border with Quebec to essential travel only

MONTREAL -- The Quebec government announced specifics of the plan to limit travel between Ontario and Quebec after Premier Doug Ford announced the new measure to curb the spread of COVID-19.

According to a statement from the Quebec's Public Security Ministry, only a select group of people will be permitted to enter the province by road from Ontario. Those include: 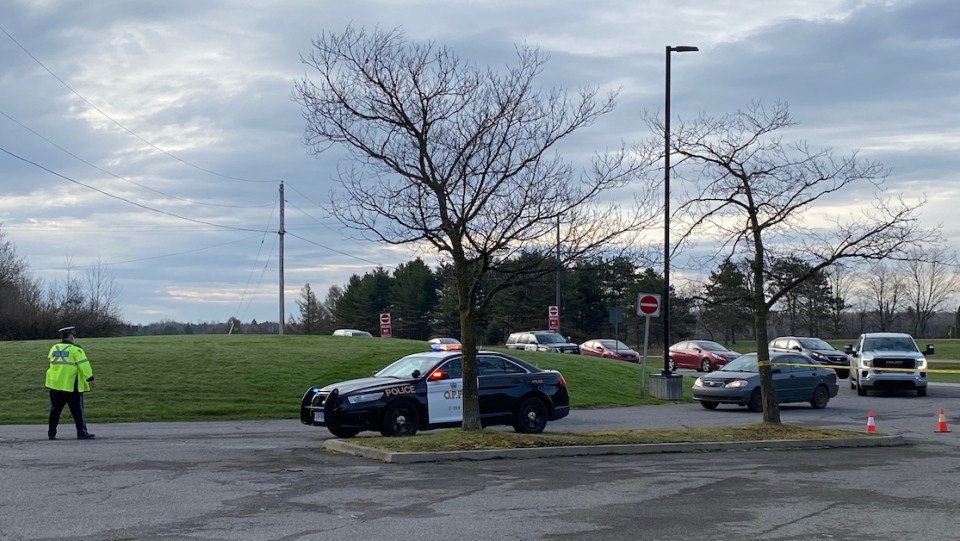 Police screen travellers at the border between Ontario and Quebec on April 19, 2021. Ontario Premier Doug Ford ordered the borders with Quebec and Manitoba to be closed in an attempt to limit the spread of COVID-19 as the province has seen a surge of new cases in recent weeks. (Kelly Greig/CTV News)

The government also specified that people entering the province from Ontario to return to their main residence must self-isolate there for 14 days. Some exceptions apply, such as those who are in the province for humanitarian reasons or to give or obtain medical care.

The new measure led to heavy traffic congestion at the Ontario-Quebec borders in Gatineau Monday morning as officers questioned drivers. Officers are to be posted at all times on the Ontario side of the Champlain, Portage, Chaudière and Macdonald-Cartier bridges, as well as at the Quyon and Bourbonnais ferry docks. The same applies to the Alexandra Bridge, as the decree also applies to pedestrians and cyclists.

As of Monday, drivers leaving Quebec will have to go through an Ontario Provincial Police checkpoint. Those not travelling for one of the reasons listed above will be turned around.

In April, 2020, the Quebec government shut down the border between Ottawa and Gatineau to prevent the spread of COVID-19.