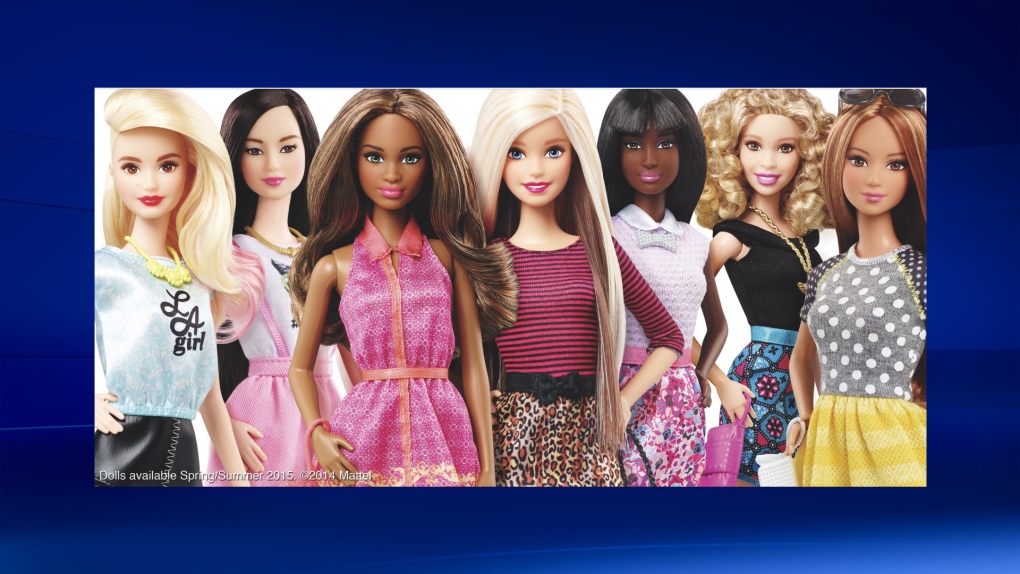 The new Barbie dolls are of different ethnicities to better relate to multicultural girls and their mothers. Mattel, the toy company behind the plastic dolls, said there were some signs of improvement for Barbie after years of falling sales. (Mattell via the AP)

NEW YORK -- Things are finally looking up for Barbie.

Mattel, the toy company behind the plastic dolls, said there were some signs of improving demand for Barbie ahead of its planned makeover of the brand, including Barbie dolls with different skin tones, eye colours and nose shapes to better relate to multicultural girls and their mothers.

The El Segundo, California, company also reported better-than expected financial results for the first quarter and its shares rose more than 5 per cent on Friday.

Mattel said late Thursday that more people were buying Barbie dolls in U.S. stores. BMO Capital Markets analyst Gerrick Johnson said the rise was a "positive" development in a note to clients. However, Mattel said overall sales of the brand including sales to retailers were still down 14 per cent, largely because of the stronger dollar.

Barbie sales have fallen as kids turn to tablets and other toys. Mattel hopes to reinvent the brand this year. In June, Barbie have 23 new looks with different skin tones and hair colours. One has freckles, a wide nose and curly hair. Another has almond-shaped brown eyes and dark skin. Mattel said it wants to make dolls that girls and their moms can better relate to. The dolls will be part of its core Fashionista line.

"This will be an important cultural milestone for the brand," said Richard Dickson, Mattel's president and chief operating officer, in a conference call with investors on Thursday.

As part of the launch, Barbie will also get a photo spread in Italian version of fashion magazine Vogue. Mattel said that it will also release three Barbie movies this year, one more than usual. The movies, which will air on cable channel Nickelodeon and be released on DVD, can increase sales of the doll, the company said.

To develop new toys, Mattel announced Friday that it will partner with Quirky, a company that helps inventors bring their ideas to life. With the partnership, Mattel and Quirky will seek ideas from customers for new toys and games. "This marks a new era for Mattel," said Dickson, in a written statement.