MONTREAL -- Researchers at the MUHC think they’ve found a way to use Opal, a bilingual mobile application developed by scientists at the institution, to ensure that non-hospitalized COVID-19 patients still get the care they need.

"Most of the patients with COVID-19 will have no symptoms or will have mild symptoms, but they are alone at home and it’s a new disease and it's very stressful," said Dr. Bertrand Lebouche, the principal investigator for a new and just completed study.

He calls them "hidden patients" because the pressures of the pandemic on the health-care system and the issue of contagion mean they are tucked away at home and are neglected as a result.

It’s also been well established by now that people with the illness can deteriorate rapidly, and could suddenly require medical attention and even hospitalization.

"It’s not fun having to go to the ER and having to wait, however, it’s also not safe staying at home sometimes," said Lina del Balso, a fellow researcher, who is also a nurse clinician.

The challenge is that it can be very difficult for a COVID-19 patient to know when they’re at risk, so the goal of the pilot project was to determine if they could use technology to connect with patients to prevent the worst.

The Opal app was originally developed in 2014 at the MUHC to help people being treated at the Cedars Cancer Centre obtain easy access to their medical information and to help them communicate with their health-care providers.

"The COVID-19 study was a great example of getting data from patients on a daily basis using this communication tool we built," said co-creator of the app and RI-MUHC scientist John Kildea.

The app is being used today by more than 1,000 oncology patients at the MUHC, so a research team decided to see if it could be adapted to the reality around COVID-19.

HOW DOES IT WORK?

Montreal resident Jamie Ross, his wife, and two sons, all tested positive for COVID-19 in January to their great surprise.

"I thought I was being respectful of all the rules ... it seemed like just bad flu, it is winter time ... but we tested positive," he said. 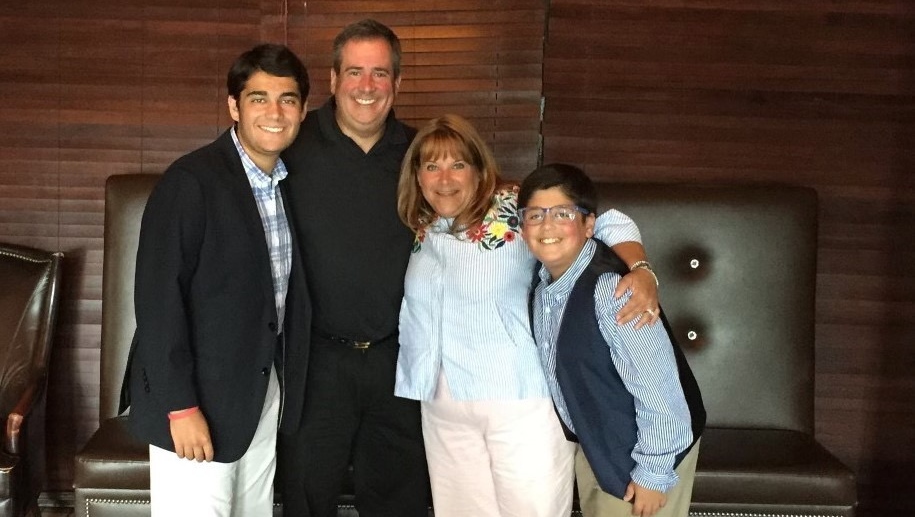 Initially, Ross felt all right, but a few days later he said he "got quite fatigued, quite run down to the point where I just wanted to lie in bed."

The 52-year-old man said he was "concerned" his condition would worsen and his case would "end up being what you see and what you hear," including a hospital stay or worse.

What helped him get through the fever and the night sweats was his participation along with about 50 others in the MUHC Opal application project.

First, Ross received a kit at his home containing a thermometer and a pulse oximeter to allow him to measure his temperature and his blood oxygen levels.

When he downloaded the app onto his phone, he immediately had access to a variety of features and resources, but his chief task was to fill out a daily questionnaire detailing his symptoms and his physical and mental health condition.

Each nurse practitioner involved in the study monitored about 9-10 patients at a time over about seven weeks.

After reviewing the medical data received via the secure and confidential app, the nurses back at the hospital were in a good position to evaluate how people were doing and whether anyone was having trouble.

"One of them had severe difficulty breathing and chest pressure," del Balso said, as an example.

"They did not ask to speak to me, but based on the symptoms, I called and requested a teleconsultation."

The researchers credit the easy communication between the patients and nurses by the application, for allowing them to get some people to the hospital before it was too late.

"Almost 10 per cent of our patients needed to go to the emergency room for worsening symptoms," said Lebouche.

He indicates that identifying the most vulnerable patients is a sign of the app's success and perhaps dire outcomes for future patients could be prevented if a real program was established.

"We have had almost 300,000 patients since the beginning in Quebec and 95 per cent were at home," Lebouche said, so a lot of people with active COVID-19 cases, now numbering in the many thousands, could potentially be supported from their homes.

'THE FUTURE OF HEALTHCARE'

Ross made use of the feature that allowed him to make a Zoom appointment with a nurse so that he could ask them about some bothersome symptoms.

He said it was "fabulous" to know he had somewhere to turn for personal advice, especially at a time when it’s hard to see your regular family doctor, or get into a clinic.

And he said he and the rest of his family have now recovered well and he appreciated the nurse's questions about everyone’s mental health. It offered the reassurance and support they needed.

"I really see this as the future of healthcare where patients have access to their own data, and are empowered with access to data they can share," said Kildea.

The research team will now analyze all their findings and envision pitching the idea to the health ministry in the hopes that it will also be viewed as a win-win: a benefit to the patients' health and an efficient way to optimize the health-care system.

The development of Opal was largely funded by the four MUHC foundations, while the COVID-19 study was supported by the McGill Interdisciplinary Initiative in Infection and Immunity (MI4) with seed funding from the MUHC Foundation.