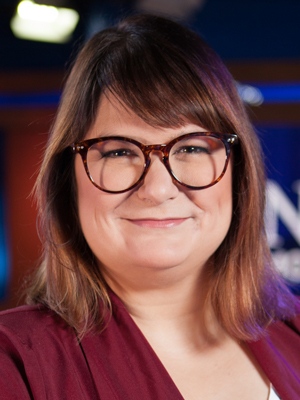 Amy Luft has worked as a digital reporter at CTV Montreal since 2010, producing content for the website and social media pages.

In 2018, her digital feature: Healing Wounds: Meet The Soliders Who Suffered Under The 'Gay Purge' was nominated for an RTDNA award.

When it comes to elections, Amy moves off the web desk and into a producer role: She has worked as a results producer for the last four provincial elections and the Quebec results specialist for CTV’s national election coverage for the 2015 and 2019 federal elections.

Amy is a passionate advocate for the rights of people with disabilities and works with StopGap Montreal to build and supply free portable ramps to local businesses that are inaccessible to people who use wheelchairs.