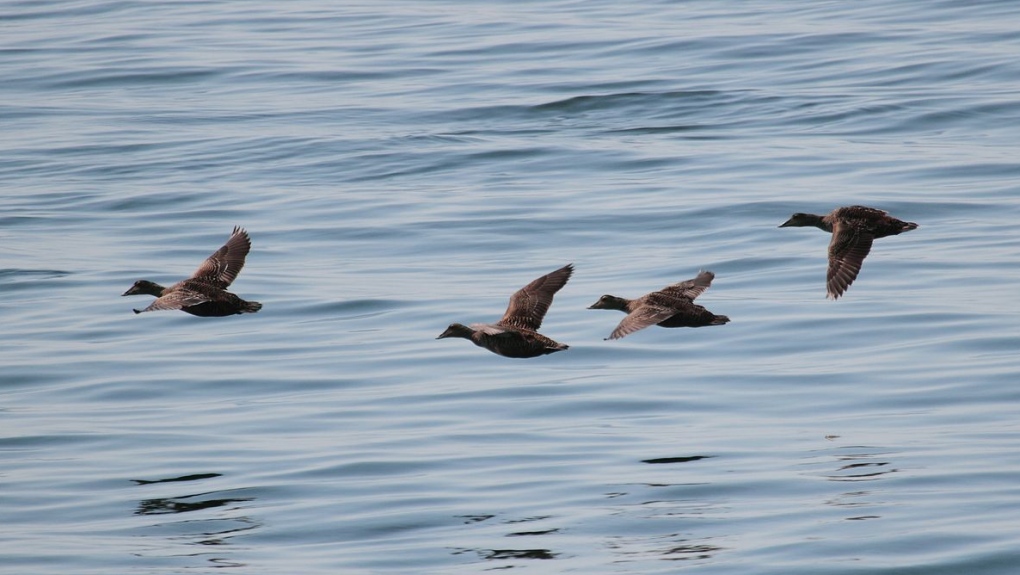 The avian flu virus has hit colonies of Common Eiders and Great Black-backed Gulls of the St. Lawrence.

More than 850 duck carcasses and 250 gull carcasses were found on the St. Lawrence islands and on the shores of the river in the middle of the eider nesting period, According to Jean-François Giroux, a retired UQAM professor and administrator at Société Duvetnor, which owns two islands in the Bas-Saint-Laurent region of Quebec.

This is the first time that the avian flu virus has been observed in eiders. Three epidemics affecting the birds' population have already occurred, the last one in 2002, but it was caused by avian cholera, a bacterium and not a virus. Right now, it's difficult to know how widespread the contagion will be.

One of Société Duvetnor's main activities is harvesting eiderdown. With fewer birds, the group is less able to harvest down, as down from dead birds cannot be used. The harvest will certainly be lower than in previous years.

Given the number of carcasses found and the proximity of the Duvetnor islands to mainland Quebec, it is quite possible that people will see them. Giroux said that even if the risk of contamination is low, the birds should not be handled.

Travellers can still visit and stay on the islands. Activities are not compromised, but visitors will be advised accordingly.

The biologist cannot say that this virus is the same one that is affecting the Northern Gannet colony.

People who may find carcasses are invited to report the presence of sick or dead wild birds by calling the wildlife hotline of the Ministère de la Faune, des Forêts et des Parcs at 1-877-346-6763.

- This report by MonTemiscouata.com / The Local Journalism Initiative was first published in French on June 1, 2022