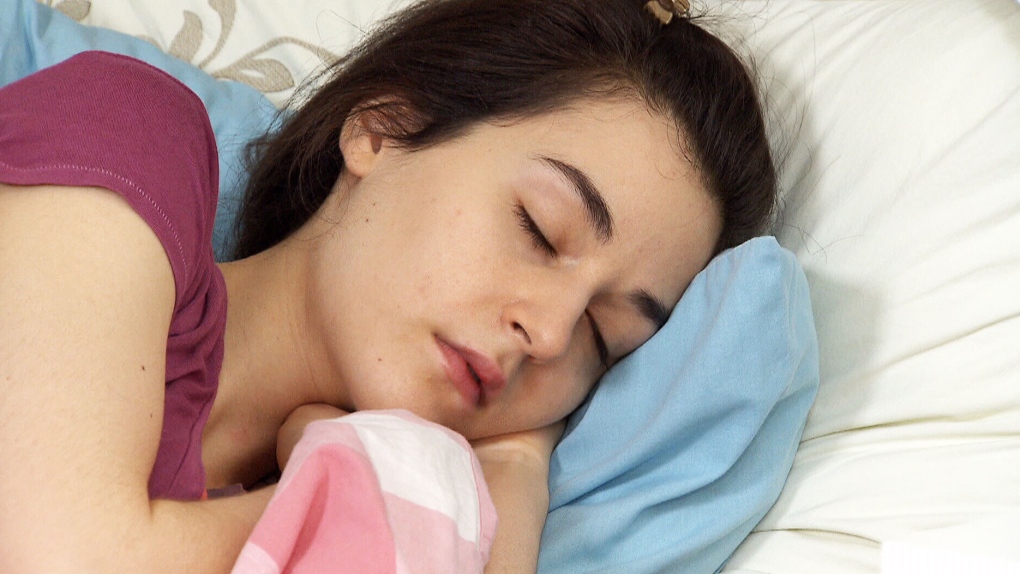 Because chronic fatigue is so little understood, families of sufferers have called for more research funding.

MONTREAL -- A new test developed by Montreal researchers is expected to improve the diagnosis and treatment of patients with myalgic encephalomyelitis (ME), a condition better known as chronic fatigue syndrome.

ME is currently diagnosed primarily by a process of elimination, as doctors check off other possible causes of the patient's symptoms.

Researchers from the University of Montreal and the CHU Sainte-Justine led by Professor Alain Moreau have now put their finger on a blood biomarker that can identify patients with ME.

"We based our test on the cardinal symptom of the disease, which is discomfort after exertion," said Moreau. "This is really what is most specific to myalgic encephalomyelitis."

The test could also allow patients to be grouped into subgroups, in order not only to better understand the molecular mechanisms involved in certain symptoms but also to better select patients who could benefit from certain treatments.

Finally, the test could allow early detection of patients in whom ME is developing, so that they can start treating them as quickly as possible.

Some patients with myalgic encephalomyelitis find themselves confined to their beds for several days just after a walk to the depanneur or completion of a questionnaire.

In such a context, it was problematic for Moreau to reproduce the "discomfort after effort" that the volunteers feel, without, at the same time, putting them on their backs for a long time.

The researchers, therefore, used an inflatable cuff, like the one used during therapeutic massages, to safely induce this discomfort.

"This mechanical stimulation creates a certain effort, a response, while the participant is simply seated in a comfortable chair," explained Moreau. "We do that stimulation for 90 minutes."

It then becomes possible to differentiate "blind" participants with ME from normal subjects or those suffering from related diseases, such as fibromyalgia with 90 per cent accuracy.

The research takes on new importance in the context of the current COVID-19 pandemic since ME occurs in 75 per cent of cases after a severe viral infection. It could therefore threaten patients infected with COVID-19, especially if they experience long-lasting symptoms.

"We know that some of them will, unfortunately, develop myalgic encephalomyelitis, as well as some chronic forms of Lyme disease," said Moreau.

Myalgic encephalomyelitis affects 70,000 people in Quebec, 600,000 in Canada and 2.5 million in the United States.

The results of the work of Professor Moreau and his team were unveiled Thursday by the journal Scientific Reports.