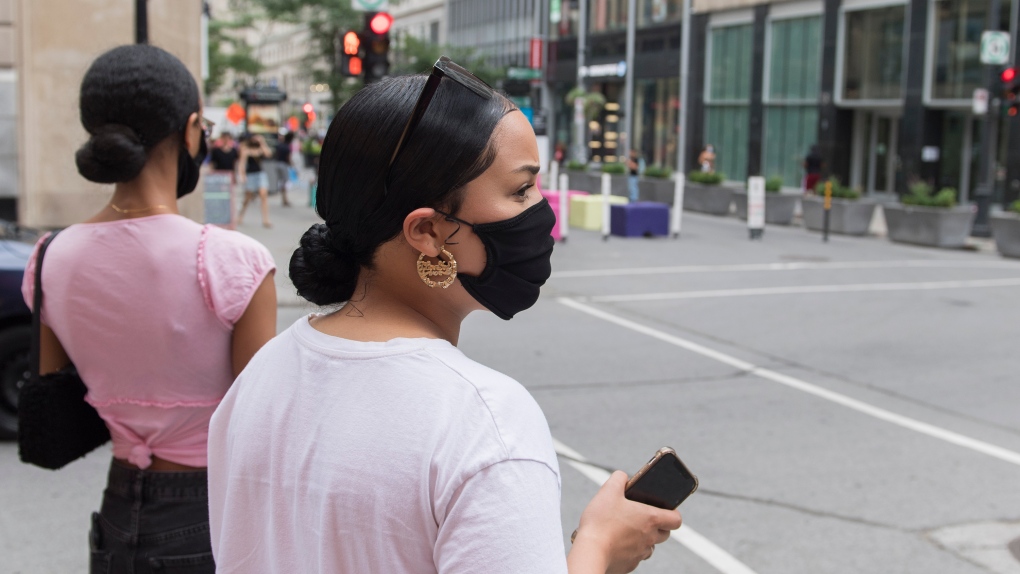 People wear face masks as they wait to cross a street in Montreal. THE CANADIAN PRESS/Graham Hughes

MONTREAL -- Montreal public health authorities are reporting that 250 more people have tested positive for COVID-19 in the last 24 hours. That is nearly 50 less than were reported Thursday, when 296 new cases were confirmed.

Officials have also reported five new deaths in Montreal. This brings the total number of deaths due to COVID-19 up to 3,506.

The total number of positive cases on the island has now reached up to 38,677 since the beginning of the pandemic.

Of the 250 new cases that were reported, 72 of them were from the east health and social services centre (CIUSSS), 59 from the centre-west CIUSSS, 57 by the north CIUSSS, 38 from the west CIUSSS and 34 by the south-central CIUSSS.

In the last 24 hours, the region with the highest increase in cases was the Cote-des-Neiges-Notre-Dame-de-Grace borough which saw 29 new cases (3,192 total cases), Followed by Rivière-des-Prairies–Pointe-aux-Trembles with 25 new cases (2,760 total) and Villeray-Saint-Michel-Parc-Extension with 23 new cases (3,113 total).

Montreal North has reported the most cases since the start of the pandemic with 3,229 total cases and a rate of infection of 3,833.4 per 100,000 people. That borough reported 14 new cases on Friday.