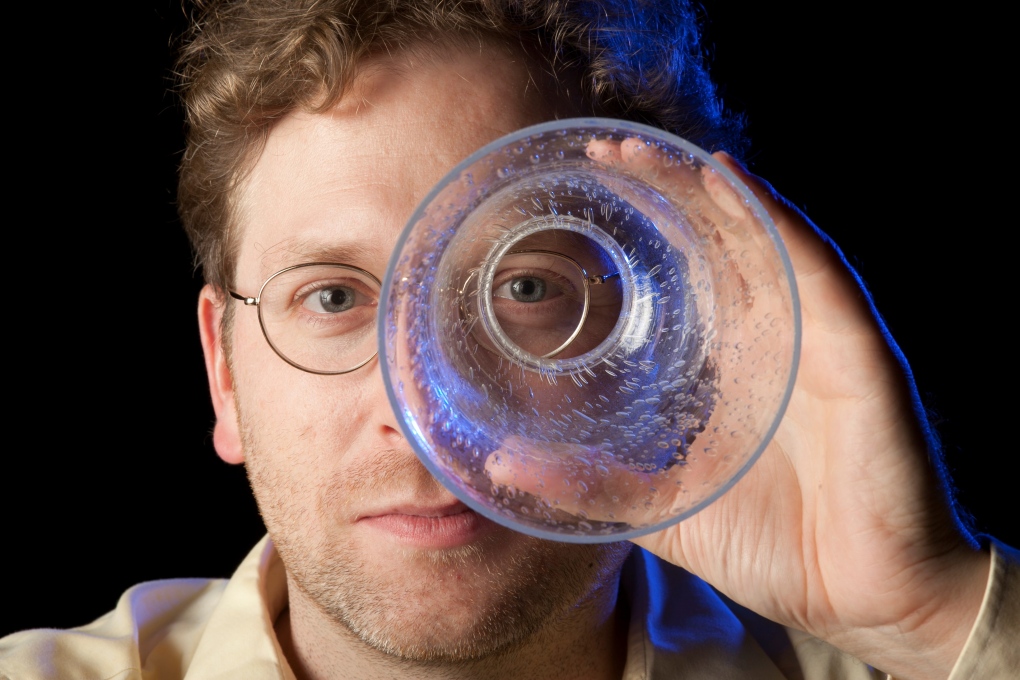 Scientist Patrick Charbonneau, the Quebec-born scientist whose research has been linked to this year's Nobel Prize in Physics, says he hopes to inspire Canadians to value science. THE CANADIAN PRESS/HO-Duke University Communications
Montreal -

A Quebec-born scientist who has contributed to research that won his collaborator this year's Nobel Prize in Physics says he hopes to inspire Canadians to value science.

The Montreal-born Duke University professor said Thursday in an interview from North Carolina that Parisi's prize is the culmination of decades of research.

"We had been hoping for this for many years, but at the same time, we had a hard time believing that it would ever happen because this was not the result of recent advances," he said.

But he said that above all, the Nobel Prize is a collective opportunity to celebrate science, which has become more meaningful than ever in the last year and a half as the world has struggled with the COVID-19 pandemic.

"The communities which believe and which have accepted to get on board are doing better today, from a public health point of view in particular, than those that refuse," Charbonneau said.

"So my message for the people of Quebec is to continue to value, to believe in science, because it's important."

Parisi won the Nobel Prize for his work in explaining disorder in physical systems ranging from atomic to planet-sized.

His discoveries "make it possible to understand and describe many different and apparently entirely random materials and phenomena, not only in physics but also in other, very different areas, such as mathematics, biology, neuroscience and machine learning," the Royal Swedish Academy of Sciences said in a news release Tuesday announcing the prize.

Charbonneau's work with Parisi has focused on one kind of disordered material -- specifically glasses -- which he says are poorly understood despite being used by humans for thousands of years and being found in everything from window panes to cellphones.

"Those materials are really ubiquitous, but we don't have a good understanding as to what makes them solid, what's the microscopic origin of rigidity," he said.

While his work is theoretical and focuses on molecular simulations, he said it could contribute to a better understanding of the commonly used material.

Charbonneau is originally from Montreal, where he grew up in the Ahuntsic district and sang in a well-known choir as a child. He obtained his undergraduate degree at McGill University before moving on to Harvard and eventually making his way to Duke University in 2008, where he is a professor of chemistry and physics.

Melanie Joly, the MP for his home neighbourhood, congratulated Charbonneau on Twitter, saying there's "a little bit of Ahuntsic in the 2021 Nobel Prize in Physics."

"Congratulations dear Patrick, we are extremely proud of you!" she wrote.

Charbonneau said that being cited by the Nobel committee is a big honour, adding that it's one he hopes will bring greater attention to his area of work.

He said he marked the win with a bottle of champagne with his wife, and is looking forward to meeting up for a celebratory dinner with his collaborators from France and Italy when he travels to Europe later this year.

This report by The Canadian Press was first published Oct. 7, 2021.

Egyptian intelligence officials have called for a cease-fire to begin at 11:30 p.m., indicating that a deal has been struck to end the violence in Gaza that has killed dozens of Palestinians.