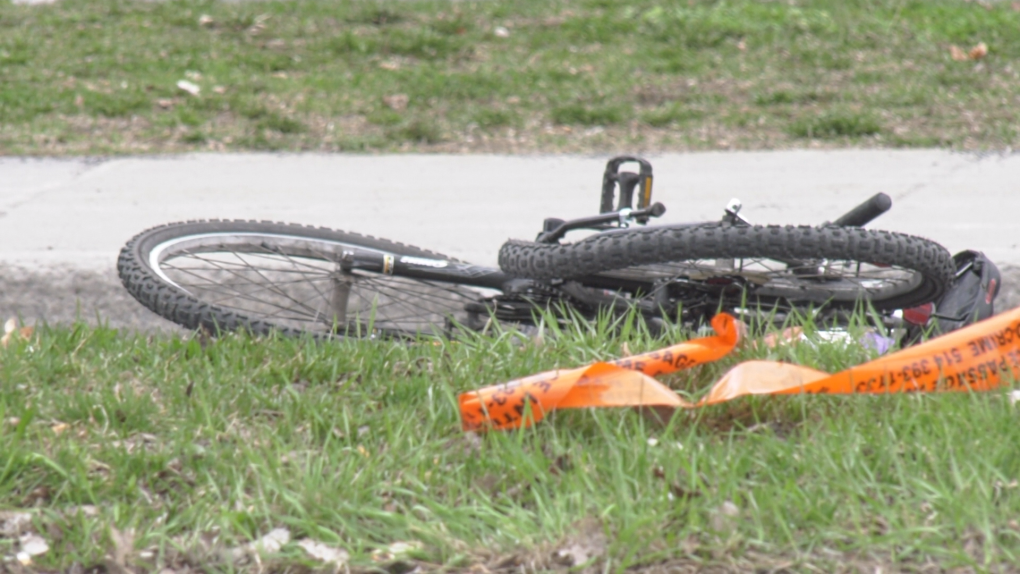 A bike lays at the scene of an accident between a cyclist and a driver of a large truck, who left the scene at Henri-Bourrassa Boulivard and de Bois-de-Boulogne Avenue on April 10, 2021. (Kelly Greig, CTV News)

MONTREAL -- A cyclist was allegedly struck Saturday morning by the driver of a large vehicle who left the scene, according to Montreal police.

It was a call to 911, shortly after 5 a.m., which alerted the emergency services to the incident at the intersection of Henri-Bourrassa Boulivard and de Bois-de-Boulogne Avenue.

The cyclist, a 53-year-old man, was travelling east on Henri-Bourrassa. After the incident, he was taken to hospital in critical condition.

“According to initial information, there was a collision with a vehicle, possibly a ‘tool’ vehicle,” said officer Véronique Comtois, spokesperson for the Montreal (SPVM). Later on, another spokesperson, Raphaël Bergeron, said "the description (of the vehicle) remains to be determined."

"Investigators are on the scene to try to see with video tapes from surveillance cameras of businesses in the area exactly what type of vehicle was involved in the accident, '' he said. 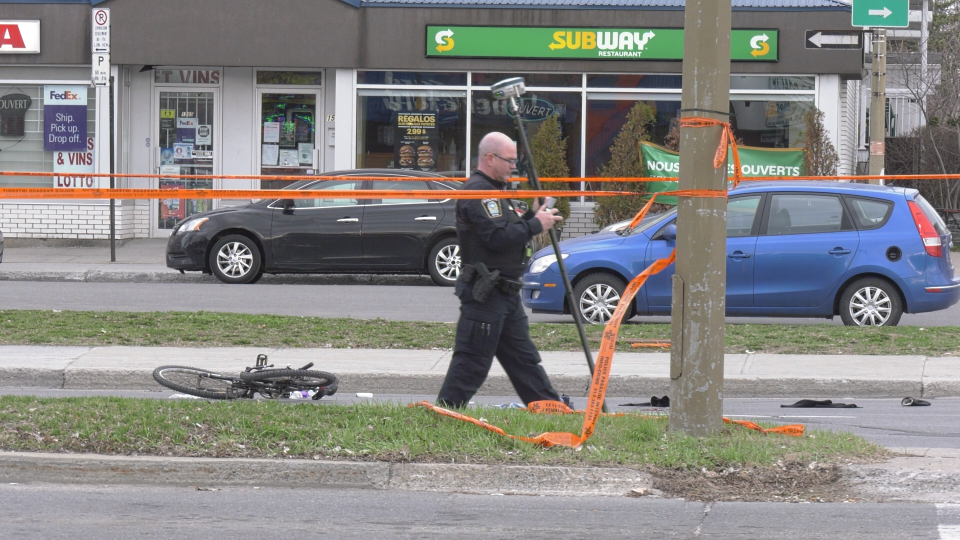 A Montreal police officer at the scene of an accident between a cyclist and the driver of a large vehicle at Henri-Bourrassa Boulivard and de Bois-de-Boulogne Avenue. The cyclist was brought to hospital, though his condition is still unknown. (Kelly Greig, CTV News)

The area was blocked off Saturday morning while investigators looked into the circumstances of the incident.

"For now, the file is considered to be a hit-and-run, but the hypothesis that the driver of the tool truck would not have noticed the impact with the cyclist is also being considered by our investigators," said Bergeron.

On Thursday, a 33-year-old cyclist was killed after colliding with a vehicle in Montreal's Plateau neighborhood.

The cyclist was pronounced dead at the scene. The driver, also a 33-year-old man, was rushed to hospital after his vehicle flipped over on Papineau.

While details into the cause of the accident are still to be determined, Deslauriers said the accident may “not necessarily [have been] the driver's fault."

"It might be," he said, "but it’s also how the city is made. It’s the Highway Safety Code that allows us to go very fast." 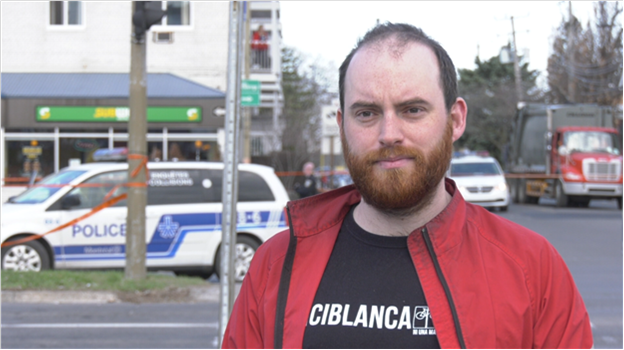 Ghost Bikes Montreal Spokesperson Laurent Deslauriers says the government has a lot of work to do to make the city street's safer for cyclists. (Kelly Greig, CTV News)

"We want politicians to modify the laws, how they plan the city," he said, adding that it's important for more people to get out on their bicycles to encourage the city to prioritize bike safety.

"The more of us there are, the safer we are."

-- With files from CTV News Reporter Kelly Greig and The Canadian Press.