MONTREAL -- A video showing a Montreal police officer punching a man in the head as several other officers hold him to the ground has garnered outrage online, with many accusing police of using excessive force.

The officer seen punching the man also appears to put his arm around the man's neck.

“They’re choking him,” said a witness off-screen, “why are they choking him?”

Today at Jeanne Mance @SPVM chased and tackled a man until he passed out and continued to beat him once he woke up. Police brutality and racism are intrinsic parts of modern policing #DefundThePolice @defundthespvm pic.twitter.com/K0wzM3lfZS

According to Montreal Police (SPVM) Inspector David Shane, officers approached the man who was allegedly drinking alchohol in Jeanne Mance Park, which is against municipal bylaws.

"They asked him to stop...he continued," said Shane. "When they went to intervene with him, he adopted a combat position."

"He showed officers that he meant to become physical and actively resist," he said. "The individual hit the officers, and he also tried to bite one of them."

The man, who's name is not yet public, was arrested for assault on a police officer, and for obstructing police work. He was brought to a detention centre before being released on a promise to return to municipal court at a later date. He was also given a ticket for allegedly drinking alchohol on public grounds.

Nick Reich was in the park at the time and captured part of the incident on video. He called the officers' actions "shocking."

"I saw the cops running and then I saw the person running away from them. He was standing 20 feet from me, with his friend... This guy ran away and (a police officer) couldn't catch him so they chased after him on a bicycle and just tackled him," he said. "I saw them talking to him and then he started running away."

After the man was on the ground, Reich said police barricaded off the scene with their bicycles and one officer aggressively told the crowd to back up while wielding his baton.

"They shoved his face into the dirt and they were leaning on him. He was saying 'get off me, I can't breathe.' There must have been six or seven officers on the guy. It was just very aggressive for what it was. Their level was 10 times higher than what it should have been."

Reich said a police car came onto the grass, running over some people's belongings, and the man was placed into the car.

Reich said one of the officers involved in the chase had been going to groups in the park and acting aggressively.

"He came up to my group and without warning grabbed (a beer) out of my girlfriend's hand and spilled it out. He was basically provoking people," said Reich. "This one guy, I don't know what his problem was."

NECK HOLD 'CAN BE EXTREMELY DANGEROUS'

Alain Babineau, a retired RCMP staff sergeant and advocate on issues of racial profiling and police brutality, specifies that the officer was likely trying to use a "carotid restraint," which is similar to a chokehold, but doesn't cut off airflow to the person being restrained.

“If improperly applied, [a carotid restraint] can be extremely dangerous,” said Babineau.

“When it's not properly applied, it can cause the death of a person. It becomes a lethal maneuver.” 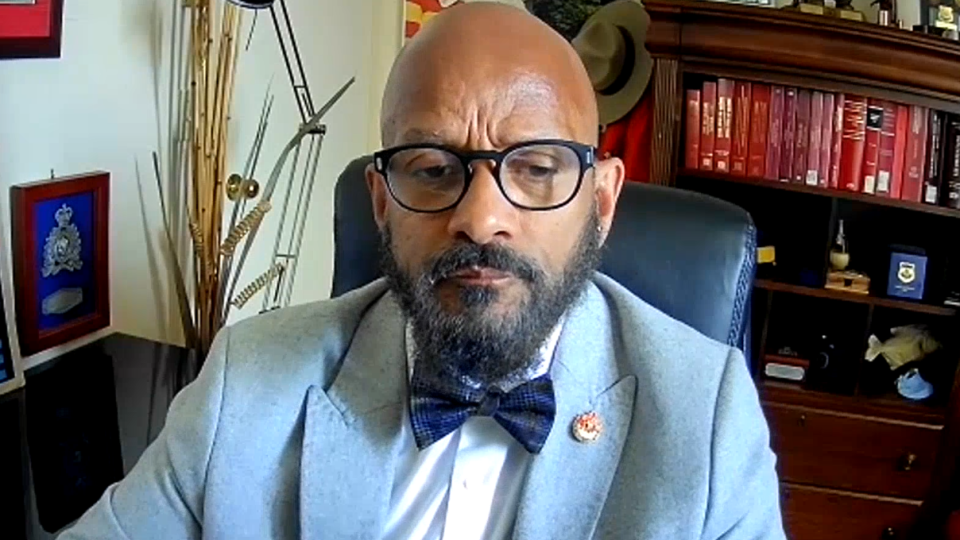 Alain Babineau, a retired RCMP staff sergeant, says the carotid maneuver is more commonly used by officers when they fear for their own safety.

He says it’s difficult to determine what level of force was necessary based on video of the event.

Typically, he says, a chokehold-type maneuver is a “last resort method,” used more commonly when an officer is alone and fears for their own safety.

“In Montreal, when backup is a stone’s throw away, the use of a carotid restraint should be kept to a minimum,” he said. “It should be a life and death situation, really.”

"Sometimes officers will use diversion techniques when the situation escalates fast, and the officer's safety is in jeopardy," said Shane.

"In this case, the suspect was trying to bite the officer, and the officer reacted in order not to be bitten."

Shane says the suspect's teeth were "in [the officer's] clothes and going for his arm." 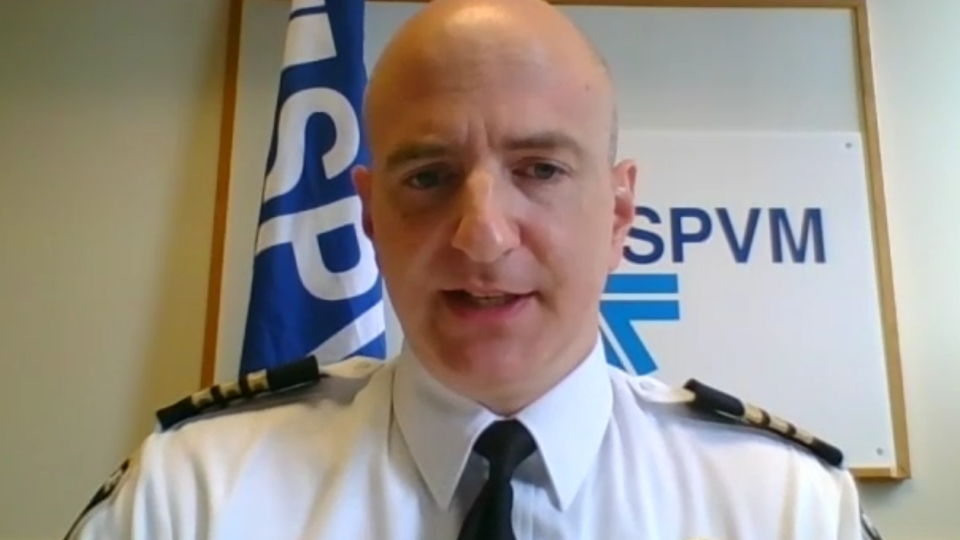 SPVM Inspector David Shane says the SPVM is still investigating the circumstances of the incident.

"There has to be different tools in the toolbox," she said, adding that the cameras would allow better transperency to determine whether excessive force was used.

For now, the only known video of the event was shot by witnesses. With bodycams, "we can also have the beginning, the middle and the end," said the mayor. "I think this is very important."

"The SPVM is participating with the minister of public security on an initiative looking into the the possible introduction of body cams all over Quebec," said Shane. "The Montreal police department is open to the use of bodycams."