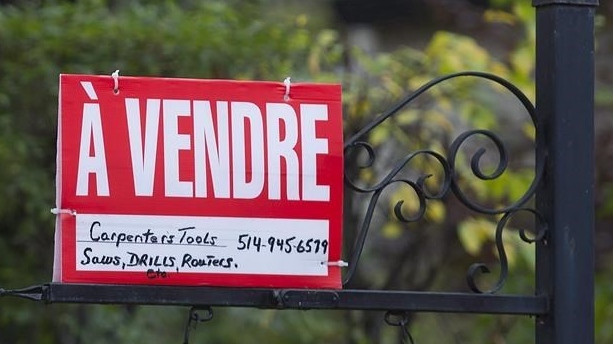 A home for sale sign is shown on the West Island of Montreal, Saturday, November 4, 2017. THE CANADIAN PRESS/Graham Hughes

A Quebec real estate organization says last month's Montreal home sales dropped by 17 per cent since last year, making it the least active April the market has seen since 2017.

Charles Brant, the association's director of market analysis, took the figures indicating it was the most subdued April in the last five years to mean a significant slowdown has materialized after months of heated conditions.

He says the slowdown is most evident in the single-family home category, where sales rates comparable to this April haven't been since 2014, which was one of the least active periods in the last 20 years.

- This report by The Canadian Press was first published May 4, 2022.