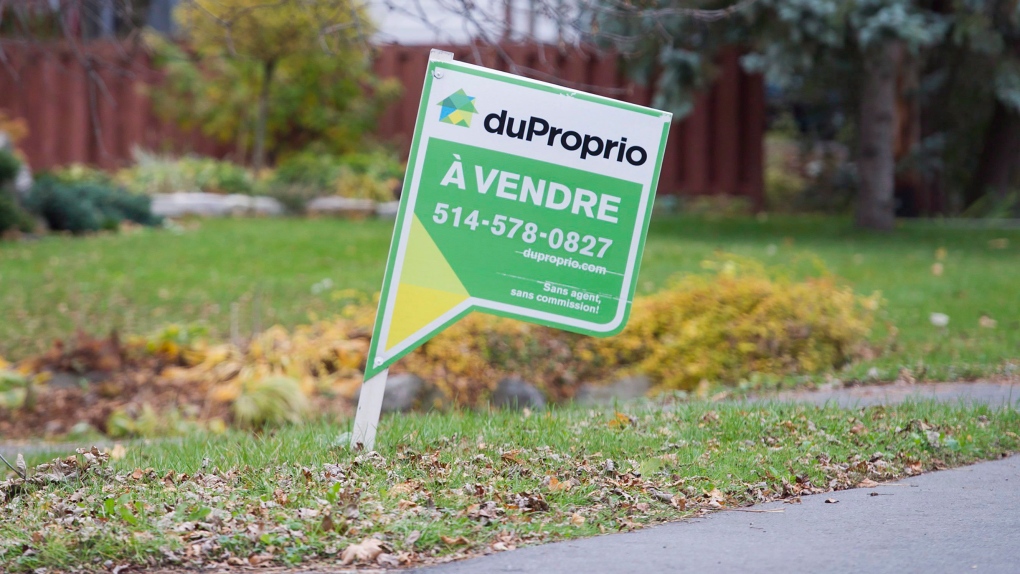 A home for sale sign is shown on the West Island of Montreal, Saturday, November 4, 2017. THE CANADIAN PRESS/Graham Hughes

The Quebec Professional Association of Real Estate Brokers says Montreal's February sales were down by 12 per cent since last year, as the market grappled with a lack of listings.

The association says 4,399 homes in the market changed hands last month, a drop from 5,025 last February.

It attributed the slowdown to February 2021 being a frenzied month and noted that last month's sales were in line with average sales levels seen back in 2016.

The association says new listings sat at 5,899 last month, a four per cent decrease from 6,130 during the same month the year before.

The association's director of market analysis, Charles Brant, says pressure on prices remains high, but he sees an easing coming after the Bank of Canada hiked the interest rate to 0.5 per cent this week.

- This report by The Canadian Press was first published March 3, 2022.