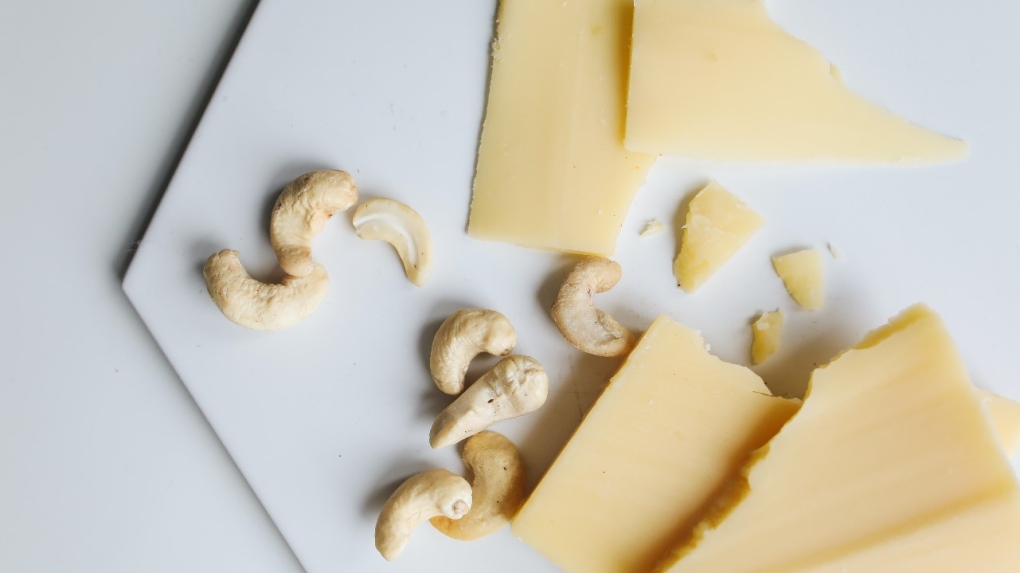 Photo by Polina Tankilevitch from Pexels

MONTREAL -- Get ready for the new constitutional language-law crisis in Quebec -- and no, it's not about French.

A Montreal company is being sued by the City of Montreal for using the word "cheese" to describe its vegan, cashew-cream product, which describes as being a kind of "cream cheese."

Last week, however, a judge declined to issue a ruling in the case -- at least not yet -- agreeing instead to hear the company's constitutional argument, challenging the 1979 law that bans it from using the word "cheese."

"It's an old law -- it's from 1979. It doesn't reflect the society of today," said Victor Belev, the president of Rawesome Raw Vegan company, which makes the cashew-based cheese.

The vegan cheese labelling fight has been fought before, but apparently not in court in quite the same way.

A British-Columbia-based company, Blue Heron, tangled with the Canadian Food Inspection Agency and ultimately won the right to use the "cheese" label for its products.

But Rawesome decided to tackle things in a broader way, potentially ultimately changing things for the industry as a whole, after the city accused it of the language infraction.

In 2021, there are more reasons than ever to eat and promote vegan products, said Belev, and besides, people understand when they're buying something non-dairy -- the producers aren't trying to hide it, but just to describe what type of product they're emulating.

Rawesome's full description for the product in question is "non-dairy cultured cashew cream cheese," which is meant to help convey the texture and density, Belev said.

"We do vegan cheese for many reasons. One of the reasons, obviously, is environmental," he said.

"The market shows us that there's demand for these products... so it's important, it's very important, for the consumer to know what they're consuming and what we're trying to do here, you know?" he said.

"And that's why it's important to use the word 'cheese,' with all the other descriptors... just so the consumer knows that okay, this is actually supposed to look like cheese -- okay, let me try it."

The use of the word is already widespread, he said.

"If you look at other products in the market, they all contain the word 'cheese'... we're all actually using it. The stores are using it, and the public as well," he said.

The demand for non-dairy cheese is growing hugely, said food expert Sylvain Charlebois from Dalhousie University. It's up 31 per cent year over year, he said.

From what he knows, the vegan cheese language battle has been fought so far on a case-by-case basis, he said.

"The board has filled complaints against several products, but I don’t recall hearing about a legal case against the board," he said.

The CEO of Blue Heron, Karen McAthy, said that despite her company's high-profile tussle with the CFIA, it never went to court.

"We do not necessarily think that the contestation of the word cheese is a constitutional issue," she said.

They won anyway, with the CFIA saying they could use the word "cheese" in marketing materials provided that they preceded it by saying it was 100 per cent dairy-free and plant-based.

"We were also told that we could not use... identity terms such as cheddar, gouda, etc., because they have specific standards of identification," she said. But they can say a product is "cheddar style."

California also recently legally permitted the word "cheese" to be used for plant-based cheese, without permitting the same kind of identifiers, such as cheddar and gouda.