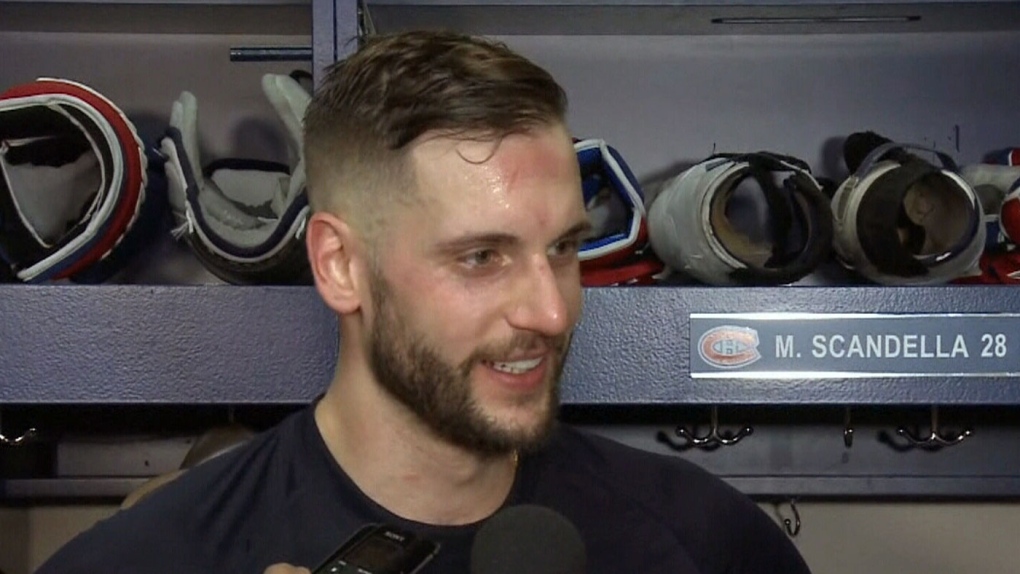 In exchange, the Habs received a second-round draft pick in 2020 and a conditional fourth-round pick in 2021.

The Montreal native had only recently joined the team. The Canadiens acquired him from Buffalo on Jan. 2 in return for a fourth-round pick in 2020. He played 20 games for the Habs, scoring one goal and recording two assists.

Scandella, who is 6-foot-3, 212 lbs., has played 569 NHL games with the Minnesota Wild, Buffalo Sabres and with the Habs. He has 136 career points over his ten seasons.

Scandella grew up in Montreal. He attended Willingdon Elementary and Royal Vale High School before playing in the Quebec Major Junior Hockey League and the American Hockey League on his way to the NHL.

In January, when he arrived in Montreal, the defenseman told reporters he was ecstatic to be home. "I'm happy. I'm just trying to drink it all in," he said. "I woke up this morning, and I was home, and I'm thinking, 'whoa is this real?'"