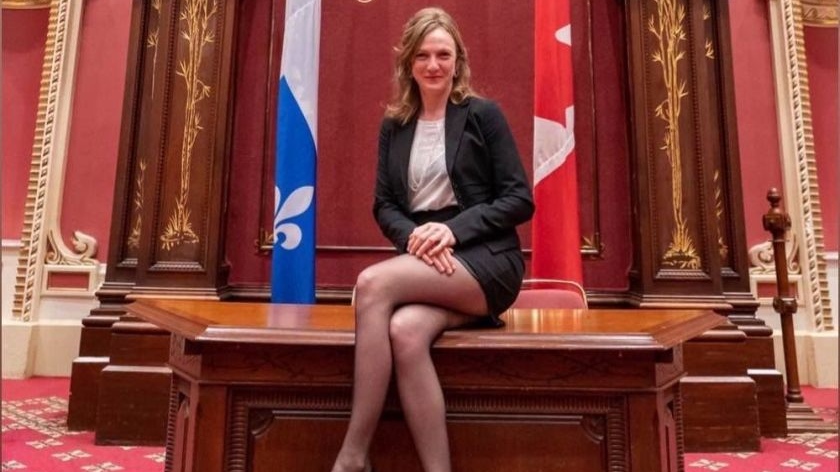 Quebec solidaire MNA Catherine Dorion posted to Facebook this photo of her sitting on the main desk of the Salon Rouge of the National Assembly.

MONTREAL - The wardrobe war between Quebec Solidaire MNA Catherine Dorion and the National Assembly shows no signs of abating.

Dorion caused a stir last week when she posted the above photo of herself sitting on the main desk at the Salon Rouge of the National Assembly, where official ceremonies are held in Quebec's legislature building.

The tongue-in-cheek photo said Dorion was wearing her Halloween costume - the joke being that Dorion, since her entry into the National Assembly last fall, has raised eyebrows with her dressed-down style, often wearing T-shirts, jeans and combat boots on the floor of the National Assembly. (There is no formal dress code at the legislature, but traditionally MNAs have been expected to wear business attire).

Many of Dorion's colleagues took umbrage at the photo and what they perceived as a lack of decorum. In fact the Quebec Liberal Party filed a formal complaint, which is being investigated by the ethics commissioner of the National Assembly.

Neither Dorion nor Quebec Solidaire have yet commented on Thursday's incident.