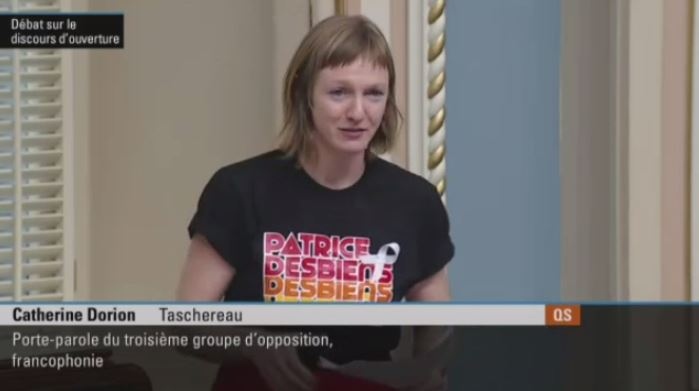 The speaker of the National Assembly is welcoming a debate on defining a dress code for MNAs.

Dorion made waves recently by wearing jeans, a tank top and Doc Martens boots in the Assembly.

Her QS colleague Sol Zanetti wore jeans and sneakers and said nobody seemed to notice except reporters.

Liberal and PQ MNAs said it's time to set limits on fashion.

“The way you dress is also a message that you send to the public, and in this institution, I think that neutrality, in terms of message, except for the messages that we voice, is something that we should go by,” said Liberal MNA Gaetan Barrette.

“I don't think that they are trying too hard, but for sure the National Assembly should take some responsibility and try to (enforce) a stricter dress code,” said PQ MNA Meganne Perry-Melancon.

The National Assembly rulebook only states that MNAs must contribute to the maintenance of decorum.