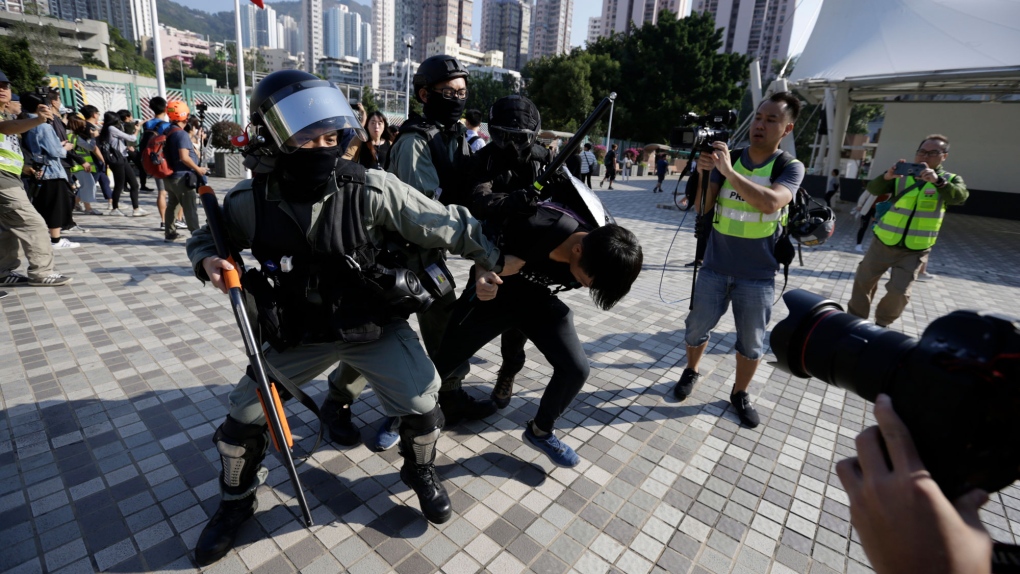 Protests, many peaceful but some violent, have been a fixture on the streets of the Chinese-controlled territory of Hong Kong over the past several months. (Photo: AP)

MONTREAL -- As police and protesters in Hong Kong continue to engage in violent clashes, McGill University has "strongly encouraged" its students in the territory to leave.

"Given the current situation, the health and safety of our students is the utmost priority," said McGill spokesperson Cynthia Lee. "There is now a clear and strong message from our partner universities in Hong Kong to end the semester early and in view of the early termination of the semester at our partner institutions (or in some cases the closure of the campus),  McGill strongly encouraged all its students in Hong Kong to return home last week.

"We reached the majority of our students and most are leaving Hong Kong. Many are going to their home country or travelling abroad. We are continuing to communicate with our students."

"We know that this is a difficult time for our students abroad and that the exchange semester did not play out as planned," Lee added. "Safety is of paramount importance and courses can still be completed."

Lee also said that "a number of measures are being put into place by our partner institutions to ensure that students can complete their exchange semester."

A spokesman for Concordia, the other English University in Montreal, said the university "does not currently have exchange students in Hong Kong. We had only one student there this semester -- at City University of Hong Kong which ended its classes early (last week) and the student returned home then."

Protests, many peaceful but some violent, have been a fixture on the streets of the Chinese-controlled territory of Hong Kong over the past several months. At the heart of the protests is opposition to proposed legislation that would allow people in Hong Kong who are accused of crimes to be extradited and tried in mainland China.