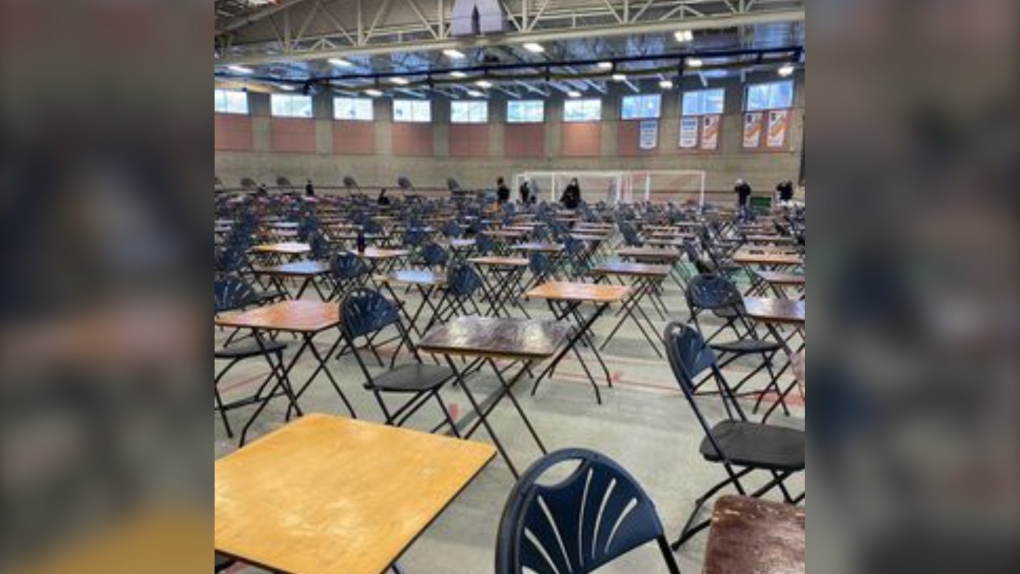 As Quebec acts to shut down broad swaths of activity on Monday at 5 p.m. -- schools, gyms, bars, among others -- McGill University students are begging their school to do the same, warning they're about to fan out across the country.

Many students at the Montreal school, planning to head home for the holidays, are warning their huge in-person exams, continuing through tomorrow, are putting not only them but their hometowns at risk.

"My roommate has an in-person exam tomorrow in the fieldhouse...  and I have an in-person lab final where social distancing will likely not be entirely possible," Emma Segato, a third-year biology student, told CTV on Monday.

The "fieldhouse" space on campus holds exams for more than 1,300 students at a time, she said.

"We are both terrified to attend but quite literally have no choice: attend these giant exam gatherings or fail our classes," said the 20-year-old.

"We are set to go home to our hometown in Ontario on Wednesday, possibly putting everyone on our Via Rail train in danger, as well as our families."

Especially after the fast-moving Omicron numbers began to soar late last week, and messages began to circulate on social media about students attending exams with symptoms, McGill students clamoured for a change of policy that would allow them to do the exams virtually or just defer them without failing.

But McGill has held firm, repeating Monday evening that it believes its protocols are safe.

"We continue to monitor the situation very closely," wrote university spokesperson Cynthia Lee in an email.

Students have been told that they must not attend exams, she said, if they have symptoms, a positive test result or a recommendation from public health that they self-isolate for any reason, including contact with a person who's tested positive.

Students in those situations will get an exam deferral, she wrote.

"The health and wellbeing of our community will of course remain our top priority," she wrote, adding that "the evolution of the public health situation in Quebec cannot be known with certainty" but that McGill is confident it can balance its record for excellence with public safety.

QUEBEC HAS HIGHEST INFECTION RATE IN CANADA, BY FAR

Yet again, the school is located in one of Canada's red zones. Quebec has the country's worst COVID-19 rate, by far, with a weekly rate of 207 active cases per 100,000 people. The next-highest rate is in New Brunswick, with a rate of 120. All other provinces have rates under 100.

Segato said McGill's reassurances are meaningless to her, having attended some exams that didn't seem safe at all.

The school is asking students to change their masks upon entry to the exam, she said, which ended up meaning "groups of students huddled together removing their masks to replace them with new ones, grabbed out of communal boxes."

The desks were spaced just a couple of feet apart, and mask-wearing wasn't enforced, she said.

"At my most recent in-person exam, the woman about two feet behind me had her mask under her nose for the entire three-hour duration," Segato said.

"The entire province of Quebec will be shutting down as of 5 p.m. tonight, and yet at 6 p.m. tonight there will be 1,300-plus students in the McGill Currie gymnasium."

So far, on an online case-tracker, McGill has counted 23 different COVID-19 cases discovered in people who attended 20 exams over the course of the month.

Lee said the school is reporting all cases to public health and following all directions given to shut spaces or buildings if necessary.

But that's retroactive reporting. Several McGill students provided CTV with messages sent by their classmates on various social media platforms, saying that they were planning to attend exams despite having COVID-19 exposures, symptoms or even positive tests. Such messages are adding to their fears of exams.

"Tested positive from an at-home test and don't for the life of me want to defer my final on Monday because I'm graduating this semester," one person wrote on Reddit, explaining they had a job lined up after graduation that they didn't want to jeopardize by deferring a few months.

"I might just go get it over with," the student wrote, saying people would be wearing masks. "I really don't give a sh** sorry." 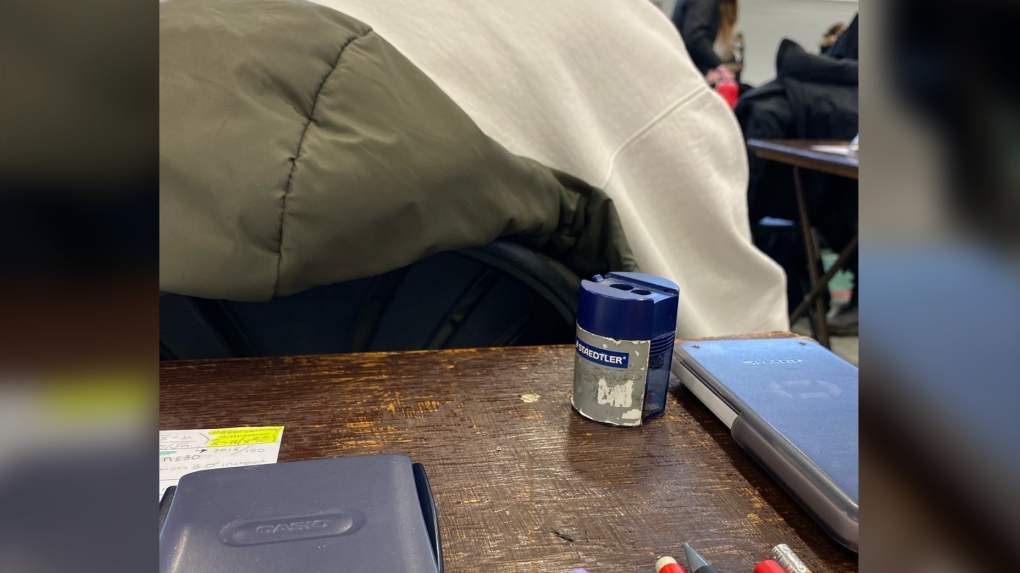 McGill didn't respond to a question about whether it's creating any special measures to help students who defer out of illness or COVID-19 risk, such as holding their make-up exams earlier or allowing them flexibility around course prerequisites.

There is also confusion around the rules. Another student wrote on Twitter on Thursday that her roommate had just tested positive, but since she didn't herself have symptoms and couldn't possibly get a test in time, McGill had told her she had to attend her exam the following morning or fail the course.

Montreal public health later told her to self-isolate, she said, but she took McGill's previous directive to be "completely contradictory" to that.

In fact, judging by Lee's statement, the school wants students to follow public health directives over McGill's, or rather it says that an ordered self-isolation is a valid reason for a deferral.

Another McGill student told CTV that he also worries about the people who don't know they have COVID, of whom there are many in Quebec. The province's overall positivity rate is an extremely high 10.1 per cent as of Monday, meaning there are many cases that haven't been officially registered yet.

"I would not want to risk infecting other students and their families if I am asymptomatic," wrote the student, who didn't want his name published, saying the moral dilemma is "added stress" in exam time.

McGill said their decision is in keeping with provincial policy, not addressing the fact that the province closed all schools as of Monday and through Jan. 10.

"In Quebec, the government continues to prioritize education as an essential activity during the pandemic, and other universities in the province are currently continuing with in-person activities until the holiday break," wrote Lee.

Segato said she and her family have discussed the situation at length and have decided, so far, not to cancel her trip home, which was "the light at the end of the tunnel" of this semester. She will take two more rapid tests before getting on the train, though.

"I want nothing more than to go home and see my loved ones and if McGill is the reason I don't get to, I will be so beyond devastated," she said.