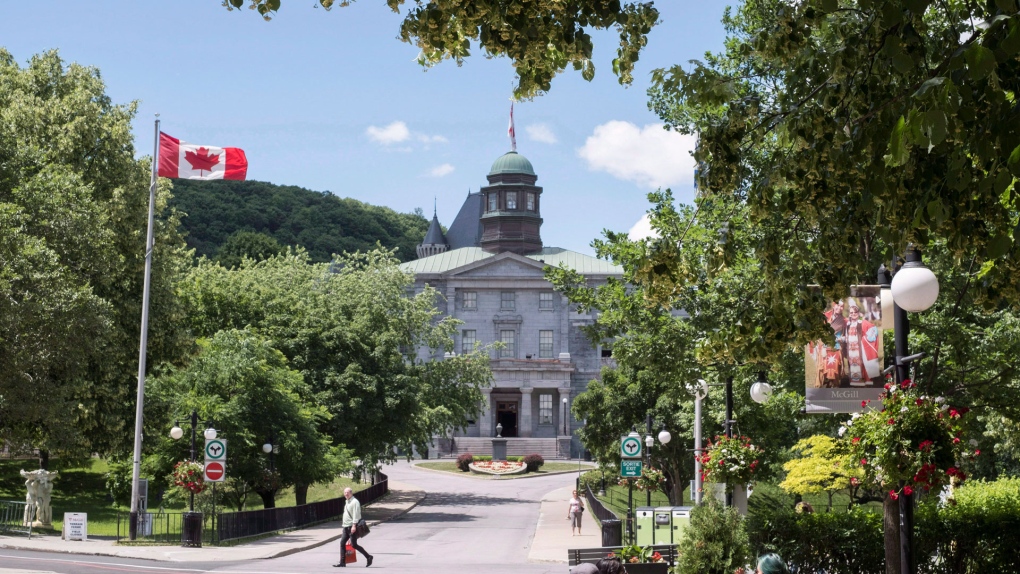 MONTREAL -- McGill University has confirmed it received a donation from the family that owns the company behind OxyContin but says it predates any legal action against the company over opioid-related deaths.

An investigation by The Associated Press published Thursday reported that at least $60 million in donations from Sackler family foundations had been accepted by prominent universities around the world in the past five years -- including Montreal's McGill, which received more than $3 million.

Some of the donations arrived before recent lawsuits blaming Purdue Pharma for its role in the opioid crisis. But at least nine schools accepted gifts in 2018 or later, when states and counties across the United States began efforts to hold members of the family accountable for Purdue's actions.

McGill said its last donation from the Sackler Foundation came in 2016. The university said the money supported research into epigenetics and psychobiology research. The research examined the effects of early environmental conditions on gene expression, brain development and behaviour.

"It was in part established through a donation from the Sackler Foundation to support the training of McGill graduate and postgraduate students and does not now, nor has it ever, had any association with Purdue Pharma or any pharmaceutical product," Cynthia Lee, a university spokeswoman, said in an emailed statement.

"The endowment from the Sackler Foundation represents only a small fraction of various sources of funding for the research." Lee said the last gift was received before the university "became aware of revelations that have since come to light."

She said donations to McGill are subject to the university's gift acceptance policy and the institution may refuse donations from "individuals or organizations whose philosophy and values could be considered inconsistent with those of the university."

A University of Toronto spokesperson said the Raymond and Beverly Sackler Foundation donated $750,000 to support studies of carcinoid tumour biology from 2007 to 2013 but the school has received no money from family foundations since. The university said there is no continuing recognition associated with any Sackler donations.

The AP consulted financial records, tax and charity documentation that showed that millions were doled out and at least nine schools accepted donations in 2018 or later, when U.S. states and counties began to hold members of the family responsible for Purdue's actions.

In total, at least two dozen universities have received gifts from the family since 2013, ranging from $25,000 to more than $10 million, the records show.

Some skeptics see the donations as an attempt to salvage the family's reputation.

"Money from the Sacklers should be understood as blood money," said Dr. Andrew Kolodny, a leading critic of Purdue and the Sacklers who heads a program on opioid policy at Brandeis University, which was not among the schools identified in tax records as receiving donations from the Sacklers. "Universities shouldn't take it, and universities that have taken it should give it back."

When evaluating the ethics of Sackler gifts, some experts argue, it's important to consider what schools knew about the family and when they knew it.

"We're looking at this through the lens of what people know now," said Ross Cheit, chairman of the Rhode Island Ethics Commission and a professor at Brown University, which has accepted donations from the Sacklers. "My sense is, during the time period we're talking about, people's views about that source of money changed -- a lot."

Connecticut-based Purdue Pharma filed for bankruptcy last month as part of an effort to settle some 2,600 lawsuits accusing it of fuelling the opioid crisis to drive profits.

This report by The Canadian Press was first published Oct. 3, 2019.