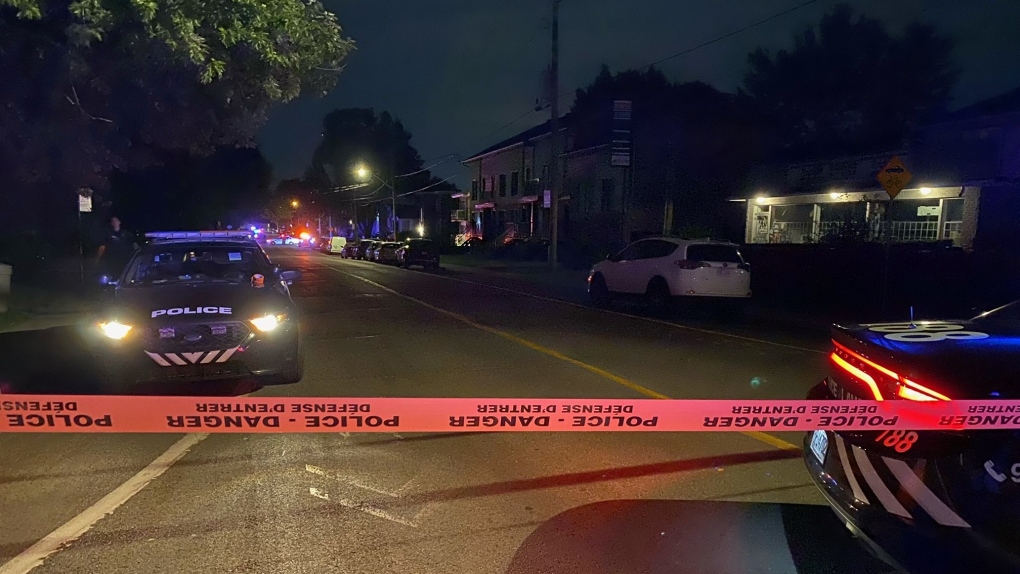 Police tapes blocks access to a street where a man was fatally shot on Wednesday, Aug. 3, 2022. (Cosmo Santamaria/CTV News)

Police in the Montreal area are investigating a third deadly shooting just over a 24-hour period.

The victim was pronounced dead at the scene, according to Stéphanie Beshara, a spokesperson for Laval police.

No arrests have been made as the investigation continues.

The killing comes one night after two men were gunned down in two separate shootings on the Island of Montreal that were just 65-minutes apart. Police believe the same shooter is responsible for the two shootings.

André Lemieux, the 64-year-old father of professional boxer David Lemieux, was fatally shot around 9:45 p.m. Tuesday near the intersection of Jules-Poitras and Deguire boulevards.

At 10:50 p.m. that same evening, Mohamed Salah Belhaj, 48, was shot and killed near the corner of the intersection of Sauvé Ouest and Meilleur streets.

No arrests have been made in those two homicides either.