Locked-out journalists produce their own newspaper 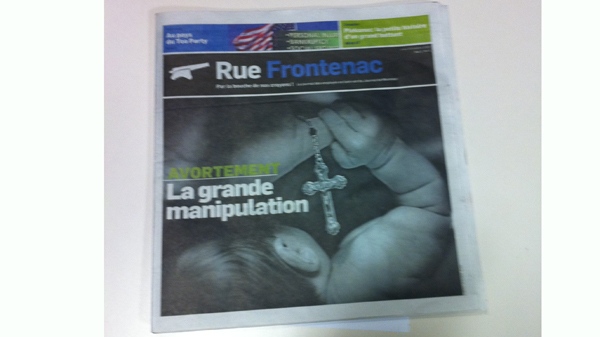 MONTREAL - Nearly two years after being locked out by their employer, 253 Journal de Montreal journalists have launched a weekly print version of their online newspaper.

Rue Frontenac is being distributed Thursday in 1400 location around Quebec, mostly in the Montreal region.

Quebecor has been able to continue producing the Journal de Montreal by relying on managers, columnists, and journalists working for the QMI agency.

The 48-page tabloid has different content than the online ruefrontenac.com, and the locked-out workers say they will continue to write for both versions.

Earlier this month employees voted overwhelmingly against a contract offer from Quebecor that would have only retained 50 of their 253 jobs -- and just 17 jobs related to writing.

Before the lock-out, 65 reporters worked for the Journal de Montreal.

Meanwhile, Quebecor announced Thursday it is walking away from the negotiating table, with Journal de Montreal publisher and Sun Media Corporation executive vice-president Lyne Robitaille saying the counter-offer made Wednesday by the union did not show good faith in wanting a quick resolution of the conflict.

With files from La Presse Canadienne