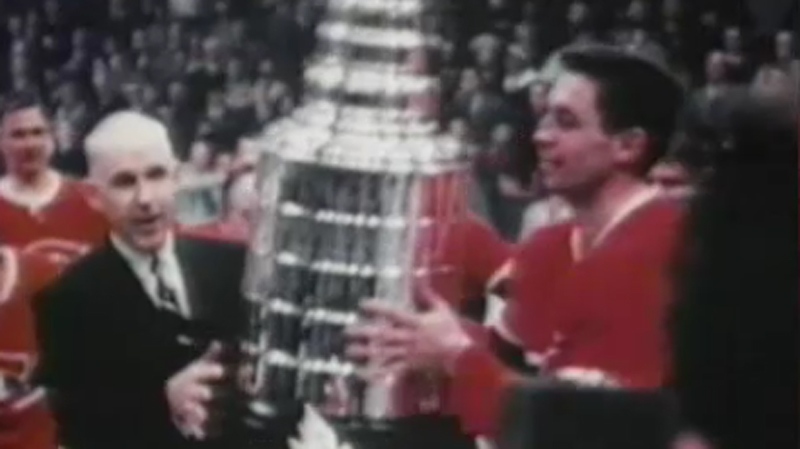 A month or so after Beliveau's death in early December, the federal record keeper mused about getting its hands on the hockey legend's personal effects.

It seems Library and Archives has a long-standing interest in Beliveau, who won 10 Stanley Cups in his 20 seasons as a player from 1950 to 1971, and was inducted into the Hockey Hall of Fame in 1972.

"Since his retirement from professional hockey in 1971, (Library and Archives) has contacted Mr. Beliveau to express our interest in acquiring and preserving his personal archives," says a January briefing note to the deputy head librarian and archivist of Canada.

The Canadian Press obtained the document, which is written in French, under the Access to Information Act.

The briefing note says the department bid -- unsuccessfully -- on some of the items Beliveau put up for auction in 2005.

"Because of national and international reputation of Mr. Beliveau, (Library and Archives) unsuccessfully bid on these batches of photos, caricatures and scrap books," it says."

Beliveau ended up selling 195 pieces of memorabilia in that auction -- including his Stanley Cup ring from the 1958-59 season, his 1965 Conn Smythe Trophy and the puck commemorating his first NHL goal -- for close to US$1 million.

It seems Library and Archives didn't want to get shut out a second time.

Officials recommended sending a letter to someone whose name is blacked out in the copy of the briefing note provided to The Canadian Press. Library and Archives confirmed the letter went to Beliveau's family.

But the department is still waiting for a response.

"As the briefing note suggests, we acknowledge having initially reached out to the Beliveau family," spokesman Richard Provencher wrote in an email. "We are still waiting for Mr. Beliveau's family to respond."

Beliveau -- affectionately nicknamed "Le Gros Bill" after the title character of a 1949 film -- was one of the most beloved players in NHL history, known and cherished as much for his graciousness and class as for his hockey skill.