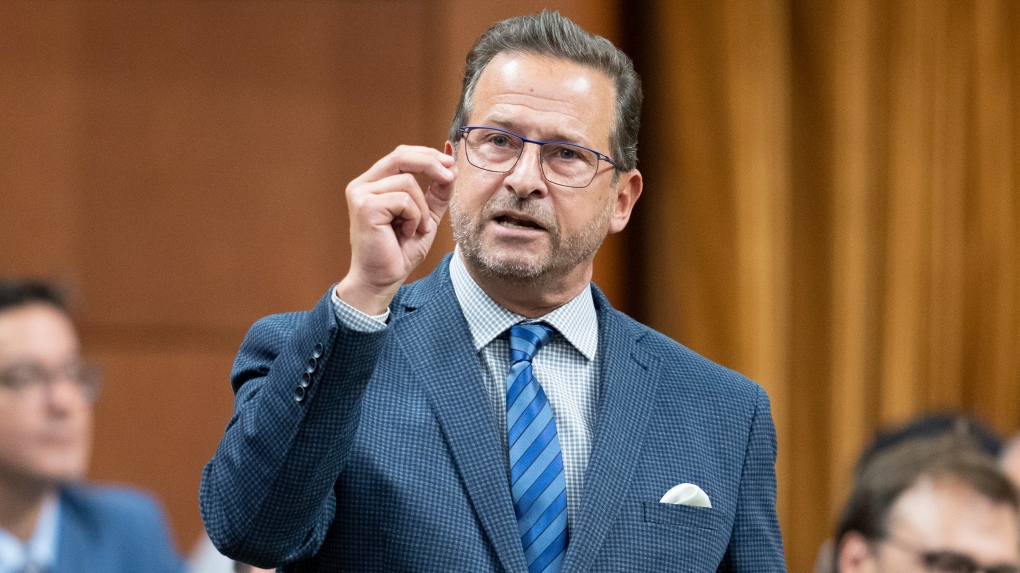 The Bloc Québécois bill to protect the French language was rejected Wednesday afternoon in the House of Commons due to a lack of support from the Liberals and Conservatives.

The Liberals announced during the first debates in May that they would vote against sending the bill to the committee stage, arguing that minority languages must be addressed from coast to coast and "not just in Quebec."

The NDP, meanwhile, is in favour.

The Conservatives broke the suspense a few minutes before question period on Wednesday when their official languages critic, Joel Godin, revealed the decision made at a morning caucus meeting: no.

"Let's just say that a private member's bill is much weaker than a government bill," he said in response to reporters' questions. "We have a very good collaboration with the opposition parties to make sure that Bill C-13 is effective and that it stops the decline of French, especially in Quebec."

The Bloc bill was "maybe" relevant when it was introduced in February, he said, but the introduction of Bill C-13 a few weeks later, which aims to reform official languages, changed things.

Through Bill C-238, sponsored by MP Claude DeBellefeuille, the Bloc Québécois reintroduced the contents of its Bill C-254, which died on the order paper in the last Parliament but was previously sent to committee thanks to the support of the Conservatives and the NDP.

The intent is to make federally regulated companies operating in Quebec subject to the Charter of the French Language, and to force certain companies to have a corporate name that meets Charter requirements. In addition, the bill would have the Official Languages Act recognize French as an "official and common language in Quebec."

This component of the bill, the Bloc insists, has the "massive support" of all living former Quebec premiers, the mayors of Quebec's largest cities and its major unions, and has been the subject of a unanimous motion by the Quebec National Assembly.

The Bloc Québécois also copied and pasted the contents of their Bill C-223, which had failed to pass second reading, obtaining only the support of the Conservatives. The bill would require permanent residents between 18 and 64 who live in Quebec to have sufficient knowledge of French to obtain Canadian citizenship, whereas Canada currently requires knowledge of English or French.

The minister said Bill C-13 "offers equivalent rights to work and be served in French as in the Bloc's proposal," but "goes further by also offering them outside Quebec in regions with a strong francophone presence."

Asked to respond, Bloc leader Yves-François Blanchet said, "the best friends Francophones outside Quebec can have, is the Bloc Québécois."

According to the Bloc, the Liberal bill "has its merits for francophone communities outside Quebec." But in Quebec, he said, it allows businesses to choose whether to apply the provisions of the Official Languages Act or the Charter of the French Language.

Thus, in Blanchet's view, the idea that it's necessary to protect English in Quebec "obviously makes absolutely no sense," and the Liberals are "weakening the protection of French in Quebec" in order to protect the language elsewhere in the country.

NDP IN FAVOUR OF BILL

The NDP indicated this week that they are in favour of moving the bill to second reading.

Deputy party leader Alexandre Boulerice said he was "extremely supportive" of the aspect of the bill that would apply the Charter of the French Language to businesses under federal jurisdiction, calling the current situation "completely absurd."

He gave the example of a credit union employee having different language rights from a bank employee.

But he's not in agreement with the bill in its entirety. "The problem," he said, is imposing a French test on all immigrants in Quebec who want to obtain citizenship. He said it would be an "abusive" requirement in refugee and family reunification cases.

At a morning press conference, MP Claude DeBellefeuille was "convinced" that she would get NDP support on this aspect of the bill once it's debated in committee, calling the party's concerns "unfounded."

Census data released last month by Statistics Canada revealed that French continues to decline in Quebec and the rest of the country. The percentage of Quebecers who primarily speak the language at home fell from 79 percent to 77.5 percent between 2016 and 2021.