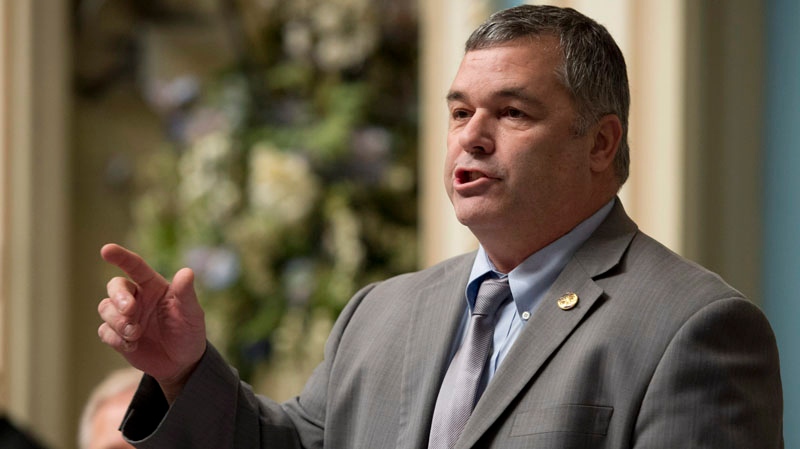 QUEBEC CITY - Quebec Environment Minister Daniel Breton found himself in the spotlight Thursday as the Liberals called for his resignation.

The Liberals argued that Breton can no longer perform his duties because he committed an illegal act during a visit to the Office of Environmental Public Hearings (BAPE).

Interim Liberal leader Jean-Marc Fournier cited a report released Thursday indicating that Breton threatened to call the president of the BAPE to express dissatisfaction with a decision.

The minister also obtained the cell phone numbers of BAPE commissioners, according to a report in the Journal de Québec.

“The minister has undermined the independence and impartiality of the BAPE and there is a consequence: resignation,” said Fournier.

Breton rose in the assembly to deny the accusations.

“I never asked for phone numbers of people who worked at BAPE,” he said. “That is false.”

Fournier continued his attack on Breton after question period, claiming that the minister committed an illegal act by threatening to interfere with an organization that has judicial powers.

“I think Breton’s behavior show that he wants to rule the BAPE. However, the BAPE is not subject to the minister. The BAPE is a quasi-judicial body with powers aimed at determining the rights of citizens,” said Fournier.

Breton’s press secretary confirmed that he had visited the BAPE offices on Oct. 24.

Danielle Rioux stated that Breton went to greet employees. “He met with the employees and then the commissioners for a courtesy visit ,” she said.

“There is no misunderstanding, I never said that,” he said, referring to the remarks attributed to him by the opposition.

CAQ leader François Legault also expressed concern about the personnel changes at the BAPE following Breton’s visit, but he did not ask for the minister’s resignation.