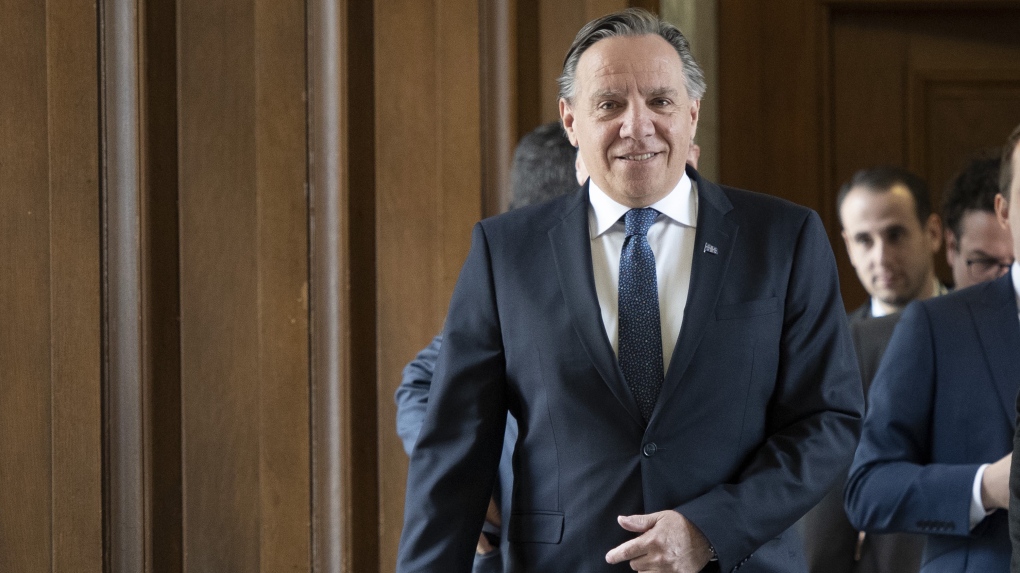 Premier Francois Legault will not attend the Sept. 27 climate march, but he wrote a letter supporting the marchers.

In a letter published the morning of the Montreal march on climate action, CAQ Premier Francois Legault wrote he supports the activists marching even though he won't attend.

"I want to tell you first that I heard your cry from the heart," he wrote. "In the last year, you have pushed us to face the climate emergency. You have shown a passion and a mobilization unequalled in the world. You have shown that young people in Quebec are ready to fight for their future. You are beautiful to see."

He goes on to say "we can no longer ignore the magnitude of the environmental challenge before us," and that his government would not be silent on climate change.

"I could not sit idly by and look at my two sons in the eyes," he wrote. "We have to roll up our sleeves and take action, altogether."

Legault's letter goes on to say that Quebec must continue to be an example and be the place in North America that emits the least greenhouse gases per capita by replacing fossil fuels with hydroelectric power throughout the economy.

"We must aim even higher by building on our strengths," he wrote.

He writes that electrifying Quebec's economy will both help the environment and enrich the province.

"Right now, to move, we are burning imported oil. We are taking money out of our pockets and we are polluting our territory," wrote Legault. "But in a few years, we could pump our energy into batteries produced here. We could enrich ourselves collectively with each shift while reducing our ecological footprint."