Legault, LeBel to meet with several Quebec unions on Sunday 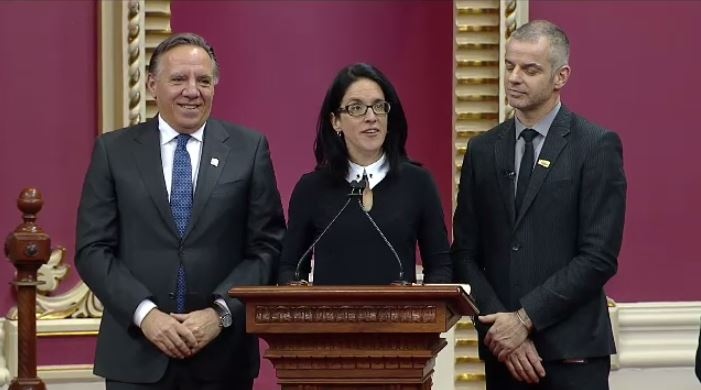 Premier-designate Francois Legault looks on as MNA Sonia Lebel is sworn in at the National Assembly.

MONTREAL -- Quebec's premier and Treasury Board president will meet with the heads of several of the province's powerful unions on Sunday afternoon.

The meeting between Sonia Lebel and the labour chiefs was confirmed by Premier Francois Legault's office on Saturday. It will take place the day after International Workers' Day at Palais des Congres.

Negotiations for public sector workers will be on the agenda. All the unions invited have yet to reach agreements with the Quebec government.

The Autonomous Federation of Education announced Friday that 88 per cent of its members had voted in favour of an agreement in principle with the government to renew their collective agreement.

Two weeks ago, representatives of three health unions asked the government to sit down at the negotiating table.