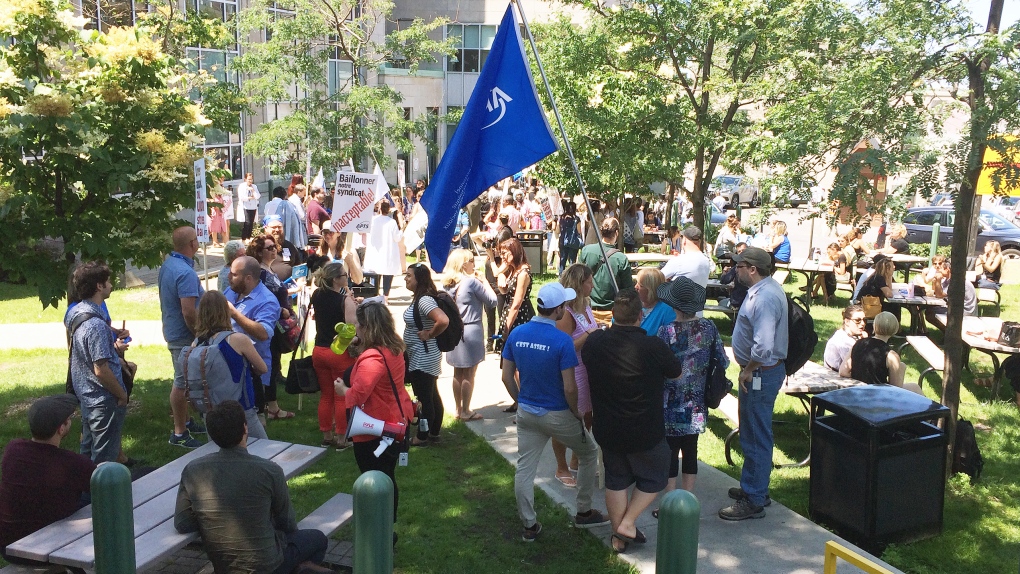 Approximately 150 employees of the Jewish General Hospital protested Monday during the lunch hour.

Blanchette was suspended for five days without pay from her workplace at the Centre de réadaptation Constance Lethbridge.

The union claims the woman was gathering signatures for a union-related petition during a holiday employee activity last Christmas and that there is no harm in that.

The union is calling the suspension "unacceptable," and "illegitimate."

"Our local President has been suspended without pay and we do consider it an anti-union activity to do so. It's muzzling the union" said Caroline Letarte-Simoneau, political representative for the APTS.

The suspension followed a decision made by the CIUSSS West-Central Montreal, the organization that oversees several hospitals and clinics, including the Jewish General Hospital.

"We suspended for just and sufficient reasons. We will not comment on issues pending before the Courts but our reason is not what the union is claiming," said CIUSSS West-Central Montreal spokesperson Barry Morgan.

It is not known if other demonstrations are planned at this time.

The APTS represents 55,000 members that are professionals and technicians working in various health and social service sectors, including hospitals, CIUSSS, physical rehabilitation centres, and elderly care.