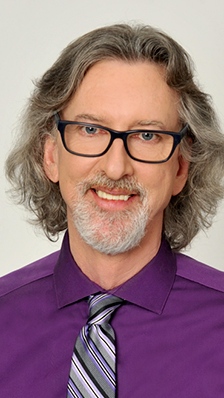 Ken joined CTV Montreal (formerly CFCF-12) in 1987 after graduating from Concordia University with a degree in Communications. From humble beginnings in the mailroom, over the last 30-plus years Ken has worked his way through a technical, "behind the scenes" career, working in master control, VTR, ENG editing, as well as operating CTV satellite trucks "Pulstar" and "Qstar."

Ken’s career has provided him the opportunity to work at exciting international events like the Olympics, having worked for France Television FT2/FT3 in Atlanta, Sydney and Athens, as well as for the CTV Consortium in Vancouver, and London. Closer to home, Ken has covered breaking news stories such as the Lac-Megantic train explosion, the Moncton shootings, as well as events such as coverage of Quebec City’s 400th anniversary, making sure all ran smoothly on a technical level.

These days, as television news broadcasting is a constantly evolving industry, Ken finds himself doing camera work, as well as editing and writing for our CTV Montreal website.