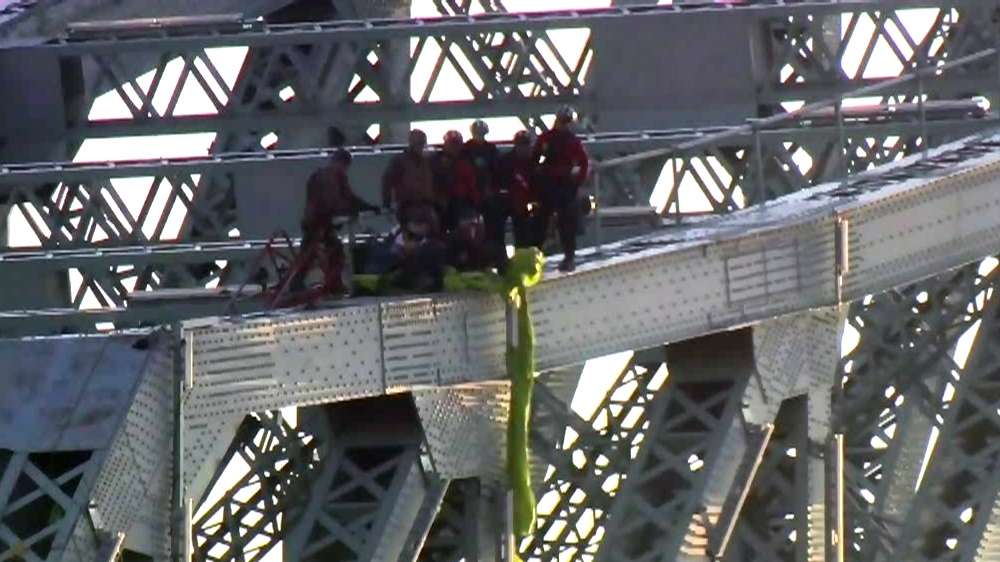 MONTREAL -- A teacher who scaled the Jacques Cartier Bridge to protest against climate change will no longer sit on the board of directors of her union.

On Thursday, the board of the Pointe-de-L’Ile teacher’s union said while Chantal Poulin is stepping down from her position they will use all legal and administrative tools at their disposal to ensure she and fellow teacher Yann Robitaille keep their jobs.

The two are facing possible administrative or disciplinary measures by the school board as well as criminal charges.

Union president Serafino Fabrizi said Poulin’s resignation should not be considered a judgment on the importance of her environmentalist cause.

“It’s clear the board of directors could not condone such a gesture of civil disobedience,” he said in a statement.

The statement added that both Poulin and Robitaille remain members of the union.

Poulin, Robitaille and one other individual climbed the bridge on the morning of Oct. 8, causing the structure to close to traffic for more than an hour. Activists associated with the Montreal branch of environmentalist group Extinction Rebellion have called for urgent and concrete actions in the fight against climate change.