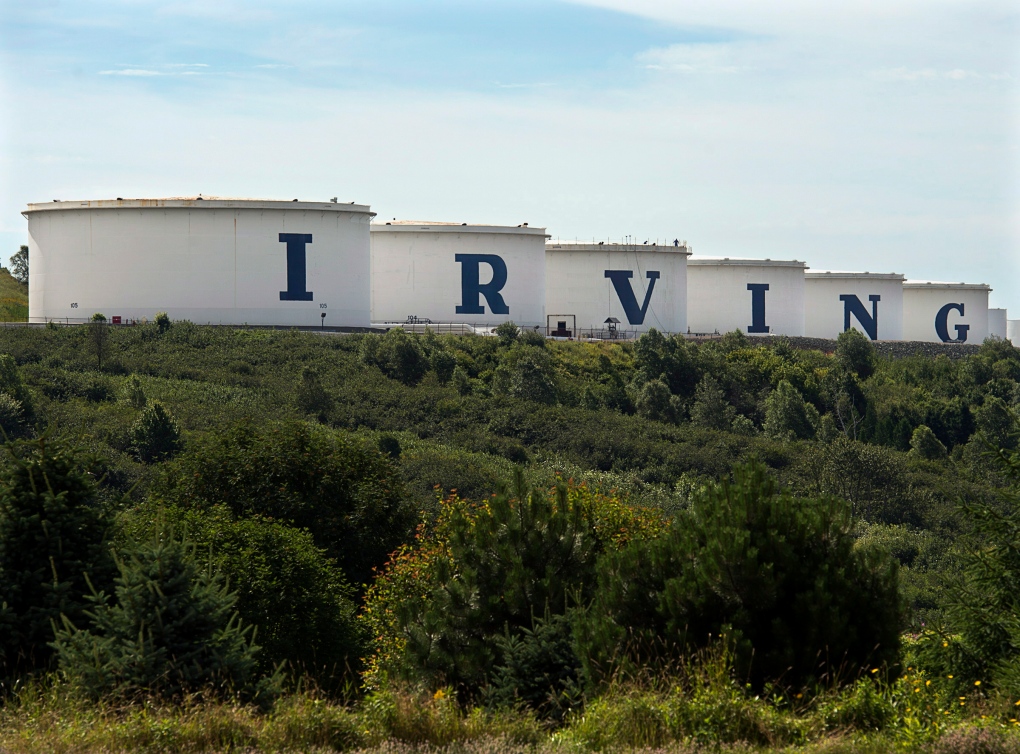 SAINT JOHN, N.B. -- Irving Oil said Monday it will remove from its fleet the same type of railcar involved in the deadly train derailment in Lac-Megantic, Que., last summer.

The company said it will convert its fleet of crude oil railcars to comply with U.S. standards for DOT-111 tank cars built after Oct. 1, 2011, and remove the older cars from service.

Specifications set out by the Association of American Railroads call for railcars built after October 2011 to be constructed with reinforcements that have been reported to reduce the risk of product loss if the railcars derail. The Saint John-based firm said it will complete the conversion by April 30.

The change comes after 47 people were killed in July when a train carrying crude oil derailed in Lac-Megantic and incinerated the town's downtown core.

Investigators said 60 of 63 railcars carrying oil that left the tracks spilled their contents because of tank car damage. All were older-model DOT-111s.

Irving Oil said it will also ask its suppliers to adhere to the American standards by Dec. 31.

"Safety is paramount to our business," Irving Oil president Paul Browning said in a statement. "By taking this voluntary leadership position with our own fleet of railcars we expect to set a standard for the suppliers and marketers who ship crude oil to our facilities to quickly follow our example."

Last month, the Transportation Safety Board said the DOT-111 railcars used to carry oil and other flammable liquids should meet enhanced protection standards. The board has flagged concerns about the safety of DOT-111 cars since the 1990s.

Keith Stewart, climate and energy campaign co-ordinator for Greenpeace Canada, said there remain concerns even over the newer version of the DOT-111s.

"It is time for the federal government to finally take the advice of their own safety experts and end the use of all DOT-111 tanker cars, including those built after 2011, for the transport of crude oil before there is another tragedy," said Stewart.

The DOT-111 railcars are considered to be the workhorses of the oil-by-rail industry.