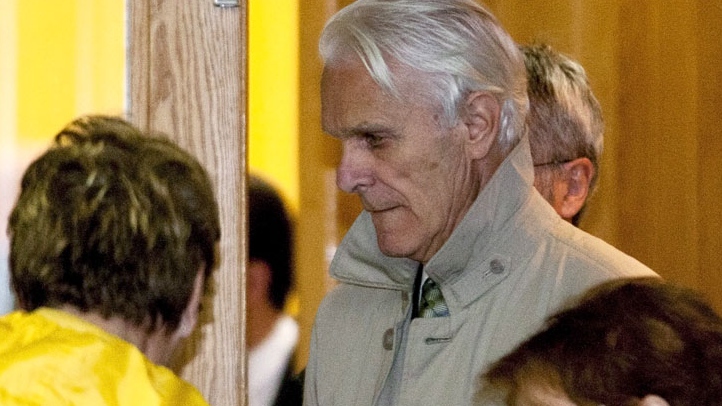 Former judge Jacques Delisle, centre, walks out of a courtroom at his murder trial in this undated photo. (Jacques Boissinot / THE CANADIAN PRESS)

The Justice Department's Criminal Conviction Review process is launching an investigation into the first-degree murder conviction of a Canadian judge.

Jacques Delisle was found guilty of first-degree murder in the November of 2009 death of his wife, Nicole Rainville, in Quebec City.

Crown forensic experts concluded Rainville was murdered, while defence experts argued she took her own life.

The now 81-year-old Delisle admitted in a jailhouse interview last year he'd helped Rainville take her own life by leaving a loaded gun for her to use.

The investigation phase is triggered when there is "new and significant" information in a case.

The justice minister will decide on the next step after receiving a final report following the probe.