Inukjuak to leave diesel behind

Inukjuak to leave diesel behind

NOTE -- This article is part of a collaborative news interactive on energy leadership in Nunavik. To be directed to the home page, click here. Below is a collection of photos captured by Kaaria Quash in the fall of 2021, as the community prepared to build themselves out of diesel reliance.

A quiet morning after the first snowfall of the season in Inukjuak. The town is one of 14 Inuit communities in Nunavik, the northernmost region of Quebec. With a population of roughly 1,800 people, Inukjuak is the third largest community in Nunavik, which is almost the same geographic size as France. 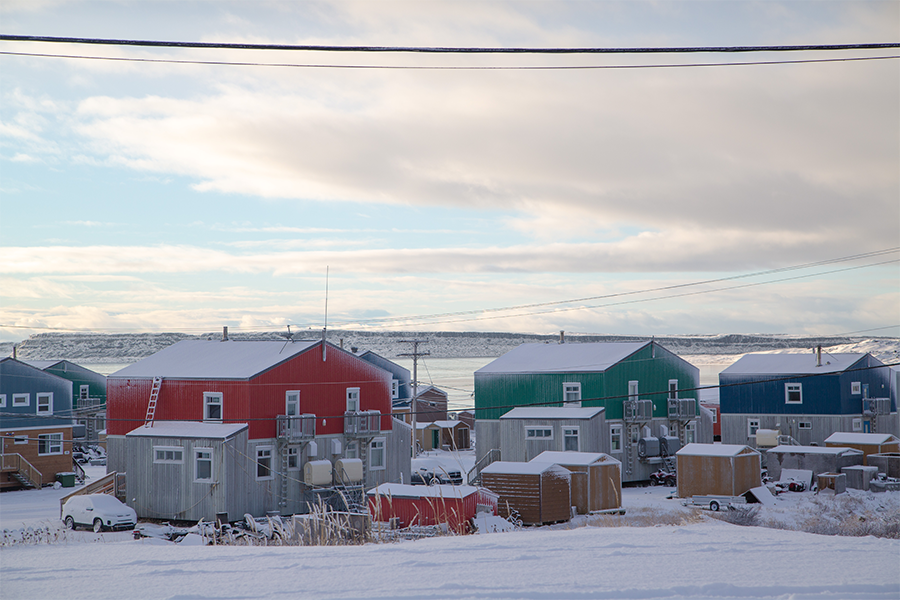 An Arctic sled dog on the outskirts of town. Inukjuak is located 1,500 kilometres north of Montreal and is not accessible by road; only by boat (in summer) and plane (year-round), both very expensive options. 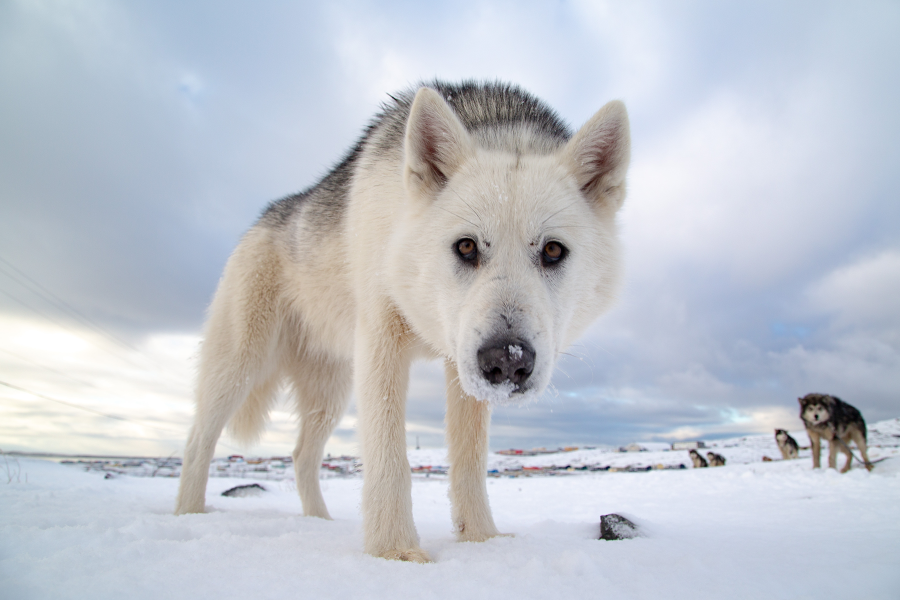 A man mounts his ATV. An everyday mode of transport in Inukjuak. It's common to see people zooming past on these vehicles. 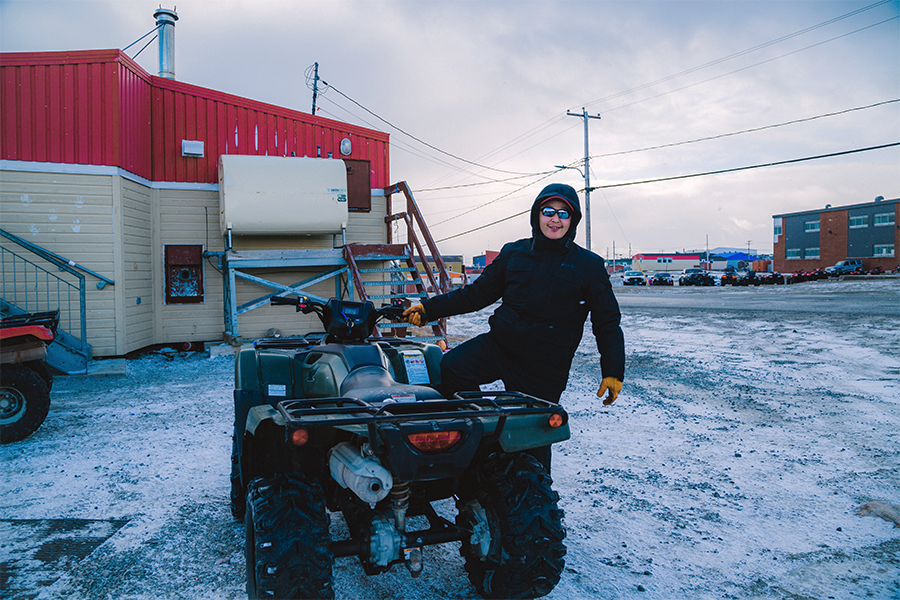 In order to move away from diesel, the community is building a clean energy hydro project, spearheaded by Eric Atagotaaluk and his team at the Pituvik Landholding corporation. Eric shows how diesel imports are transported from ships in the bay, through the metal pipes pictured here, and then on to the “tank farm.” 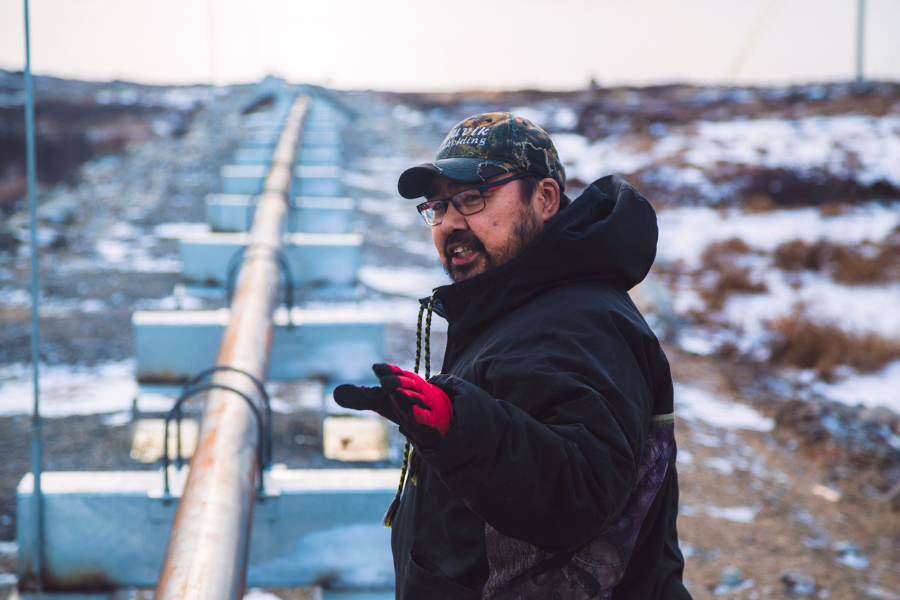 The tank farm—a collection of giant diesel reservoirs and generators—is how the people of Inukjuak currently get their electricity. Described as an eye-sore, the community hopes to phase these out eventually, only keeping the generators as a backup as they move towards more sustainable hydroelectricity through the Innavik Hydro Project. 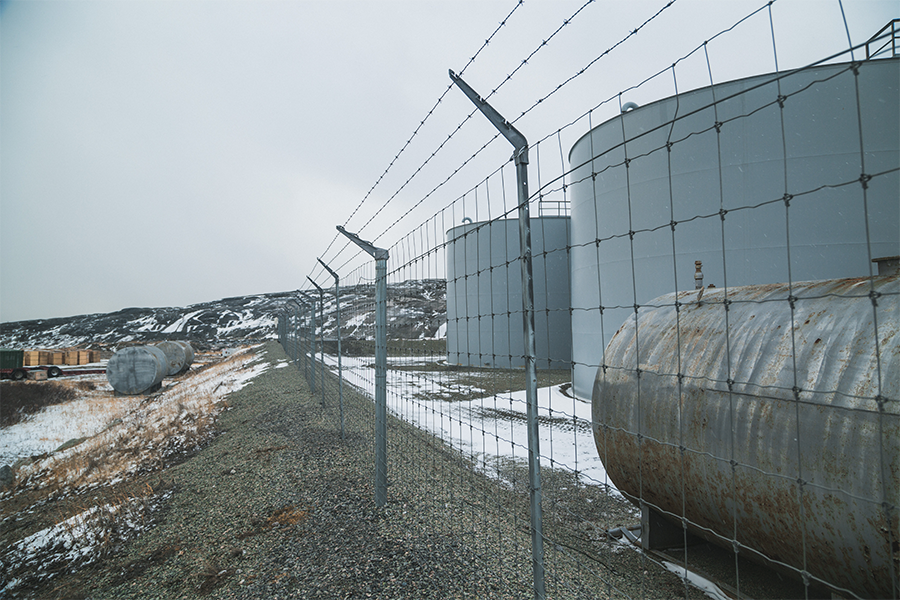 Tommy Palliser, a community member and executive director of Nuvviti Development Corporation, reflects on the challenges of using diesel including constant risks of contamination, pollution and energy shortages. When the community first started exploring renewable energy projects, there was concern about hydroelectricity, especially in terms of maintaining water quality.

The new project is a run-of-river project, which works with the flow of the river, not water storage -- unlike a traditional dam. 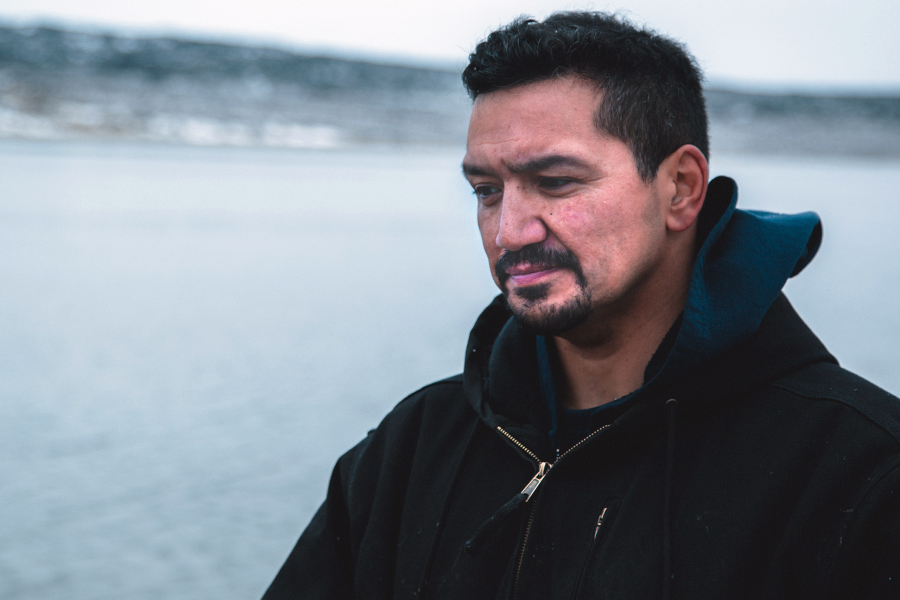 Community Elder Abraham Kasudluak reflects on life in Inukjuak before diesel, when it was common for residents to live in igloos and tents. He says he looks forward to the completion of the hydro project, so that Inukjuak will have a steady flow of clean, reliable energy. 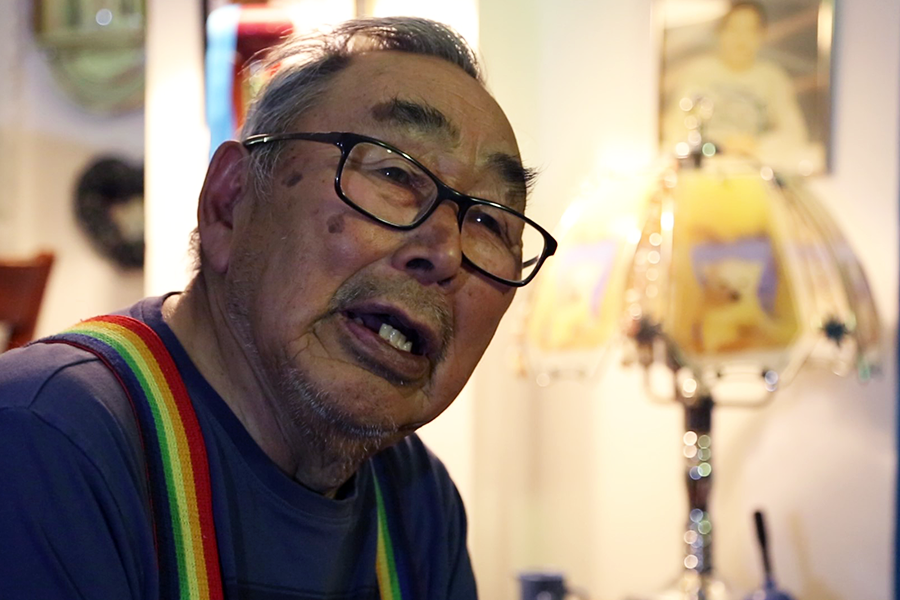 A fisherman prepares his boat to go whale hunting in Hudson Bay. 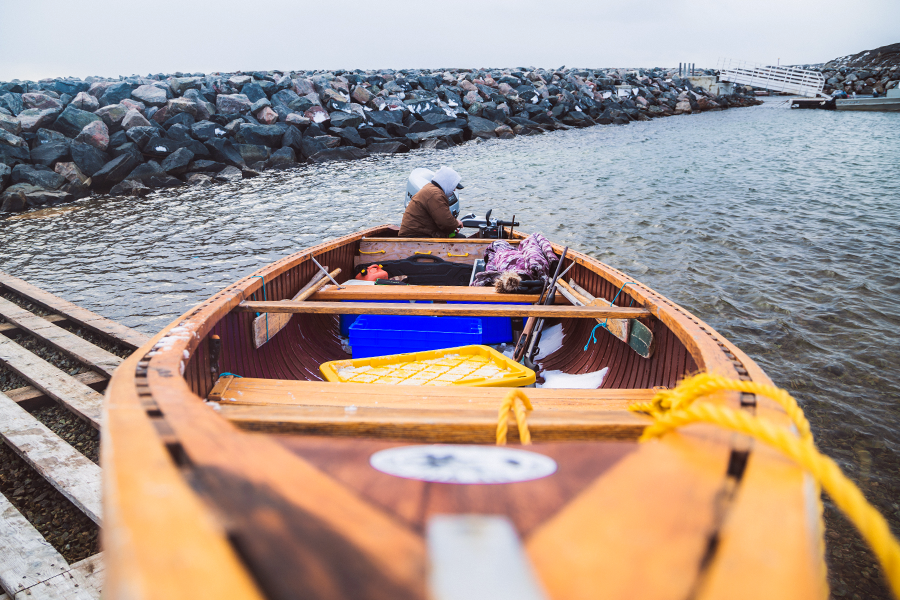 Currently dry, this is where the Innuksuac river will eventually flow once the project is in operation. The 7.5-megawatt project is expected to reduce greenhouse gas emissions by 700,000 tonnes over 40 years. It's the first initiative of its kind in Quebec, created in collaboration between Inuit-led Pituvik, Innergex (a Quebec renewable energy company) and Hydro Quebec. 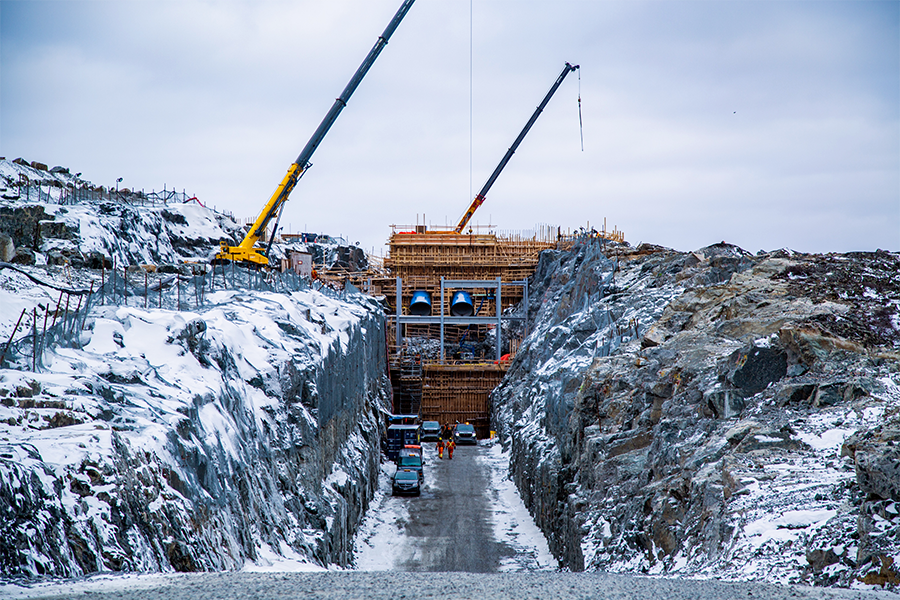 Eric Atagotaaluk keeps a watchful eye on construction, which is slated to end in 2023. Before the start of the project, several environmental assessments were carried out to make sure water quality and fish habitat would be maintained and protected. 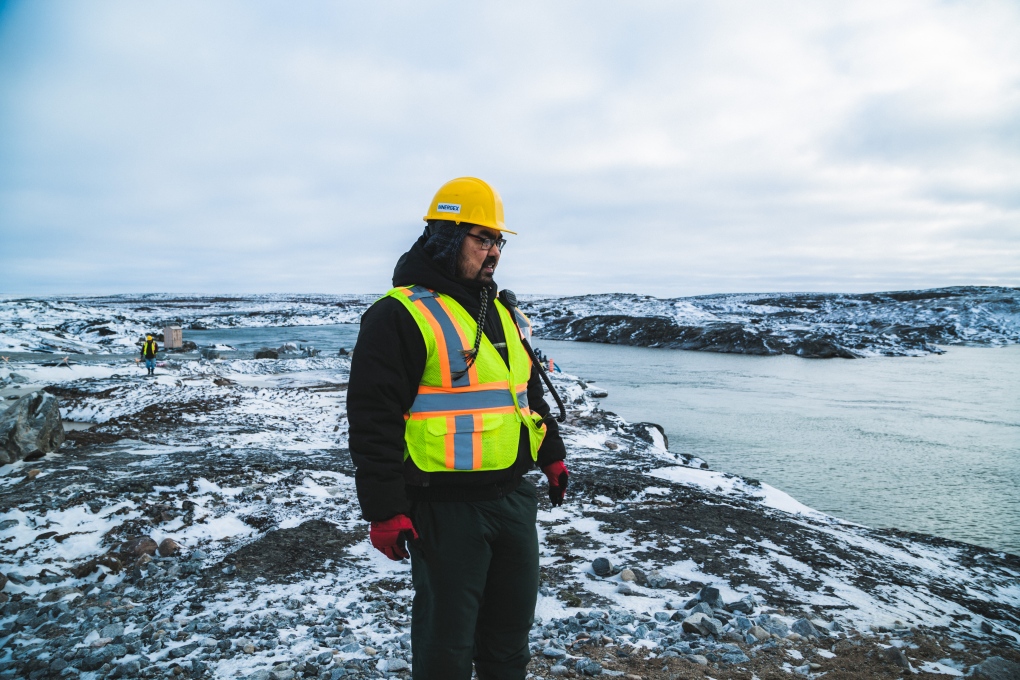 Workers operate dump trucks and an excavator on the construction site. Energy generated from the hydro facility will provide energy to provide heat and light to the town of Inukjuak, and surplus electricity will be sold back to Hydro Quebec. The entire project cost an estimated $128 million. 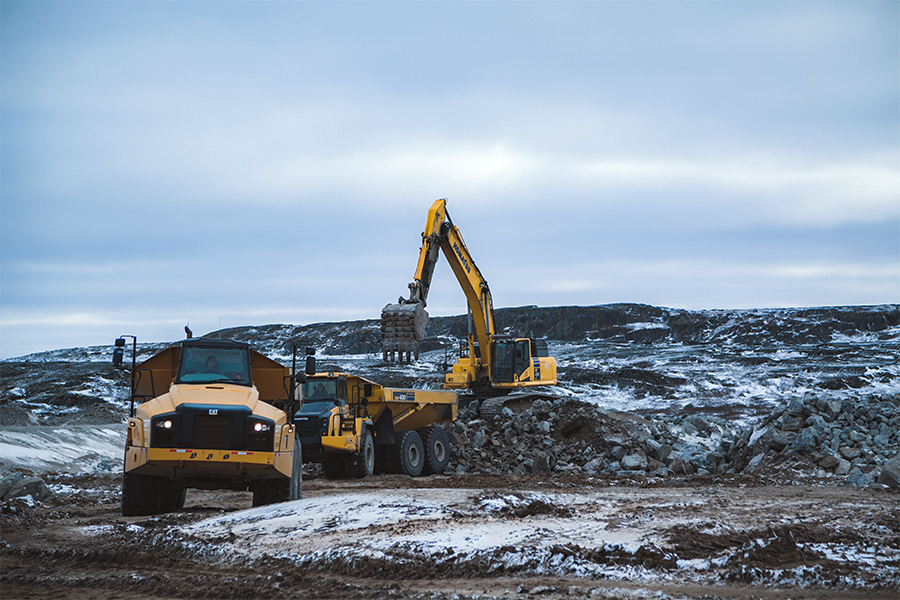 Construction in the Arctic is challenging for many reasons -- the colder climate makes for a shorter building season, supplies can only be transported by boat in the summer months, and building on permafrost can be difficult. 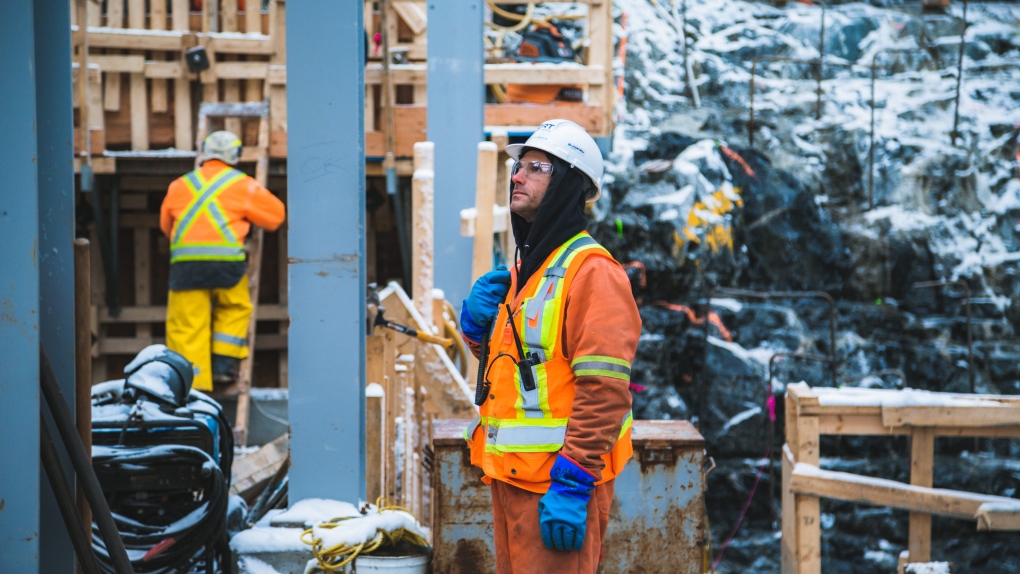 From churning rapids to tranquil waters, the river has many faces. 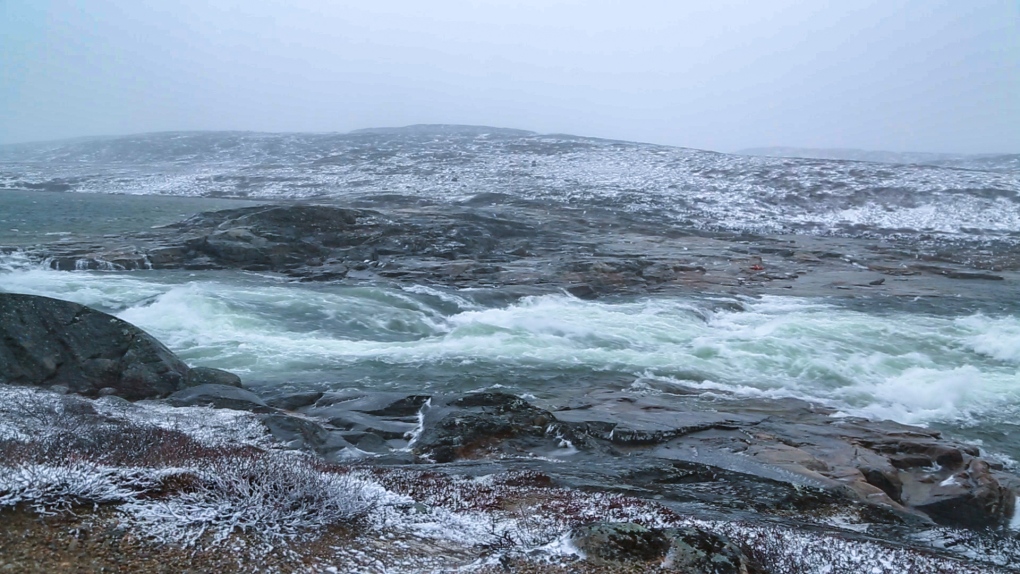 Sitting in the path of a storm, an Arctic sled dog stays vigilant, with seal meat in the foreground. 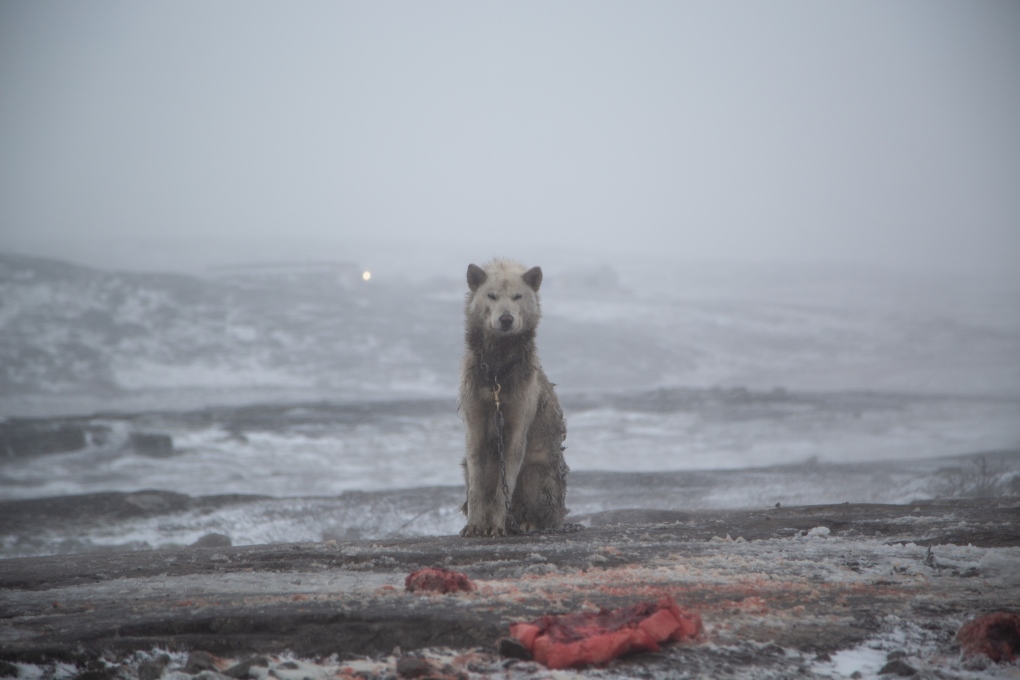 After the storm: an early-morning perspective. 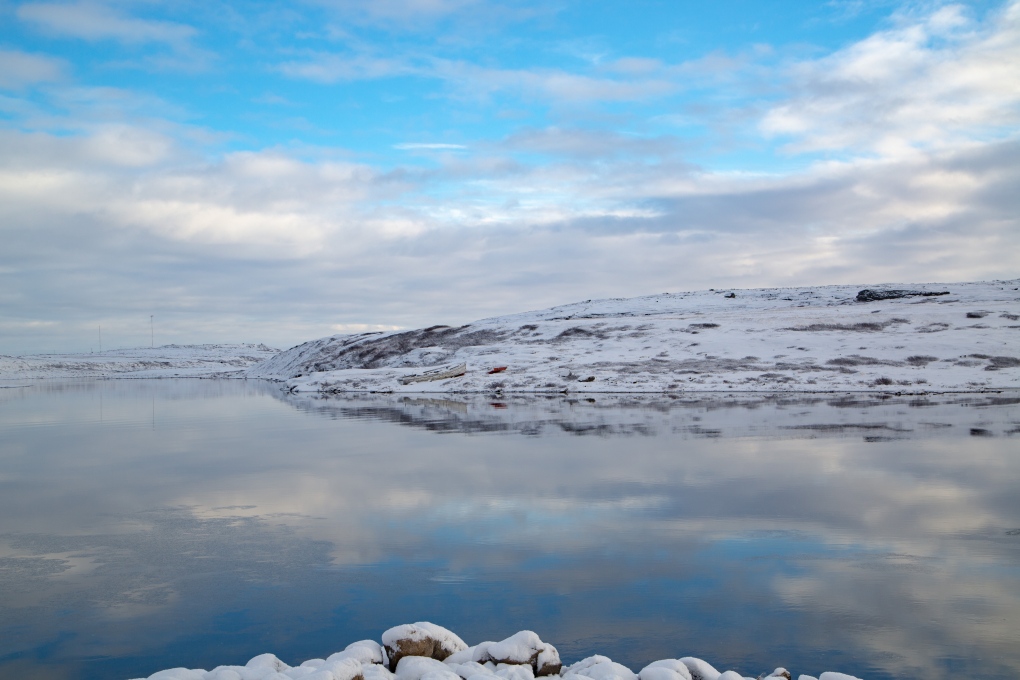 Every day, Eric Atagotaaluk tests the water downstream from the construction site. Here he checks the turbidity, temperature and pH of the water. The results of this test showed that the water quality was at normal levels. 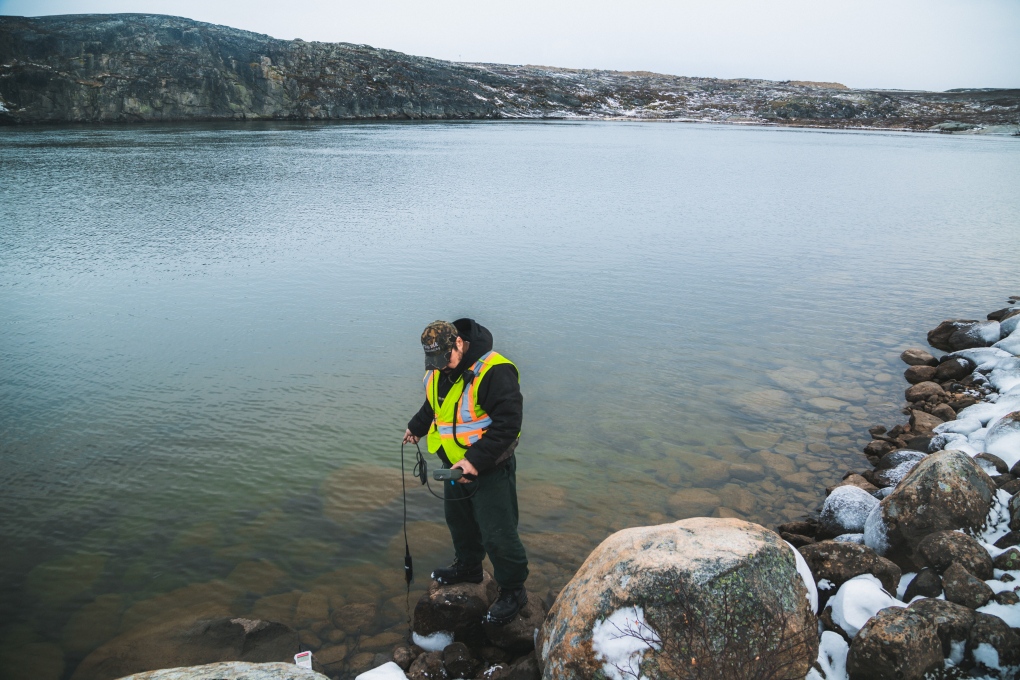 The town of Inukjuak goes to sleep. The twinkling of lights fueled by diesel will one day give way to hydroelectricity, signalling a new chapter in Inukjuak -- one powered by clean energy. 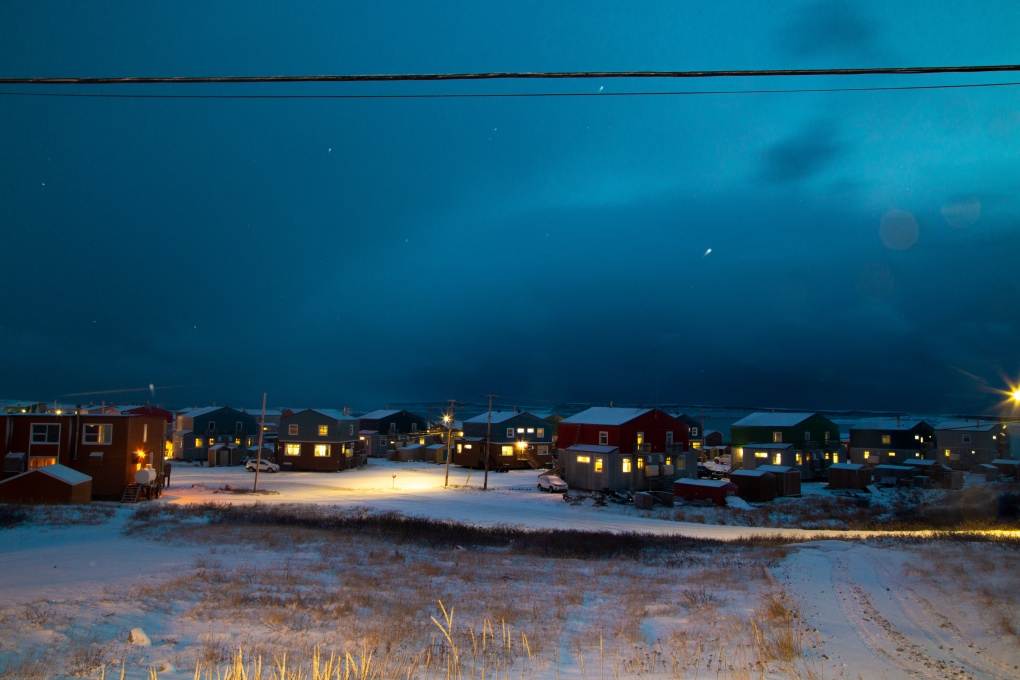