In new Quebec spring break rule, single parents can 'bubble up' with another family 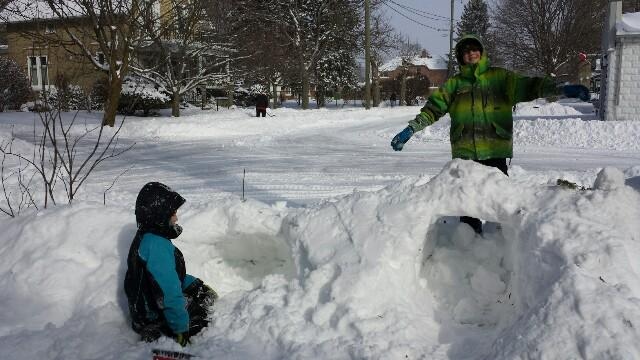 MONTREAL -- The Quebec government has announced another tweak to the COVID-19 rules in its upcoming spring break shift -- this time with a special change for single parents and other single people, allowing them to "bubble up" with one other family.

The new rule is meant to "reduce isolation and facilitate childcare for single-parent families" as kids get ready to take their school break, the health ministry announced Friday afternoon.

Starting Feb. 26, single parents in orange and red zones across the province will be able to meet people who live at one other address, "on the condition of forming a stable group," the province explained -- meaning the families must pick a long-term household to meet with repeatedly.

And all participants must swear off being part of any other "bubbles," of course.

"It is requested that the groups thus formed refrain from meeting in their homes with any other person who is not part of the group," the province wrote in its release.

But the province stressed that parents of children must avoid allowing people 65 and older, including grandparents, to see their kids.

Premier François Legault has repeatedly said in his press conferences that this is a crucial rule because of how vulnerable older people are to the virus.

The "bubble" visits can be made by single people with or without their kids, the release said, which allows single parents to bring their entire household over to another family's home, or, it appears, vice versa, with the group meeting at the single parent's home.

There's no other loosening in the works for the rules around gatherings at homes, including in yards, the province said.

"In all other situations, gatherings inside or on the grounds of private homes (house and cottage) are still prohibited," it wrote.