Home values in Montreal to appreciate more than in any other major Canadian city in 2020: Royal LePage 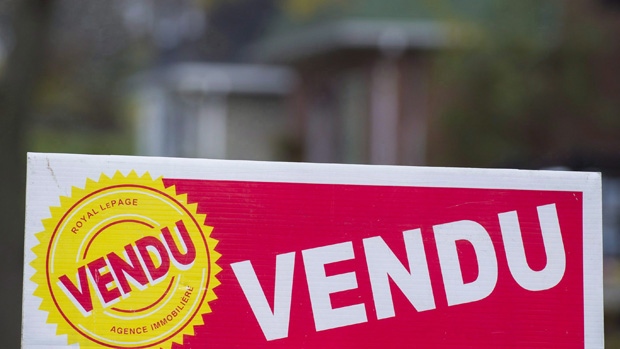 MONTREAL -- The value of Montreal real estate is expected to appreciate more in 2020 than in any other major Canadian city, according to a nationwide real-estate forecast by Royal LePage.

That's significantly higher than the average national increase, which the nationwide real-estate brokerage projects will be 3.2 per cent.

It's also the biggest projected increase among the Canadian cities surveyed, which include:

Royal LePage says the increase in Montreal is due to a range of positive economic indicators, including a strong job market, low and stable interest rates and "very few clouds on the horizon that could slow the Quebec and Montreal economy in the year ahead."

“The real estate market in Montreal is showing no signs of slowing down,” Dominic St-Pierre, vice president and general manager of Royal LePage in the Quebec region said in a statement. “Strong demand continues to favour sellers, reducing inventory and pushing prices upward across the region. The seller’s market that we have been witnessing for the past three years now has become the norm and is not going anywhere."

St-Pierre said increasing demand in the Montreal real estate market is being fueled mainly by millennials and newcomers to the region, and that the federal government's First-Time Home Buyer Incentive will likely increase the number of people buying their first home next year.