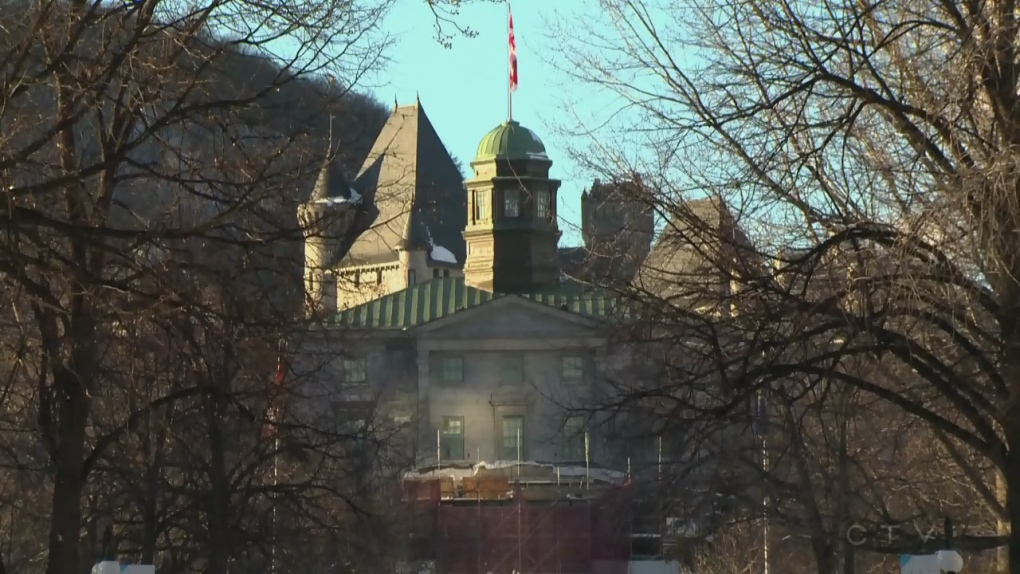 MONTREAL -- McGill University suddenly increased tuition this semester for some international students by 35 per cent, leaving some saying they won't be able to afford the bill—after coming all the way to Canada to study.

“I was shocked,” said Nawal Alqudci, an international student at McGill’s School of Continuing Studies.

“I still haven’t paid for it,” said Alqudci, who is Malaysian, a week after the semester started. “I hope it’s a typo.”

The change comes after a provincial policy that was announced in 2018, but it only took effect more recently. The province now allows all Quebec universities to begin setting their own rates for international students and reaping the full profits, taking over a process that used to be government-controlled.

However, many international students weren’t aware such a change was coming—and even if they were, it was unclear until now how much McGill would choose to hike its price.

The answer, even in the midst of a global pandemic, is 35 per cent, which equals roughly $7,000 per semester, for international graduate students in non-thesis programs.

Those in thesis programs—producing a Master’s thesis or PhD—face a 3.1 per cent hike or about $1,311 per semester, according to McGill’s Post-Graduate Student Society.

The smaller one is “not negligible” but the bigger one is dramatic, said Eric Wilkinson of the grad student society. It could have changed students’ decisions on where to study if they’d been informed.

“Although the blame for these extreme increases ultimately rests with the province, McGill University did not effectively communicate the changes to incoming graduate students in non-thesis programs,” he said.

The student society opposes the broader trend, the deregulating of international tuition, “which takes advantage of international students to make up for a shortfall in provincial funding,” Wilkinson said.

“Instead of supplying McGill with sufficient public funds, the province has deregulated tuition so that international students can be bilked for the funds needed to operate the university.”

Alqudci says she expected her tuition to go up this year, but she says she hoped it would stay closer to 5 per cent, the type of increase she prepared for while obtaining her student visa.

A typical full course load is four to five classes per semester. Alqudci says she’s received a bill for $11,495 for the fall term.

Different kinds of international students face different hikes. At the School of Continuing Studies, McGill is raising the costs for foreign undergrads by 7.7 per cent.

Meanwhile, prices for Canadian students tend to only increase by around 3 per cent each year. At the School of Continuing Studies they’re up 3.1 per cent, to just under $400 per three-credit course.

A student association for Alqudci and her peers, the McGill Association of Continuing Education Students or MACES, has created a petition asking the university to reconsider the hike.

The tuition hike is “sudden, unexplained, and inequitable,” said the petition, which has been signed by 525 people. It also criticized the school for picking the middle of a global pandemic as the moment to make this move.

“During uncertain and challenging times, many students look to their school for stability and guidance, particularly those who may be far from home," the association wrote.

The students have also been hit with “declining income, cancelled internships, and unexpected unemployment, and shuttered businesses," it wrote, and their families abroad have less “ability to support international students financially.”

One man who signed the petition said McGill should honour past agreements. After applying in 2018, he was given a budget for the entire program and it added up to about $19,000, the man wrote. Now, he’ll end up paying $6,000 more “without any prior notice" from McGill, he said, calling it an "abuse" of him as a client.

The salt in the wound, he wrote, is that the extra 35 per cent is being charged for classes that are fully online.

MCGILL SAYS HIKE BRINGS IN MONEY FOR OTHER STUDENTS

In a statement, McGill referred to the 2018 provincial policy change, explaining that under the old policy, Quebec not only regulated most international student tuition and also kept the difference between Quebec tuition— much cheaper—and the international tuition.

As of last fall, universities now keep 100 per cent of what they charge these students.

McGill said this week that it had settled on the new rates after a review of similar schools.

“Increases to international tuition are based, in part, on comparisons with other universities of similar size, mission, and caliber to McGill,” the school said in a statement to CTV.

The university also says the tuition hike is meant partly to raise money to help other students.

It said it will allocate 30 per cent of net revenue from the tuition hike to student aid funds, which were almost depleted before the pandemic hit.

However, many of those being charged the biggest hike aren’t generally eligible for this aid. For all international students, applying for aid is an incredibly complicated process.

At the School of Continuing Studies, students “as a whole are currently ineligible for McGill student aid" and international students like Alqudci face even more restrictions, according to the MACES petition.

There may be a general impression that international students come from rich families and can afford whatever bill they’re sent. For some, that may be true, but for many it’s not, especially for School of Continuing Studies students, said Giorgia Howe, a student at the school and a spokesperson for MACES.

“I would probably guess that's a common misconception,” she said. “I believe that many international students do have to take out loans, because…they're required to show up front that they're able to afford their tuition and their cost of living before they get their visa.”

With reporting from Luca Caruso-Moro