Condolences are pouring in for the family of Montreal Canadiens legend Guy Lafleur, who died at the age of 70.

The Habs icon, who hailed from Thurso, Que. won five Stanley Cups and remains, to this day, the team's all-time scoring lead.

He is currently 29th on the NHL's all-time points leader list.

Lafleur had been diagnosed with lung cancer after a white spot was discovered in a scan in September 2019.

The Centre hospitalier de l'Université de Montréal (CHUM), which had been treating Lafleur, says it was sad to hear the news of his passing.

"Throughout the treatment period, the entire team and I were marked by his great generosity, courage, calm and resilience," said Dr. Mustapha Tehfe, hematologist-oncologist at the CHUM. "Rest in peace, Mr. Lafleur."

The hospital said the hockey legend underwent surgery before receiving immunotherapy and chemotherapy when his cancer returned the following fall. 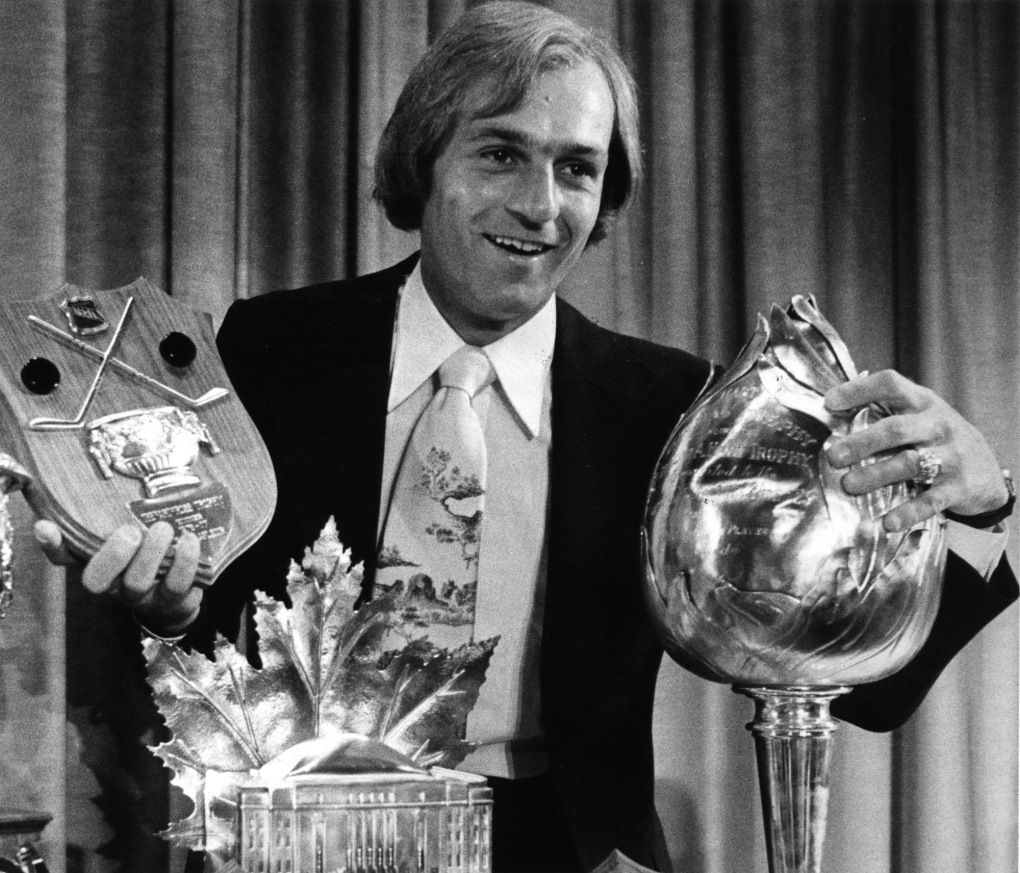 Guy Lafleur is shown in a June 1977 photo with the Art Ross, Conn Smythe and Hart trophies he won in the 1976-77 National Hockey League season. They were the best of the best - the 1976-77 Montreal Canadiens team that set records that have never been erased: most points, 132, and fewest losses, eight. As the Canadiens mark their 100th anniversary on Dec. 4, there is much to celebrate. But perhaps no team excelled like this one. THE CANADIAN PRESS/Chris Haney

The Montreal Canadiens say the entire organization is in mourning after hearing about the loss of one of its ambassadors.

"All members of the Canadiens organization are devastated by his passing," said Geoff Molson, president of the Montreal Canadiens Hockey Club.

"Guy Lafleur had an exceptional career and always remained simple, accessible and close to the Habs and hockey fans in Quebec, Canada and around the world."

As he prepared to deliver a speech on Friday afternoon, Molson came close to tears and had to compose himself before beginning to speak, calling Lafleur a "symbol for a whole nation."

The entire Montreal Canadiens organization is mourning the loss of legendary Hall-of-Famer and Canadiens Ambassador Guy Lafleur, who passed away at the age of 70.

The team says it plans to reveal further details on how it will honour Lafleur's life at a later date. 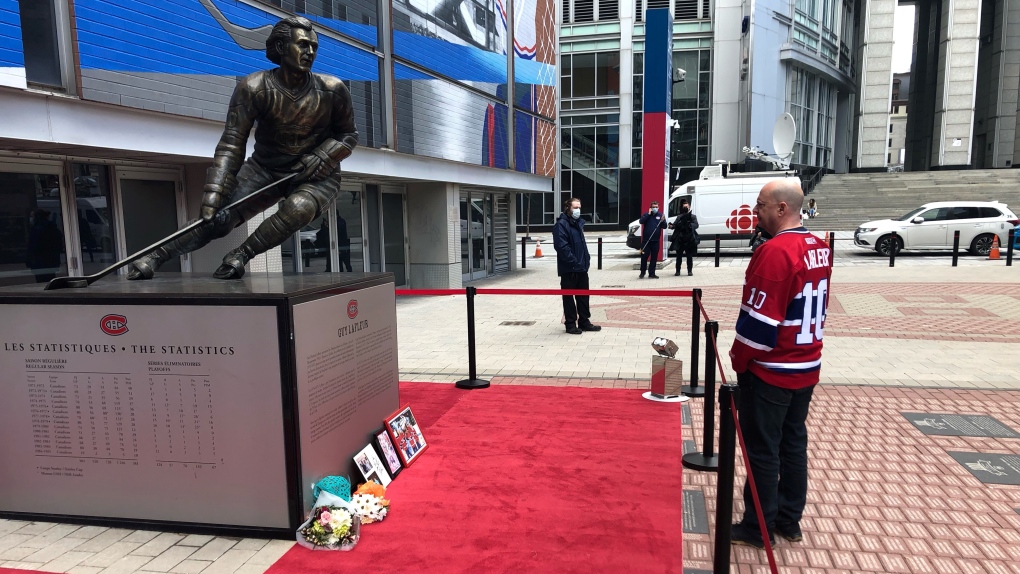 “You didn’t need to see Guy Lafleur’s name and number on his sweater when ‘The Flower’ had the puck on his stick. As distinctively stylish as he was remarkably talented, Lafleur cut a dashing and unmistakable figure whenever he blazed down the ice of the Montreal Forum," he said.

“The National Hockey League mourns the passing of the iconic Guy Lafleur.”

"We lost two hockey legends this week," he wrote, referring to Lafleur and Mike Bossy. "It was an honour to play with both."

The Pittsburgh Penguins posted a picture of Lafleur in black-and-white on the bench waving to the fans. Behind him, a young Mario Lemieux.

"Our thoughts are with Guy's family, the Montreal Canadiens, and all those who watched in awe as Guy Lafleur sped down the ice with hair flowing in the wind," the Penguins wrote.

The Penguins join the hockey world in mourning the loss of Hall-of-Famer Guy Lafleur.

Our thoughts are with Guy's family, the Montreal Canadiens organization, and all those who watched in awe as Guy Lafleur sped down the ice with hair flowing in the wind. pic.twitter.com/Mp4KUrs7pz

Former Habs player Georges Laracque took to Twitter to say that "once again, the hockey world lost a giant, our idol Guy Lafleur."

"Quebec is in mourning," he continued. "Guy was an exceptional man, generous and very close to his fans."

"Guy Lafleur, or 'The Flower,' was unlike anyone else on the ice," he tweeted.

"His speed, skill, and scoring were hard to believe. A record-setter and a five-time Stanley Cup champion, he inspired countless Quebecers, Canadians, and hockey fans around the world. We’ll miss you, Number 10."

Guy Lafleur, or “The Flower,” was unlike anyone else on the ice. His speed, skill, and scoring were hard to believe. A record-setter and a five-time Stanley Cup champion, he inspired countless Quebecers, Canadians, and hockey fans around the world. We’ll miss you, Number 10.

Quebec Liberal Party (PLQ) Leader Dominique Anglade wrote on Twitter that Lafleur was a hockey player "who marked my childhood and that of an entire generation. His legacy will remain forever engraved in the hearts of Quebecers."

"A hockey legend in our country and elsewhere," she tweeted. "Thank you for your contagious passion and your enthusiasm on the ice that fascinated us all."

The Quebec premier's office has offered Lafleur's family a national funeral, which is a type of state funeral, to honour the hockey great, should they so wish. The province is also looking at giving his name to a highway that winds through the rural area where he grew up, between Montreal and Ottawa, north of the Ottawa River.

With Jean Béliveau's death in 2014 and Henri Richard's passing two years ago on March 6, 2020, the Habs' top three points leaders have now all passed. 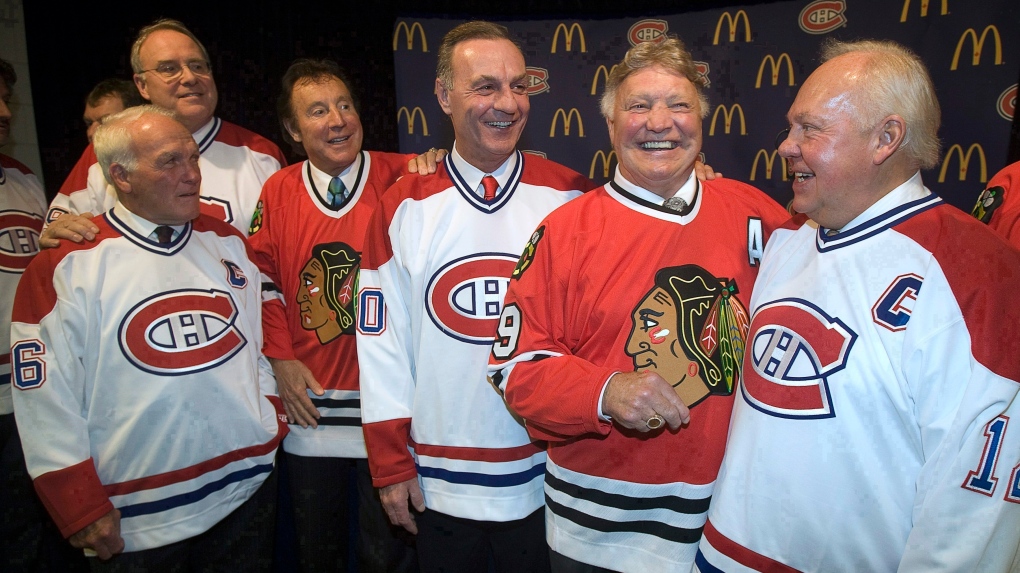 Lafleur passed away the same week as fellow goal-scoring NHL legend Mike Bossy, who died at the age of 65 after being diagnosed with lung cancer.

He leaves behind his wife Lise, his sons Martin and Mark, his mother Pierrette Lafleur, his granddaughter Sienna-Rose and his sisters Lise, Gisèle, Suzanne and Lucie.