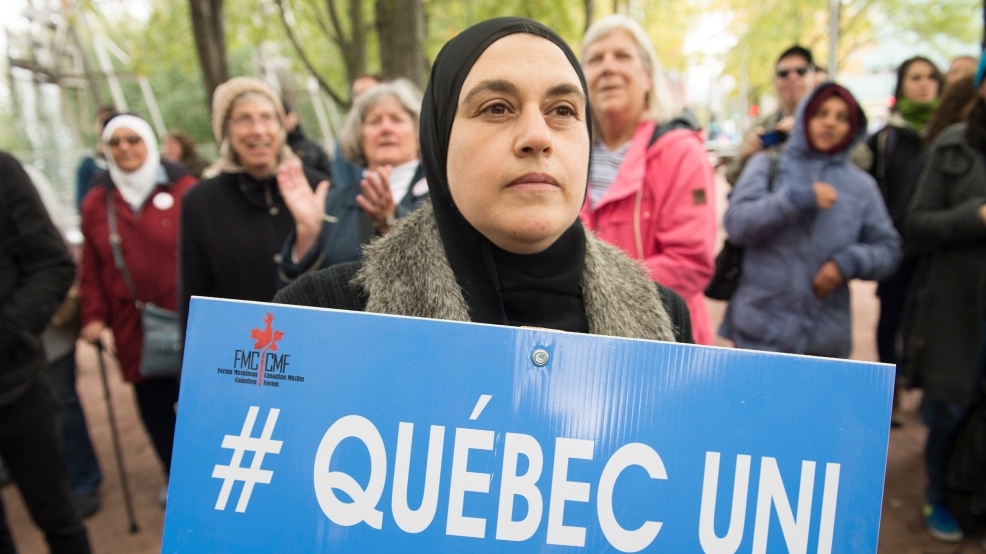 MONTREAL -- Groups battling Quebec's secularism law in court have applied to the Supreme Court of Canada for leave to appeal a decision refusing to suspend the law pending a full legal challenge.

Both the Quebec Superior Court and the province's Court of Appeal have refused a request by a national Muslim organization, a civil liberties group and a university student who wears the hijab to have the central elements of the law suspended while their full legal challenge is heard.

The law, known as Bill 21, prohibits some public sector workers, including teachers and police officers, from wearing religious symbols at work.

In a 2-1 ruling on Dec. 12, the Appeal Court acknowledged Bill 21 was causing harm that may be serious and irreparable. However, the court said its inclusion of the notwithstanding clause meant it should not be suspended, upholding a Quebec Superior Court decision. The Charter of Rights and Freedoms' notwithstanding clause allows governments to shield legislation against court challenges for the violation of fundamental rights and freedoms.

The National Council of Canadian Muslims (NCCM), the Canadian Civil Liberties Association (CCLA), and the plaintiff Ichrak Nourel Hak say they are following up on a promise to see the case through.

The Supreme Court must decide whether it will hear the case.