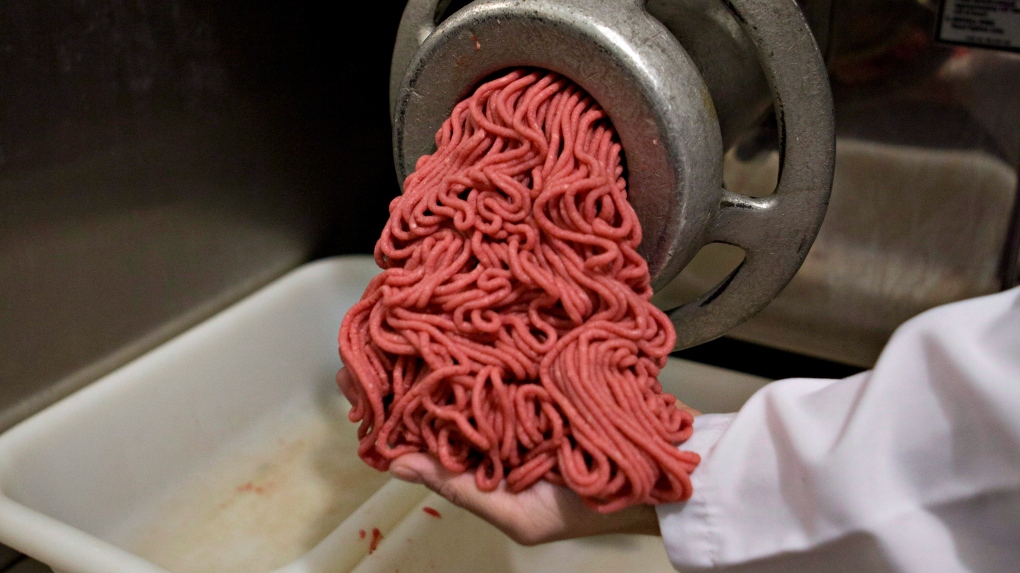 MONTREAL -- The Canadian Food Inspection Agency issued a recall for a series of raw beef and raw veal products due to a possible E. coli contamination.

The recall stems from several past recalls originating at the Ryding-Regency Meat Packers Ltd. slaughterhouse in Toronto.

A variety of meat from Alpha Meat Packers Ltd. in Quebec and Prepared for Food Basics meat in Ontario should be avoided and retailers, distributors and food service establishments should not sell the recalled products.

Alpha Meat Packers processes meat for both restaurant chains and retail food chains in Quebec and Ontario, and the meat in question came from the Toronto slaughterhouse, which had its license suspended Sept. 17.

Since the suspension, the CFIA has issued a number of recalls for meat coming from the slaughterhouse.

Ryding Regency responded in an emailed statement that it is cooperating fully with the CFIA in its investigation.

"CFIA is currently conducting a food safety investigation to identify program elements that need to be enhanced and strengthened," wrote Neil Brodie. "We are co-operating with the CFIA to ensure that all requirements are being met and that improvements are being implemented to strengthen our daily business practices and continue our history of producing safe, high quality locally raised food products."

"As a result of these findings, and as a precautionary measure, we have decided to voluntarily recall products from these specific production days," wrote Neil. "Ryding Regency did not knowingly release any contaminated products and no issues have been raised by our customers."

Alpha Meat Packers director of operations Terry Tountas explained that none of Alpha's products have tested positive for E. coli, but because the slaughterhouse supplied meat to Alpha, the company needed to recall the listed products.

"Since we buy from them, we have to recall those products," said Tountas.

All the Alpha products listed in the Oct. 4 CFIA recall were packaged in May and June and would be expired unless frozen.

Tountas added that Alpha tests all meat when it arrives in Anjou.

"We do have procedures in house and test the ground beef daily, and test all raw materials that go into ground beef," said Tountas. "We're not the source of this recall. Unfortunately, we may have been in contact with some of this product."

There have been no reported illnesses related to the contamination.

The CFIA advises those who feel symptoms related to the recalled products to consult a doctor.

Recalled products should be thrown out or returned to the store they were purchased from.

"Food contaminated with E. coli 0157:H7 may not look or smelled spoiled, but can still make you sick," the CFIA writes on its advisory.