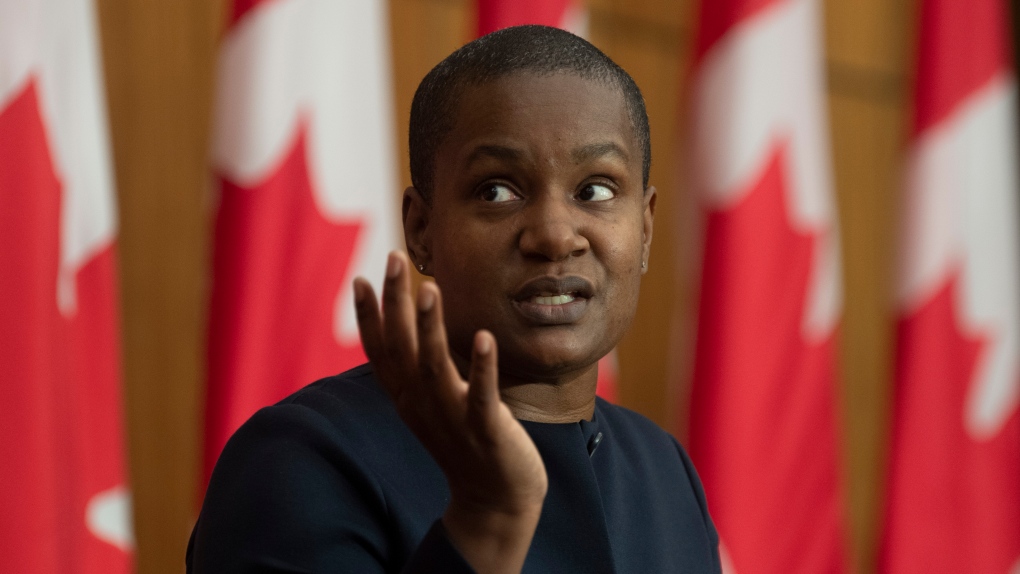 OTTAWA -- The leader of the Green Party of Canada took the opportunity of a conversation with Quebec Premier Francois Legault to try to convince him of the existence of systemic racism.

Annamie Paul, a Black woman elected head of the Greens last October, spoke for the first time with Legault last Monday. The meeting focused on the increase in health transfers.

Paul had just participated in the commemoration of the anniversary of the attack on the Grand Mosque of Quebec City. She wanted to relay the grievances of the organizers who demand that Legault recognize the existence of systemic racism.

In an interview with The Canadian Press, she said she tried to convince Legault that systemic racism exists in institutions, both in Quebec and in the rest of Canada.

"It's especially important right now to recognize it because if you don't recognize it, you can't work to take it apart," said Paul, speaking of her conversation with the Quebec Premier.

She said that Legault told her about Quebec's actions to fight racism, in particular the setting up of an action group which recommended no less than 25 measures.

Paul finds it "encouraging" to know that there are initiatives underway, but she believes it was "important" for her to stress the very real concerns of minority groups.

The CAQ government still refuses to recognize the existence of systemic racism, a situation that has created a stir with Prime Minister Justin Trudeau, among others.

More recently, it was those close to Atikamekw mother Joyce Echaquan, who died surrounded by racist abuse at the Joliette Hospital, and the co-founder of the Islamic Cultural Centre of Quebec Boufeldja Benabdallah, who urged Legault to recognize systemic racism.

Paul is not losing hope, however. She said her first contact with Legault was very cordial, if not friendly, and she hopes to have a chance to continue the discussion with him in person once the restrictions are lifted.

"If we want to work together, even if we have differences, it is important to have open lines of communication," she said.

It is clear, however, that Paul's intervention did not change anything.

"As for our position on the 'systemic racism' issue, it is known to all and remains unchanged," said Legault's press secretary Ewan Sauves.