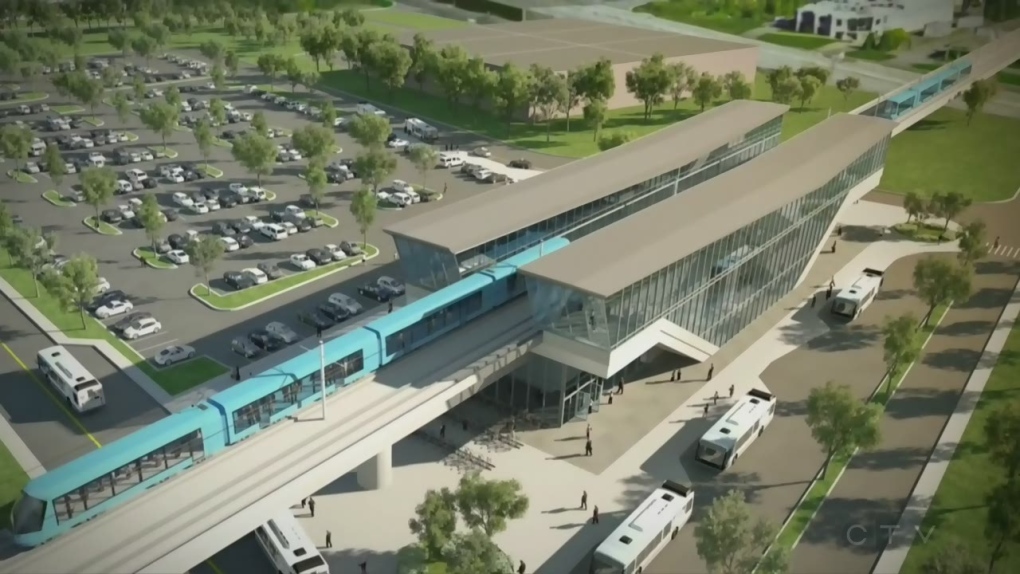 The executive committee of the Montreal Metropolitan Community (CMM) is asking the provincial government to increase taxes to pay for the REM electric train line.

The proposal is the the cost of car registration in off-island suburbs would be increased to pay for public transit. Such a fee already exists for drivers on the island of Montreal.

The CMM represents 82 municipalities on and off the island, and its executive committee is led by Montreal Mayor Valerie Plante.

The CMM released a statement Tuesday saying that construction of the REM and highway work in and around Greater Montreal is creating traffic problems, and as such the region needs more public transit funding to reduce the number of cars on the road.

It says a tax increase -- devoted to public transit -- will improve traffic flow and make it easier for people to commute.

On Wednesday morning the minister responsible for Montreal, Chantal Rouleau, said she did not like the idea of increasing taxes on suburban car owners by $50 per year.

"We said during the electoral campaign that we wanted to give back money. We certainly don't want to increase taxes," she said.

Rouleau was a borough mayor in Montreal before being elected to the National Assemby.

The CMM's transportation commission is expected to deliver a report about financing options for public transit in February.

In the meantime the CMM states that the costs associated with construction measures are not always taken into account, and so ignored by the provincial government.

A rare exception is the extra funding devoted to public transit around the Turcot Interchange, although the funding was only implemented last year, several years into the massive construction project.

Last August, Mobility Montreal drew up a list of other suggestions including the creation of park and go lots around the island to make car-pooling or taking public transit easier.

Mobility Montreal has also proposed the addition of bus and commuter train departures and the renewal of bus lanes.