Future Quebec elections to be held on first Monday in October 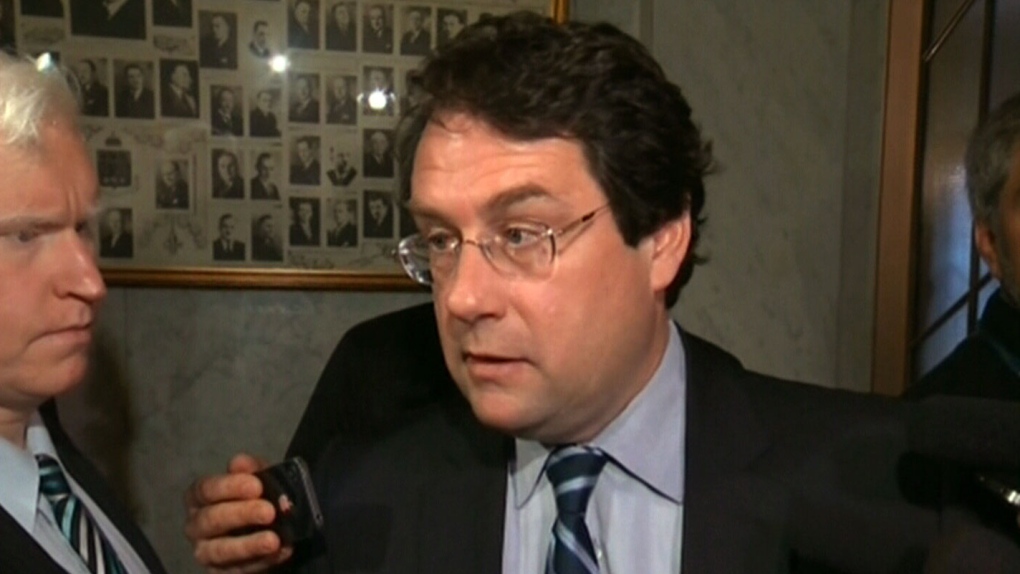 Bernard Drainville, a Parti Quebecois cabinet minister, speaks to the media, Wednesday, May 22, 2013.

Quebec elections will henceforth take place on the first Monday in October, once every four years.

All parties signed on to the idea, as the National Assembly unanimously adopted the fixed-date election law, Bill 3, on Friday, the last day before the summer break.

The next election would therefore be scheduled on Oct. 3, 2016 but because of the minority status of the current government, the schedule will likely not apply to the next popular vote.

Moreover, the premier will still have the right to ask the lieutenant governor to call an election before the scheduled date.

The law also allows the chief electoral officer to hold an election on a different date in the event of a major disaster but no postponement clause for religious holidays has been included.

“The principle of religious neutrality of political institutions has informed the government's decision,” said Minister for Democratic Institutions Bernard Drainville.

Nova Scotia is now the last Canadian province without fixed election dates as nine provinces, the Northwest Territories and the federal level now have set dates.

That system has sprouted suddenly considering that not a single province had it until 2005, when British Columbia initiated the measure to spearhead a national trend.

However, as the legislature rose for the summer break Friday, there was a reminder of the limitations of a fixed-date mechanism under Canada's parliamentary system.

The Parti Quebecois government has only a minority in the legislature and the official Opposition was musing Friday about toppling it sooner than 2016.

Liberal Leader Philippe Couillard said his party could be ready to go as early as this fall.

"We're not limiting ourselves to the spring of 2014 or 2015," said Couillard, who did not run in last year's election and does not have a legislature seat.

"By the fall, we'll have the outline of our electoral program and the organization to fight an election campaign," he said.

The Liberals would need the support of the Coalition party to bring down the minority government and speculation has floated that wouldn't happen until the next provincial budget in the spring.

The political math also makes it difficult for both main opposition parties to be popular enough at the same time and combine forces to trigger an election.

As is the norm in Canada's democratic system, the premier still has the discretion to ask the lieutenant-governor to dissolve the legislature and elections can be postponed because of emergencies such as natural disasters.

Prime Minister Stephen Harper did just that in late August 2008, when he ignored his own fixed election-date law and visited the governor general to get a dissolution of Parliament.

At the time, economic storm clouds were rolling in and opposition parties were suggesting they might eventually topple the then-minority government. Harper sidestepped his own law and rushed into an election under his chosen timetable.

With the Harper Conservatives now safely in majority territory, it's expected the next election will proceed as scheduled on Oct. 19, 2015.

The Parti Quebecois had promised in the last election campaign to bring in fixed election dates after accusing then-premier Jean Charest of manipulating dates to improve his chances of re-election.

Charest called the last election during a summer pause in the province's corruption inquiry, and during student strikes, which changed some of the election narrative. His Liberals, who were deeply unpopular according to opinion polls, came within a whisker of winning.

The new government is hardly more popular. In fact, recent polls suggested the PQ could be supplanted by the Liberals again.

In giving her evaluation of this latest legislature session, Premier Pauline Marois admitted that the government had been too hasty in some of its efforts and she chalked that up to "enthusiasm."

She noted the angry debates that surrounded the toughening of the province's language laws -- legislation that now appears in trouble.

There were also bills to enable chronically suffering patients to end their lives; legislation covering mining royalties; and the government's distancing itself from nuclear power and asbestos.

"I think we put too many projects forward without having the time to demonstrate, to explain and promote," Marois said. "We'll work on this in the coming months."

Two key issues will be the focus of debate in the fall -- the proposed charter to make Quebec more "secular" and new legislation to strengthen language laws.

Even the fixed-election bill became caught up in the identity debate: the Liberals had briefly resisted the October 2016 date because it coincided with the Jewish Rosh Hashannah holiday.

The Liberals relented after their resistance drew scorn from opponents, and Jewish groups expressed indifference to the issue.

The premier took responsibility for some of the uproar over some issues.

"I am the conductor so I acknowledge that some actions have been too quick," she said.

"We wanted to get Quebec moving, I think it did move. The results are there. Now maybe we can proceed more calmly."

However, she added that moving quickly was possibly not the wrong thing to do. She said people wanted cleaner government, and social peace after last year's student unrest.

And Marois said her government has provided that.