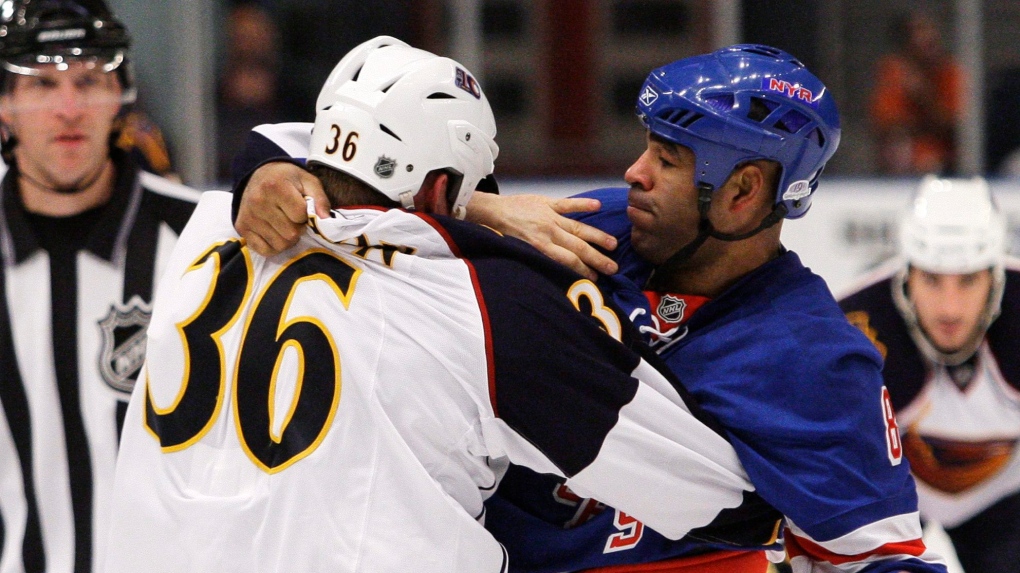 According to Le Journal de Quebec, the former tough guy had been hired to lend a hand to the franchisee and former Hab partly because of a local labour shortage.

"We have just started, he is here to help me," Sevigny told the French newspaper. “We’re going one day at a time, we’ll see how it goes.”

Photos show a smiling Brashear standing in plain clothes behind the drive-thru window at the Bouvier Street location.

While Brashear made more than $15 million during his playing years, he has had financial and legal problems since his retirement.

News of Brashear's stint at Tim Hortons quickly spread on social media after the French newspaper report, with many readers blasting the story as "job shaming".

"Loved Brashear when he was on the caps... not everyone can play the game forever and there’s no shame in finding viable work after his careers over. This is a nonstory," reads a comment.

"Donald Brashear working at a Tim’s Horton is not “sad” or “pathetic.” He’s actually working to take care of himself and nothing is wrong with that. What it is, though, is a cautionary tale of when you make millions of dollars you need to be wise with it and protect your future," reads another.

After news of Owens’ employment was published by multiple media outlets, a legion of social media users and industry workers jumped to the 57-year-old actor’s defence, with some tweeting their own personal stories about juggling multiple jobs during their careers with the hashtag #ActorsWithDayJobs.