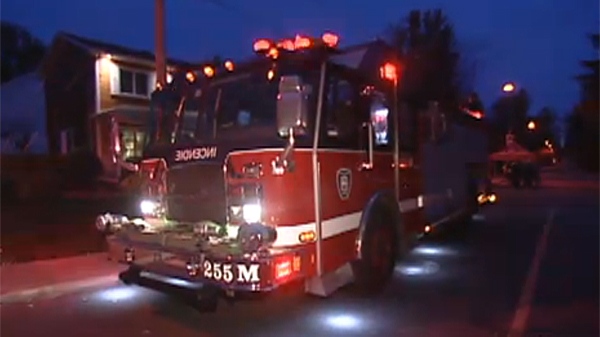 The arson squad is investigating a small fire that broke out overnight in Riviere des Prairies.

The fire began after midnight on the second floor of a townhouse on 64th Ave.

Damage was relatively minor, and nobody was injured since nobody was home when the fire began.

However the cause of the fire seems suspicious enough that the investigation was transferred to the police department.

Officers say the people who live in the home are known to police, although they would not say what has brought them into contact with the law.