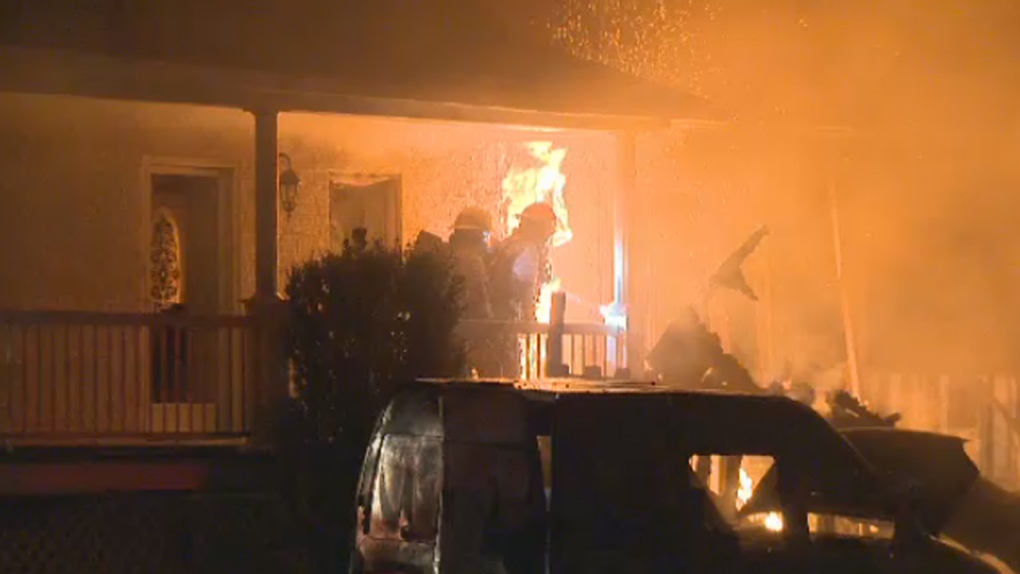 Firefighters arrive at the scene of a garage and house fire in L'Epiphanie (May 17, 2013)

The Surete du Quebec is investigating a fire that destroyed a building and badly damaged several others in L'Epiphanie.

The fire began at 2:30 Friday morning at 45 Ste. Anne St. in a garage between two homes.

60 Repentigny firefighters rushed to the scene and battled the blaze for an hour and a half before getting it under control.

When the flames were out the garage was destroyed as was a van parked nearby.

The fire caused heavy damage to a house on one side of the garage, while its neighbour was less badly burnt.

Four people managed to escape their homes without any injuries.

The cause of the fire is not yet known but it's not believed to be accidental, which is why the SQ is now investigating.

Officials believe this fire may be related to a rash of fires in recent weeks. Not only sheds and garages, but several dwellings have caught fire under suspicious circumstances.