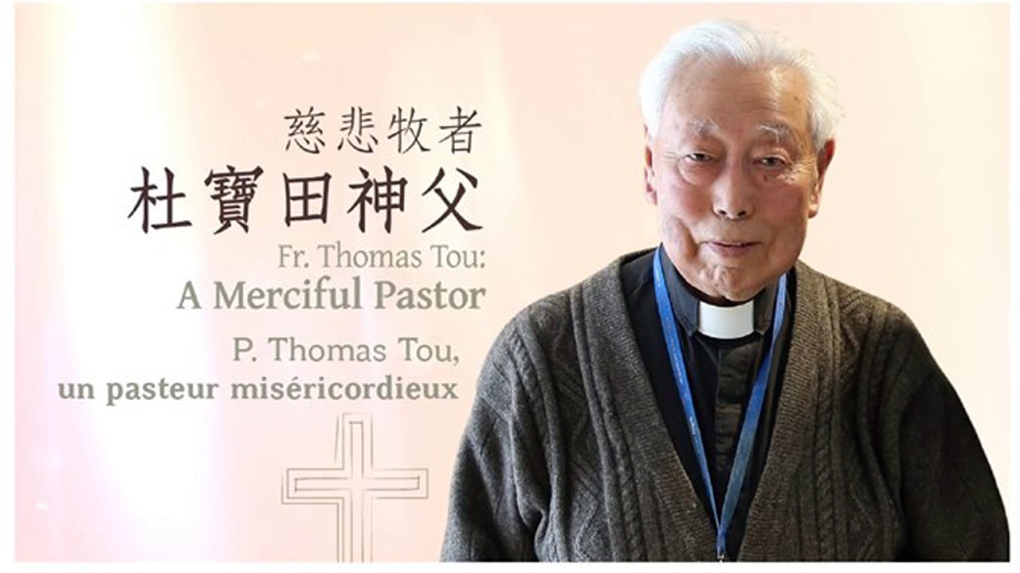 The first Catholic priest in Montreal, Father Thomas Tou, died Sept. 5, 2019 after being a pillar of the Chinese community for over half a century.

The Chinese community of Montreal bid farewell to Father Thomas Tou, a highly respected pillar of the community for half a century Saturday.

Fr. Thomas Tou (1921-2019) was born in Beinanfeng, China and arrived in Canada in 1957 where he devoutly dedicated his life to the Montreal Chinese Catholic Mission. He officially retired in 1998, but, due to parish needs, returned to serve until 2013.

The wake went for two days and hundreds of people came to pay their respects.

"He did everything," said Pauline Wong, former president of the Montreal Chinese Hospital. "Not only within the church. He was like a social worker. There was nothing that he could not do for his people."

Father Tou passed away Sept. 5 at 97 years old and was laid to rest Saturday at the Saint-Esprit Montreal Chinese Catholic Mission.

"Father Tou is probably one of the greatest leaders of our community," said Ed Chin. "He was quite a visionary. For the kids, he built schools to help them integrate, summer camps and scholarship programs. For the elderly, he built old age homes that helped all the seniors that didn’t know how to speak French and English. So many people benefit from Father Tou."