As dozens of people gathered to remember the life of 16-year-old Jannai Dopwell-Bailey, relatives and community members are saying there is a “double standard” of support from elected officials.

Dopwell-Bailey’s death shocked the city as citizens struggled to cope with the loss of a 16-year-old boy to such a violent crime allegedly at the hands of another boy his same age.

On Sunday, Thomas Trudel, another 16-year-old boy was fatally shot in the Saint-Michel neighbourhood, leading people to wonder why such violent crime is gripping the city, including youth, and how easy it is to get access to guns.

His death prompted an outpouring of support from the Quebec premier and Mayor Valerie Plante, but Tyrese Dopwell-Bailey said his brother wasn’t treated the same way as Trudel after his death.

"Jannai got a lot of support from the community, but not from officials and people in political power, and that’s what we need," the teen’s brother said.

The criticism from the family comes one day after Premier François Legault was judged on social media for laying flowers at a makeshift memorial for Trudel, but not offering the same kind of support for Dopwell-Bailey. A vigil was held the week of the teen's death, but such high-profile figures didn't attend.

Reacting to a photo on the premier’s Twitter account showing him laying flowers, one person responded, “where was he for Meriem and Jannai??”

One person also wrote “what hypocrisy” while another said, “to the family of Meriem Boundaoui and the family of Jannai Dopwell, know that the population sympathizes with you .... too bad our premier does not act like this with you,”

The premier's office did not respond to CTV News' request for comment on Friday.

Mayor Plante also convened a press conference following the death of Trudel with the police chief to condemn the killing and offer condolences to the family.

"Our heart is with them," said Plante at the time. "Their loss is unbearable, and we're going to do everything to find out who did that."

Dopwell-Bailey’s family told La Presse that the mayor was invited to the Oct. 22 vigil, but did not respond. In a statement, her office told the newspaper that she was upset by the tragedy and that mayor-elect of the Côte-des -Neiges – Notre-Dame-de-Grâce borough, Gracia Kasoki Katahwa, and the district councilor, Magda Popeanu, attended the service.

‘I WANT JUSTICE FOR MY SON,’ MOTHER SAYS

Loved ones shared their happiest memories of the young boy at the St-Paul's Anglican Church Friday, remembering his charm, his energy and his love for “dancing and singing.”

“It’s overwhelming. I don’t know what to say. I just thank everyone who supported me and helped me and I hope the public [does] something about it. About the young children like my son because it’s not easy,” said the victim’s mother, Charla Dopwell, following the service. 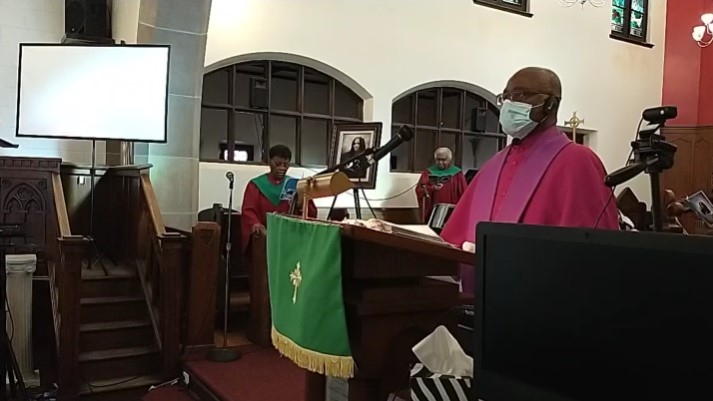 A priest speaks during a funeral service for Jannai Dopwell-Bailey on Friday, Nov. 19, 2021. (Source: funeraweb.tv)

A priest speaks during a funeral service for Jannai Dopwell-Bailey on Friday, Nov. 19, 2021. (Source: funeraweb.tv)

She urged young people to stick to their dreams — much like her son aspired to do with his passion for rapping — and to “do it for Jannai,” she said, in tears.

“And I need justice for my son. Because he didn’t deserve it. He’s just 16 years old,” she said.

Empathizing for Trudel’s family and what they’re going through, Dopwell said the teen was just a child, “just like my child.”

“And it hurts and I’m sorry that happened. I’m sorry for that.”

The teen's cousin, Onica John, called on teenagers to stop the violence playing out on the city's streets.

"This is real life, this is not a video game. You can’t press and rewind things that you do," she said.

"Let Jannai and let Thomas be the last of this."

‘NO CHILD SHOULD HAVE TO GO THROUGH WHAT JANNAI WENT THROUGH’

Dopwell-Bailey's funeral service was livestreamed for people to attend virtually.

People who knew him said he was a loving person who always made everyone feel good.

In his eulogy, Kevin George, Dopwell-Bailey's cousin, said he was considered by his friends a “caring” and “friendly” guy who was “always happy and energetic.”

“For me, Jannai was still a boy. An adolescent, blossoming and beginning to recognize his purpose, his potential, his power. He was a beautiful prince who had a heart of gold,” he said. 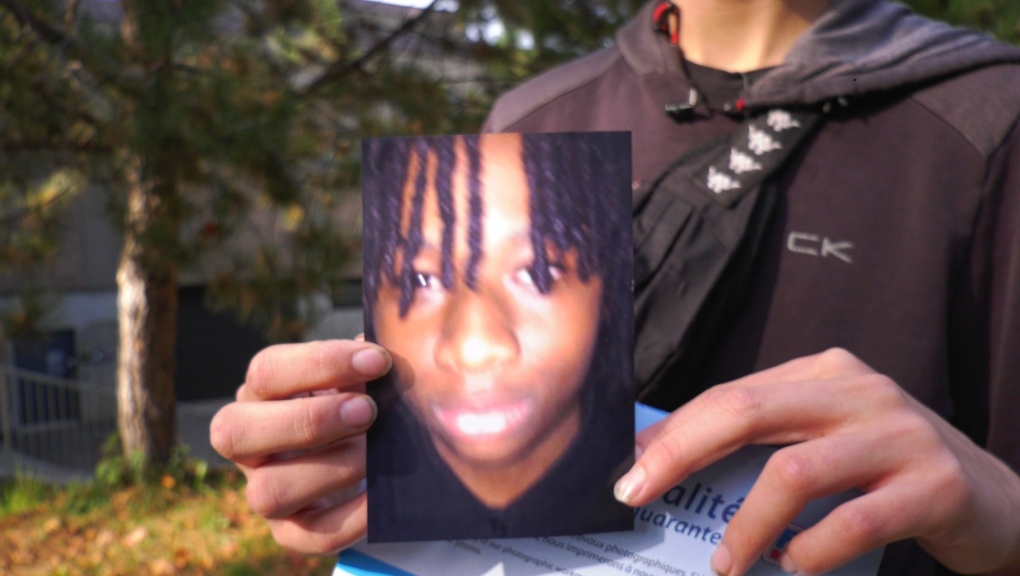 He lamented that Dopwell-Bailey never to got to see his true potential with his passion for rapping.

“I would have loved to have been in the recording studio with you when you were making your first rap song. I realized that you were just at the beginning process of recognizing your purpose, potential, your power," he said.

“I love you, Jannai. I feel your energy. Your voice is calling out for justice, crying out to make this world a better place for our children, for our youth.

No child should have to go through what Jannai went through.”

ONE ARREST MADE IN TEEN’S DEATH

Montreal police (SPVM) have arrested one person, a youth, in the Oct. 18 killing. The teen, who can’t be named because he is a minor, was charged with second-degree murder.

Witnesses at the time said there were three assailants, however.

Police said the incident started as a fight between a group of boys outside a nearby sports centre before moving to the school parking lot.

Investigators said after Dopwell-Bailey was attacked, he managed to run back inside his school, Programme Mile End in the neighbourhood of Côte-des-Neiges, to seek help.

He later died of his injuries, marking the city’s 25th homicide of the year.

Crown prosecutors say they plan to seek an adult sentence for the crime.