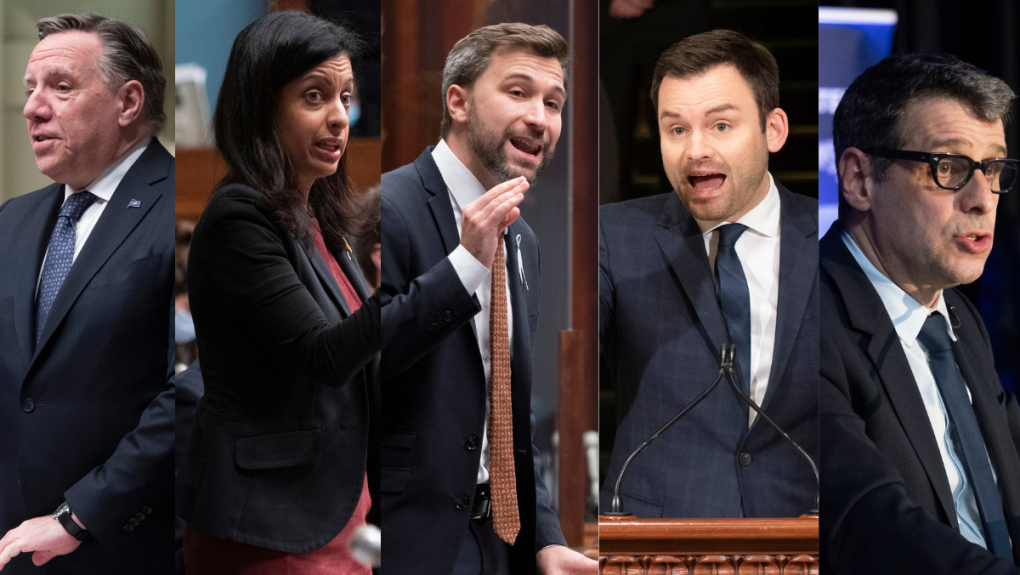 The coalition of Quebec environmental organizations Vire au Vert is calling for a leaders' debate exclusively on the climate crisis in the upcoming provincial election.

Fifty-six percent of Quebecers believe that such a debate would be "quite" or "very" relevant, according to a Léger poll commissioned by Équiterre.

"The political parties must bring these questions forward, answer them and present a concrete plan so that we can judge the plan and choose the party that offers us the best chance of getting out of this crisis and facing the difficulties that will last for decades to come," said Equiterre executive director Colleen Thorpe. "We're asking the media to organize this debate to make sure that the format allows for discussion of environmental issues, which has not been the case in the past."

She cited the 2018 provincial campaign, where "we had a 16-minute segment in a two-hour debate" at the media consortium debate, while "at TVA, there was no segment that was specifically about the environment."

"We are in a climate emergency just as we were in a pandemic emergency. There has been a lot of focus on the pandemic in recent years and in the public discourse," she said.

That is why, she said, climate should not be relegated to the back burner, when it impacts many issues such as "quality of life, personal security, public spending, the economy, transitioning jobs to sectors that have less impact on the environment, a just transition and ensuring that vulnerable populations are protected."

Meanwhile, only one-quarter of the population somewhat or strongly agrees that "the government is doing enough to adapt Quebec to the consequences of climate change."

"The current government has taken stock of its environmental achievements. Groups like Équiterre feel that it is not enough, that more needs to be done," said Thorpe.

The Leger survey was conducted from May 27 to 29 and involved 1,004 respondents. The firm says that "it is not possible to calculate a margin of error on a sample drawn from a panel," but that the usual maximum margin for such a sample is plus or minus 3 per cent, 19 times out of 20. In addition, the results were weighted by participant characteristics such as gender or mother tongue to fit the demographic portrait of Quebec.

-- This report by The Canadian Press was first published in French on June 6, 2022.