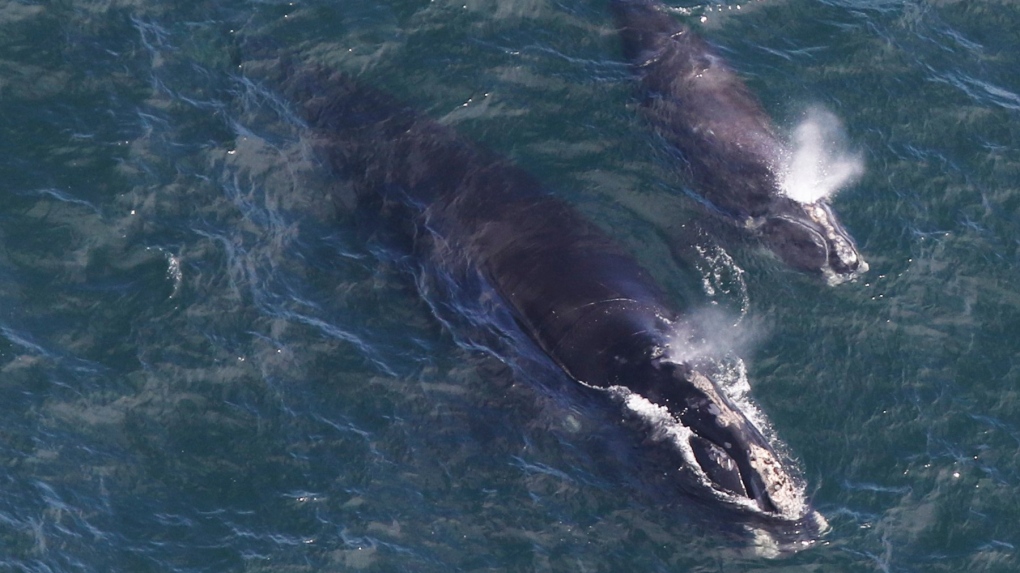 Fisheries and Oceans Canada is searching for an endangered North Atlantic right whale that was spotted Thursday entangled in some kind of gear east of Gaspe, Que.

The whale is a 14-year-old female known as Sundog.

Federal officials say marine mammal rescue agencies are on standby, though a disentanglement mission won't be attempted unless sea conditions are favourable.

It remains unclear what kind of gear needs to be cut away or where it came from.

We’re working to locate an entangled North Atlantic right whale that was spotted yesterday near Gaspé, Quebec. The whale has been identified as Sundog, a 14-year-old female last seen in March near Cape Cod, Massachusetts.

There are about 336 North Atlantic right whales in existence, and many spend their summers feeding in the Gulf of St. Lawrence.

Fifteen calves were observed earlier this year in waters off the United States.

How an increasingly popular supplement landed a man in the hospital

A British man's overdose on vitamin D is a cautionary tale for people who are considering adding supplements to their lives, according to a paper published Tuesday in the journal BMJ Case Reports.

As pandemic restrictions subside throughout Canada, medical professionals reflect on how the international health crisis has revealed the need to carry out discussions about dying.

Families of victims of the Nova Scotia mass shooting are pondering whether to continue participating in the public inquiry into the tragedy because key witnesses are being shielded from cross-examination.