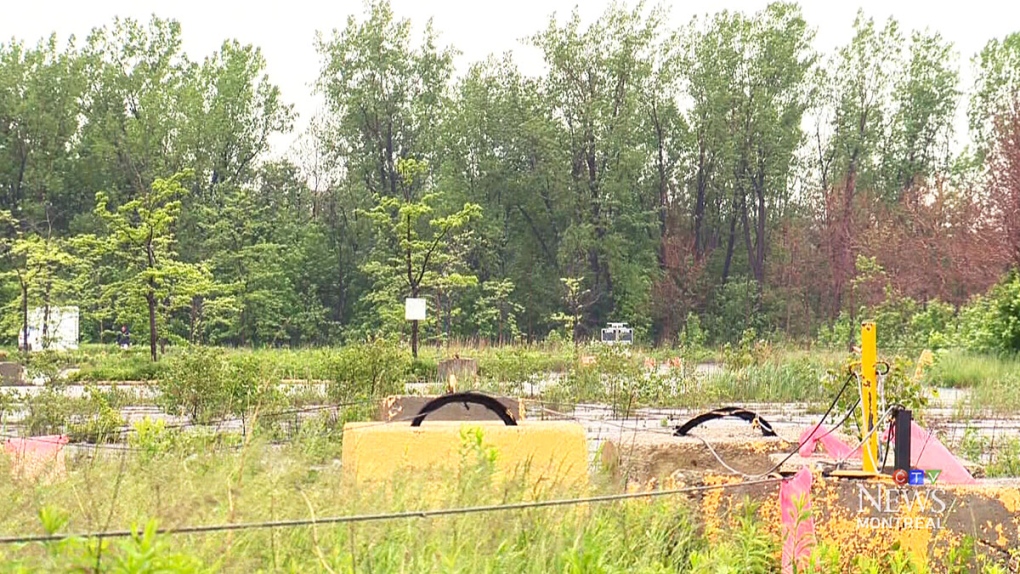 The abandoned Hippodrome de Montreal grandstand looks over a weed-choked field, a mountain of dirty snow covering the track where horses once thundered past on their way to the finish line.

In the almost 10 years since the harness racing track closed, the structure has been quietly decaying as a series of municipal and provincial administrations have struggled to put a plan in place for the immense track of land northwest of Montreal's downtown.

Now, that era will likely come to an end in the coming days and weeks as the city moves forward with plans to demolish the clubhouse and decontaminate the 434,000 square-metre terrain.

Before that, Montreal police and a team of social workers are expected to make a final scan to ensure no squatters remain.

The demolition comes none too soon, according to Coun. Marvin Rotrand.

Rotrand, who has represented the district since 1982, believes successive municipal administrations have wasted time in redeveloping the massive vacant terrain into family-friendly housing.

"It's a prime and choice site, and it's really nonsense that it's been allowed to remain vacant decade after decade," Rotrand said.

Various proposals have suggested placing anywhere between 3,000 and 8,000 condo units on the site, which is one of the largest parcels of undeveloped land that is relatively close to downtown and accessible by public transit.

Community activists are also lobbying for up to 2,500 social housing units on the site.

The demolition will be a sad moment for Sylvain Filion, a a four-time Canadian driver of the year who spent the first decades of his career at Blue Bonnets.

Filion says his earliest memories include playing in the packed grandstands as a six-year-old as the standardbred horses flew by.

"There used to be a huge crowd there for Sunday afternoon racing," said Filion, who moved to the Toronto area after the track closed down.

"You don't see crowds like that at the races any more. The ambience was just incredible."

Filion, 49, remembers the camaraderie in the barn, the friendly competition and the excitement leading up to big events, such as the Prix d'Ete held every August.

"I never thought they'd demolish that place," he said. "At one point it was one of the biggest tracks in North America."

At one time, the busy track employed thousands of drivers, trainers, grooms and race officials.

The city purchased the land in 1991 and sold it to the province seven years later.

Since the closure, various municipal and provincial governments have negotiated for a plan to redevelop the site, which served as a temporary concert venue for Irish rock band U2 in 2011 and as a temporary snow dump this past winter.

Last year, the province agreed to cede the land to the city in exchange for a share in the profits once the lot is parcelled out to developers for condo development.

Despite the upcoming demolition, Rotrand says any future housing remains years away.

"We're now at the stage where we're actually going to demolish, but doesn't mean anything will happen imminently," he said.