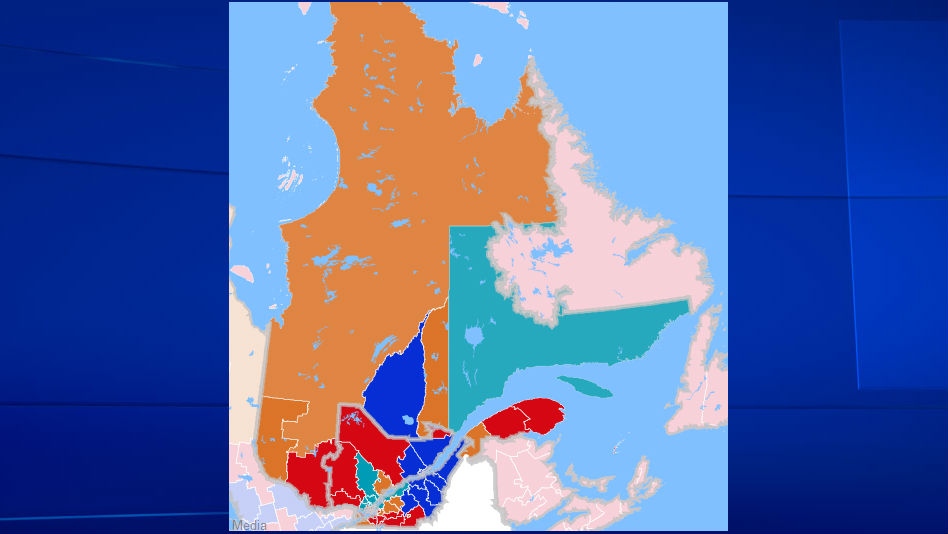 CTV reporters were fanned out across Montreal to cover the collapse of the NDP and the rise of the Liberals in Quebec.

As of 1:30 a.m. EDT, the Liberals had come away with about 40 ridings, the NDP won 16, the Conservatives won 12 and the Bloc won 10. Here are the results from a few hotly-contested ridings in this province:

“Sunny ways my friends, sunny ways,” Trudeau told a jubilant crowd in Montreal at the end of the night, invoking the philosophy of former prime minister Wilfrid Laurier.

“This is what positive politics can do.”

Liberal challenger Rachel Bendayan looked like she may upset NDP Leader Tom Mulcair in Outremont early in the night, but Mulcair captured the riding by about 3,000 votes.

Liberal candidate Anthony Housefather came out on top in Mount Royal, dashing Conservative hopes that candidate Robert Libman could capture a seat for the party in Montreal.

For the complete results from across the country, check out our map.